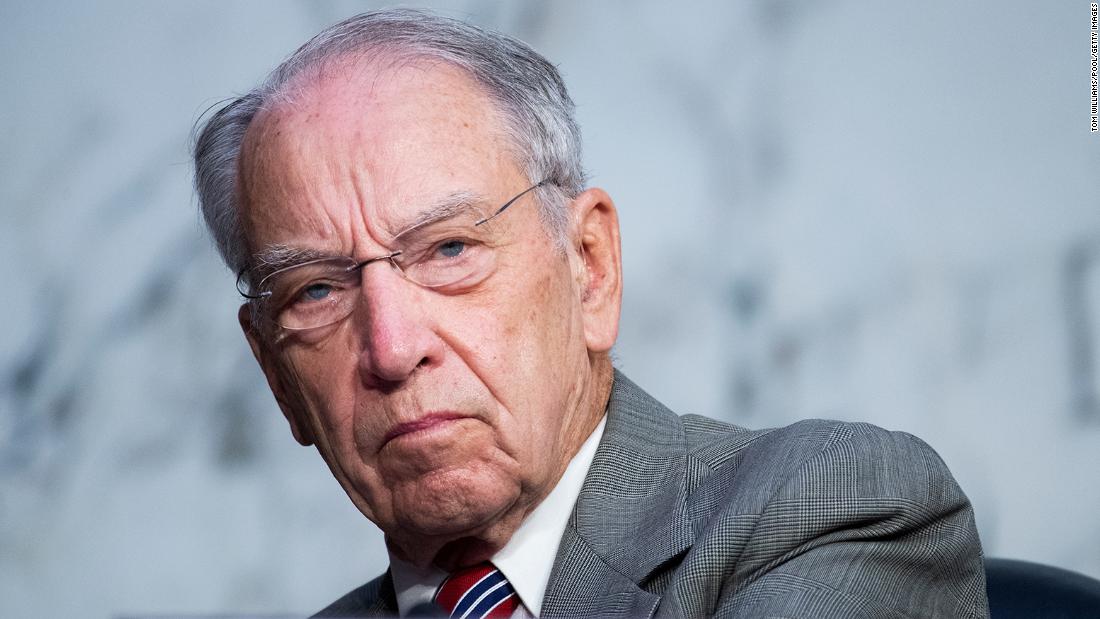 Chuck Grassley, the longest-serving Senate Republican, says Iowa voters are increasingly urging him to run again, and he’s now considering moving up his much-anticipated announcement about whether to extend his 40 years of service in the chamber.

Democratic Sen. Patrick Leahy of Vermont — a Senate veteran of 46 years who is third in line of presidential succession — says he’ll make a decision “after I go snow-shoeing and cross-country skiing.”

GOP Sen. Ron Johnson, who faces a tough path to reelection in Wisconsin next year, says deciding whether to seek a third term is on the “backburner” for him. And GOP Sen. Lisa Murkowski, who has been targeted by former President Donald Trump, has yet to explicitly say she will run again.

As the midterm election season begins to take shape, party leaders are closely watching the decisions the five senators make about their political careers, something that could reshape the body, spark internal jockeying for key leadership positions and alter the race for the next Senate majority.

Of the five senators, Johnson’s seat is most at risk of flipping to the other side in the 2022 elections. But if any of them call it quits, it’s bound to spark a furious competition for their seats within their own parties and open up key posts in the Senate.

For Thune, the 60-year-old who unseated then-Democratic Leader Tom Daschle in 2004 and has since risen the ranks in the GOP hierarchy, leaving now would take away the prospects of him becoming a successor to the longest-serving Senate Republican leader in history, Mitch McConnell.

“Obviously, the opportunities in leadership is a consideration — for sure, it’s a consideration,” said Thune, who won a seat in the House in 1996 before becoming a senator eight years later. “But there are lots of other (factors) too. … I’ve been doing it for 25 years. I think you gotta get into family considerations, personal considerations. And obviously it’s a place where we can make a difference, and that’s why you do it.”

Asked what he’s struggling with, Thune said: “It’s a six-year commitment.” And he said he and his wife are having conversations now about another run before making a final decision sometime in the fall.

Grassley, who turns 88 on Friday, said he hasn’t made a decision yet. Grassley in the past has dismissed polls suggesting many of his constituents want him to step aside, and he contended this week that he’s hearing “a lot of encouragement” from Iowans to run again. He said he had planned to have his decision made by November 1, but added: “I’m thinking about doing it sooner.”

“I’ve been getting a lot of encouragement from Iowans for the first time — they haven’t talked to me much about it until now,” Grassley told CNN.

“I think I keep the same schedule as when I was 65 years old, maybe even 40 years old,” he said with a laugh.

If Grassley were to step aside, it would spark a furious bid among Republicans in a primary to replace him, while giving Democrats some hope that they could pull off an upset in the rural state. And as the top Republican on the Senate Judiciary Committee, and one who also holds several influential committee spots, retiring would elevate other more junior senators to fill the void.

Grassley, who is the 10th longest-serving senator in history, is only more junior in the current Senate to Leahy — who has the fifth longest Senate service in US. history and currently chairs the powerful Senate Appropriations Committee.

“We always go snow-shoeing and all that and talk about it, and that’s worked out very well,” said the 81-year-old Leahy when asked about the timing of his announcement.

While Leahy represents a deep blue state that’s unlikely to flip no matter his decision, Johnson’s move would have major implications. Republicans are split on whether Johnson — a controversial firebrand who has allied himself closely with former President Donald Trump — would be the strongest candidate for their party in one of the nation’s most pivotal swing states. If he doesn’t run, there would likely be an intense GOP primary to replace him — something already shaping up on the Democratic side.

Johnson says he’s in no hurry

Top Republicans are eager for Johnson to make his decision, while Trump is lobbying him to run again.

Yet Johnson told CNN this week he feels no pressure to make a decision, citing how he waited until May 2010 to announce his bid for the Senate in the November midterms of that year.

“I just haven’t decided,” Johnson said. “I still have time. The only people that really want me to decide are the consultants, probably want to start raking in the bucks out of these campaigns.”

While Trump has made clear that he wants Johnson to run again, how he’d react to a Thune bid is another matter, especially since the former President called for a primary challenge against the South Dakota Republican last year for comments he made questioning Trump’s efforts to overturn his election loss.

Asked if the former President’s views of him had a bearing on his thought process, Thune told CNN: “I mean — I’ve moved on.”