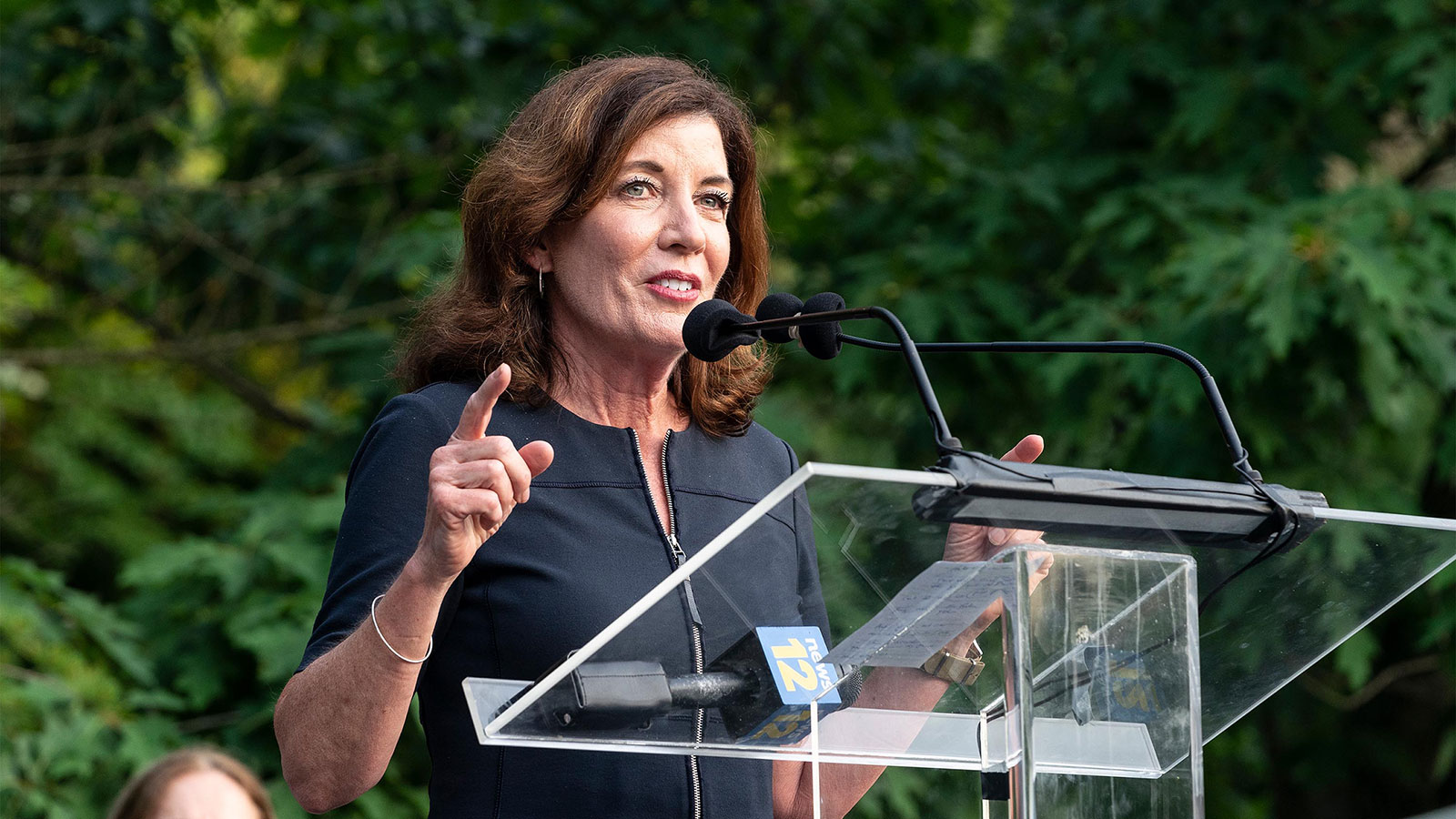 Her old campaign website touts her work on raising the minimum wage in New York to $15, push for the state’s paid family leave law, and advocacy for women. She led the governor’s “Enough is Enough” initiative to combat sexual assault on college campuses and co-chairs the state’s heroin and opioid abuse task force.

She first garnered national attention after winning a US House special election in 2011 for New York’s 26th congressional district. The seat had long been considered safe by Republicans, who held the district for four decades until Hochul’s victory. The election was seen as a proxy battle over a then-House Republican proposal to reform Medicare.

While in Congress, she introduced the Clothe a Homeless Hero Act, which directed airports to deliver unclaimed clothes at airport checkpoints to veterans organizations. Her bill became law in 2013. She lost her reelection bid in 2012 to former Republican Rep. Chris Collins in the redrawn district.

Over the years, she has shifted from being a more conservative-leaning Democrat — previously opposing granting drivers licenses to undocumented immigrants as eric County clerk and earning an endorsement from the NRA in 2011 — to backing more progressive stances on issues.

Her other past jobs include working at M&T Bank, as an attorney for a Washington, DC, law firm, and as legal counsel and aide to two former New York Democratic politicians — US Sen. Daniel Patrick Moynihan and US Rep. John Joseph LaFalce.

Hochul, along with her mother and aunt, in 2006 founded a transitional home in Buffalo for victims of domestic violence called the Kathleen Mary House. She told Politico in 2014 that her grandmother had been a victim of domestic abuse, which prompted her and her family’s activism on the issue.