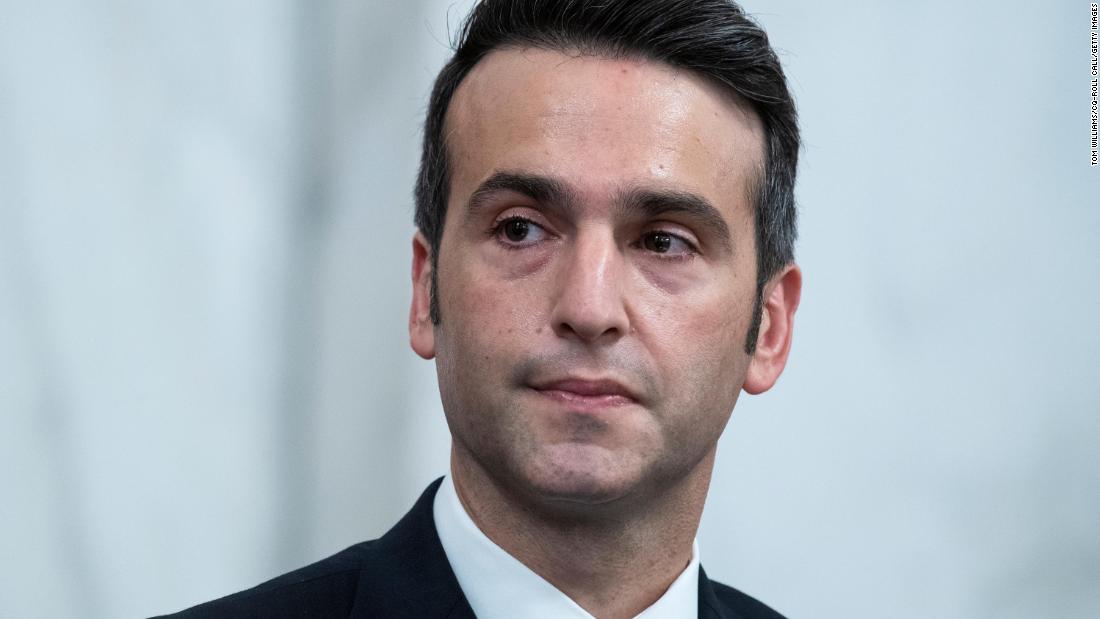 Patrick Hovakimian, chief of staff to then-acting Attorney General Jeffrey Rosen, wrote the resignation letter January 3 in anticipation that Rosen would be fired at an extraordinary meeting that day with the former President at the White House, according to people briefed on the matter.

“This evening, after Acting Attorney General Jeff Rosen over the course of the last week repeatedly refused the President’s direct instructions to utilize the Department of Justice’s law enforcement powers for improper ends, the President removed Jeff from the Department,” the draft letter, reviewed by CNN, says.

It’s among a trove of Justice Department documents turned over to House and Senate committees investigating events that led up to the January 6 US Capitol attack by Trump supporters who believed Trump’s false fraud claims.

Hovakimian spent more than three hours Tuesday being interviewed by the House Oversight Committee. He is among several Justice officials, including Rosen and Richard Donoghue, former acting deputy attorney general, who are expected to provide interviews in the coming days. An attorney for Hovakimian declined to comment.

The letter was addressed to top Justice officials but was never sent because Rosen survived the Trump meeting and stayed on until President Joe Biden’s inauguration. About a half dozen officials had signaled plans to resign if Rosen had been ousted, according to people briefed on the matter, an event that would have recalled the Nixon era Saturday Night massacre.

At the time the letter was drafted, Trump was contemplating replacing Rosen with Jeffrey Clark, acting assistant attorney general for the Civil Division, who behind the scenes had made clear to Trump that he was amenable to carry out the president’s wishes to pressure the state of Georgia to pursue fraud claims that the Justice Department had already investigated and found meritless. Clark had drafted a letter to be sent to Georgia officials laying out fraud concerns, but Rosen and Donoghue refused to send it.

In an episode seemingly out of one of his reality television shows, Trump had Clark and Rosen come to the White House where for hours they essentially vied for the attorney general’s job. For hours, Justice officials stood by waiting to hear the outcome of the meeting where Trump ultimately decided to not fire Rosen.

Clark is among the officials that the congressional committees have said they want to interview. CNN could not reach him for comment.