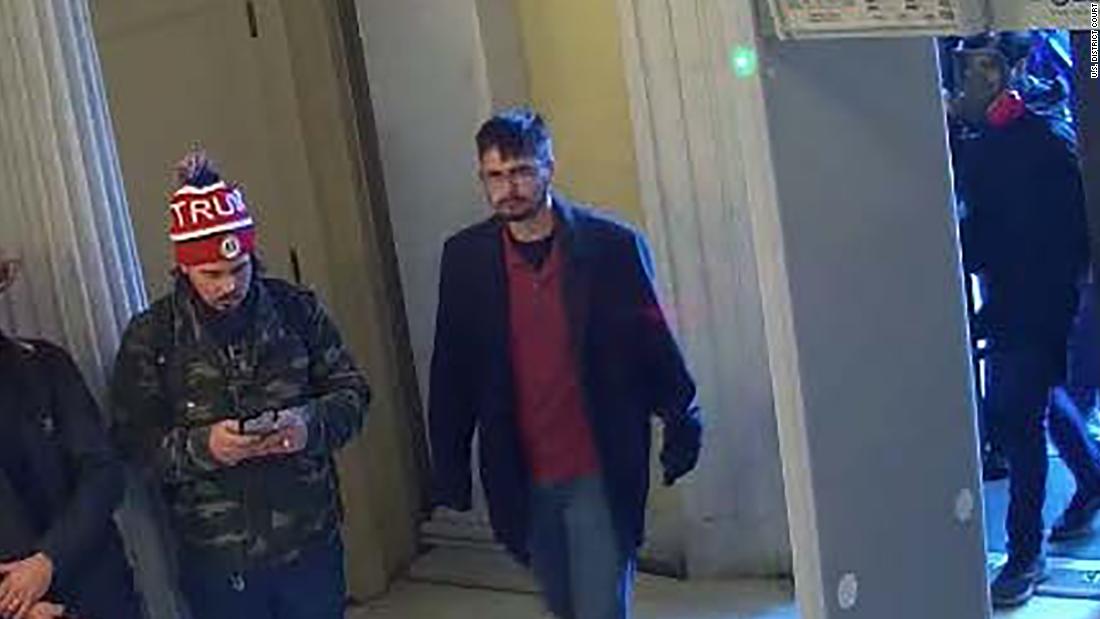 Brandon Prenzlin was charged last week with four federal misdemeanors for what prosecutors say was just over three minutes inside the Capitol.

According to court documents, a confidential source identified Prenzlin from video shot inside the Capitol on January 6. Investigators matched the images to his social media posts, including a March video in which he identifies himself as a grassroots coordinator with FreedomWorks.

Prenzlin is no longer listed as an employee on the FreedomWorks website. FreedomWorks did not immediately respond to a request for comment.

To confirm his identity, FBI agents also tailed Prenzlin at Ronald Reagan Washington National Airport in late June. There, Prenzlin appeared to be wearing the same blue sneakers he had worn inside the Capitol and in numerous pictures on social media.

More than 615 people have been charged by the Justice Department in connection with the Capitol riot.