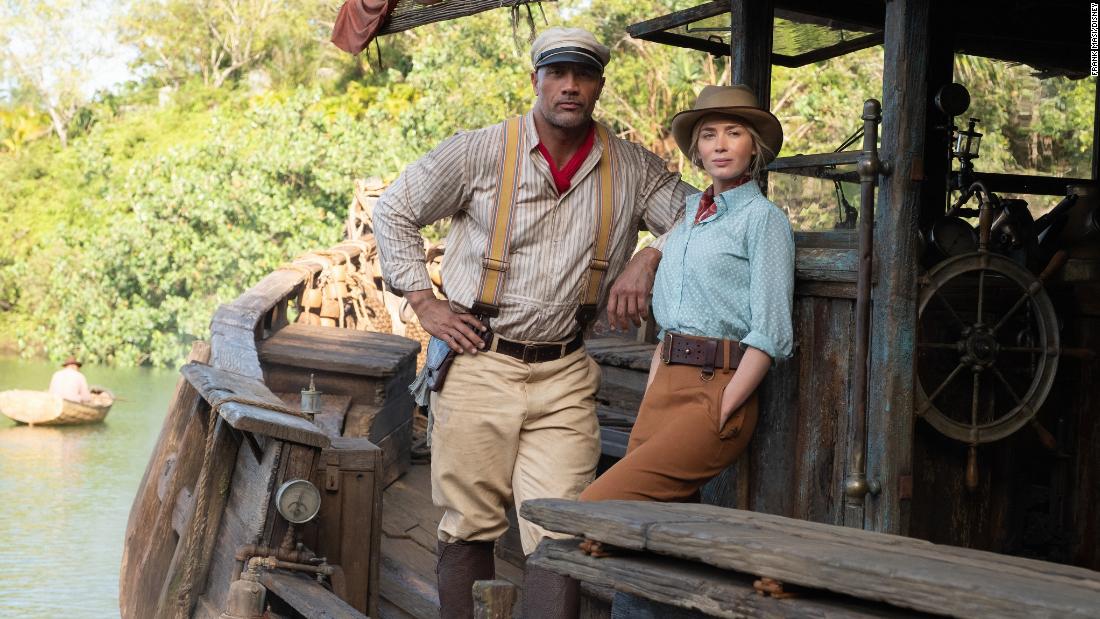 The film, which stars Dwayne “The Rock” Johnson and Emily Blunt, opened to an estimated $61.8 million at the worldwide box office. That includes a better than expected $34.2 million at domestic theaters.

But that’s not all. The film was released simultaneously on streaming via Disney+’s Premier Access for an additional charge of $29.99 — and brought in over $30 million globally on the platform.

Overall, the film, which is based on the beloved Disney theme park ride, notched more than $90 million thanks to theater showings and streaming, according to the company.

So, what does all of this mean? Well, that’s not as easy as it used to be to explain.

In a pre-Covid world, a $61 million global theatrical opening for a film that comes with a hefty production budget in the range of $200 million would have been nothing to write home about. But we aren’t living in a pre-Covid world. Movie theaters are still trying to reach normalcy, box office numbers have been hit and miss and “Jungle Cruise” opened right in the middle of growing concerns regarding the spreading Delta variant.

Adding streaming numbers to the mix complicates things even further in terms of judging the film’s success.

You could look at these totals and conclude that those watching at home on Disney+ really ate into the film’s theater ticket sales. You could also laud Disney for being able to bring in $30 million more thanks to offering the film on streaming. And both of those takeaways could be correct.

All in, bringing in more than what some expected at the box office is a good thing right now — and adding over $30 million on streaming is a welcome boost. Now, Disney and theaters will wait to see how the film does in the weeks to come.

The “Jungle Cruise” opening is also notable because it comes just a few days after Disney, streaming and the box office were in the headlines, but for all of the wrong reasons.

Actress Scarlett Johansson filed a lawsuit on Thursday that alleges Disney breached her contract by releasing the highly anticipated superhero film “Black Widow” in theaters and on Disney+ on the same day.

Disney responded to the suit in a statement saying that it has fully complied with the star’s contract and that there is “no merit whatsoever to this filing.”