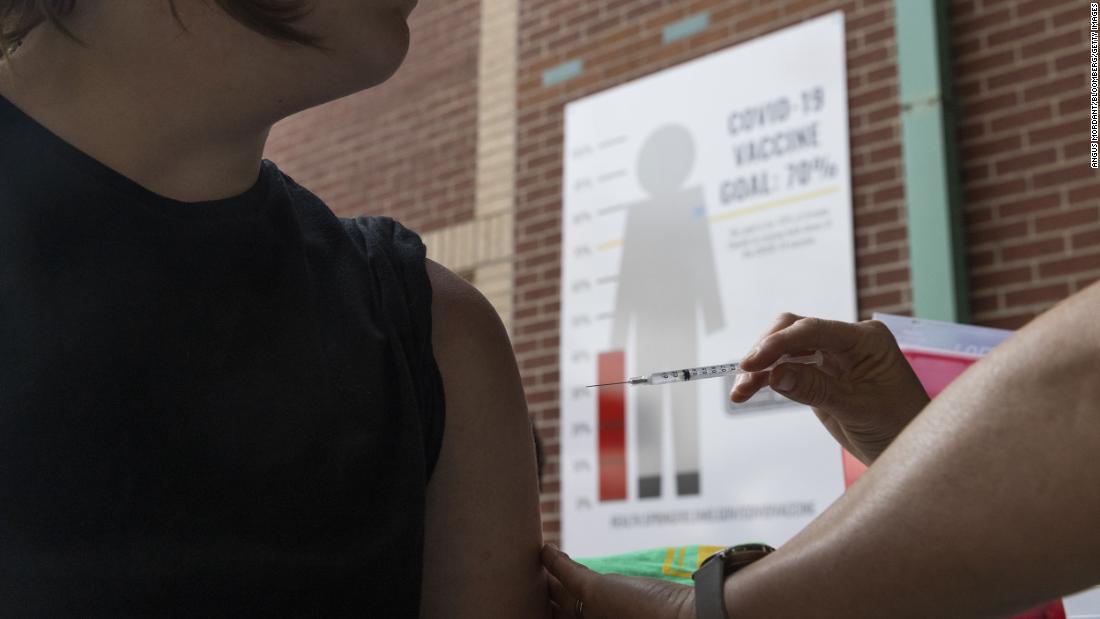 The order, announced last week, applies to businesses with 100 or more employees. Those employers have about 80 million out of the 125 million workers in the nation’s private sector.

Additional mandates for health care workers, some workers in education as well as federal employees and contractors were also announced, which Goldman estimates will bring the number of workers under the mandate to 100 million.

Goldman said 7 million workers under the new mandates report that they will definitely not get the vaccine. Half of unvaccinated employees said they would leave their jobs if mandated to get the vaccine by their employers, according to a survey by health policy think tank KFF in June.

The order gives employers the option of having weekly Covid tests for those employees who refuse to receive the vaccine.

Concern over losing workers in a very tight labor market was one of the factors that kept some employers from mandating vaccines for their staff. But the federal rules were generally supported by leading business groups, which saw it as a way to raise the vaccination rates, lower health care costs and absenteeism among employees and level the playing field with similar sized employers.

Goldman’s note said that the option to be tested regularly rather than be vaccinated will keep many of those workers on the job.

“The mandate’s testing option should dampen negative employment effects, however, and many workers that do decide to quit should be able to find jobs at smaller firms not subject to the mandate,” said the note.

Even with some workers leaving the labor force rather than getting shots, the mandates should grow employment and the economy, Goldman said in its note.

“Higher full vaccination rates will reduce virus spread, which should boost labor demand in high-contact services and labor force participation among some of the 3 million people who currently aren’t working due to virus-spread concerns,” it said.