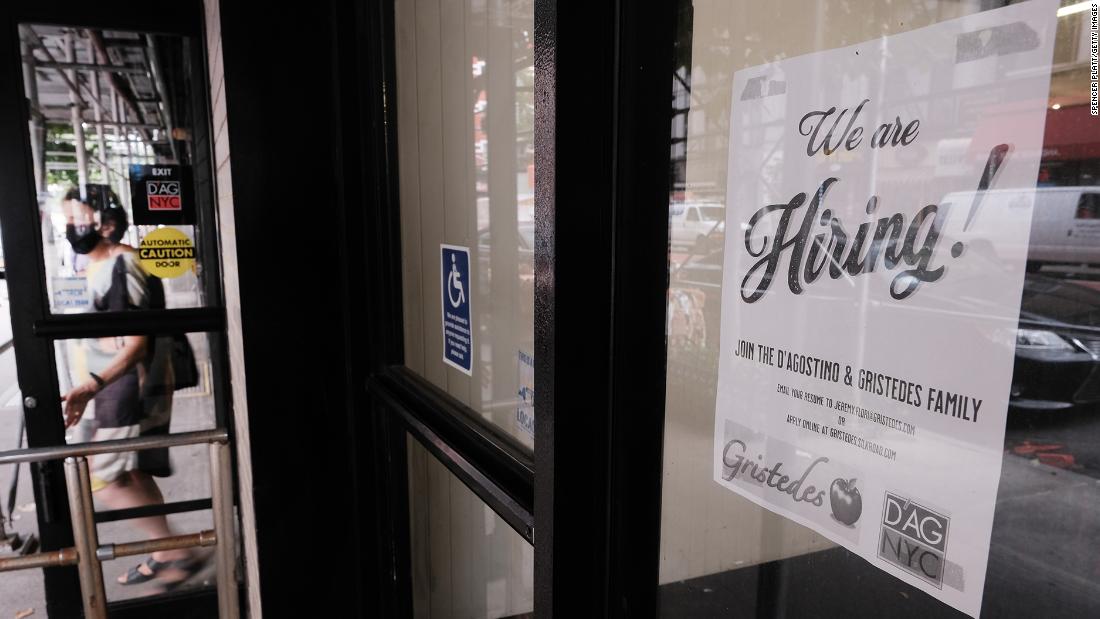 Additionally, 96,198 workers — a figure that is not seasonally adjusted — filed claims under the Pandemic Unemployment Assistance program, which provides benefits to those not eligible for regular state aid, such as the self-employed.

For millions of unemployed workers that means no more emergency aid.

“Today’s unemployment report further shows just how shortsighted the elimination of pandemic unemployment aid is,” said Andrew Stettner, senior fellow at left-leaning think tank The Century Foundation. “Unemployed workers face a tsunami of hardship and suffering that simply did not need to happen.”

The effect reduced benefits might have on the labor market is still up for debate. The prior rollbacks in some states did not lead to material changes in the job situation.

“In the weeks ahead, seasonal hiring dynamics and the ending of federal Pandemic Unemployment Assistance are expected to have an effect on initial claims for jobless benefits and on the overall number of those receiving some form of unemployment insurance,” said Joe Brusuelas chief economist at RSM.

America’s employment situation has improved materially since the start of the pandemic recovery, but the nation still remains more than 5 million jobs below February 2020 levels.

The August monthly jobs report, released September 3, was a major disappointment relative to expectations as the more infectious Delta variant continues to leave its mark on the recovering economy.