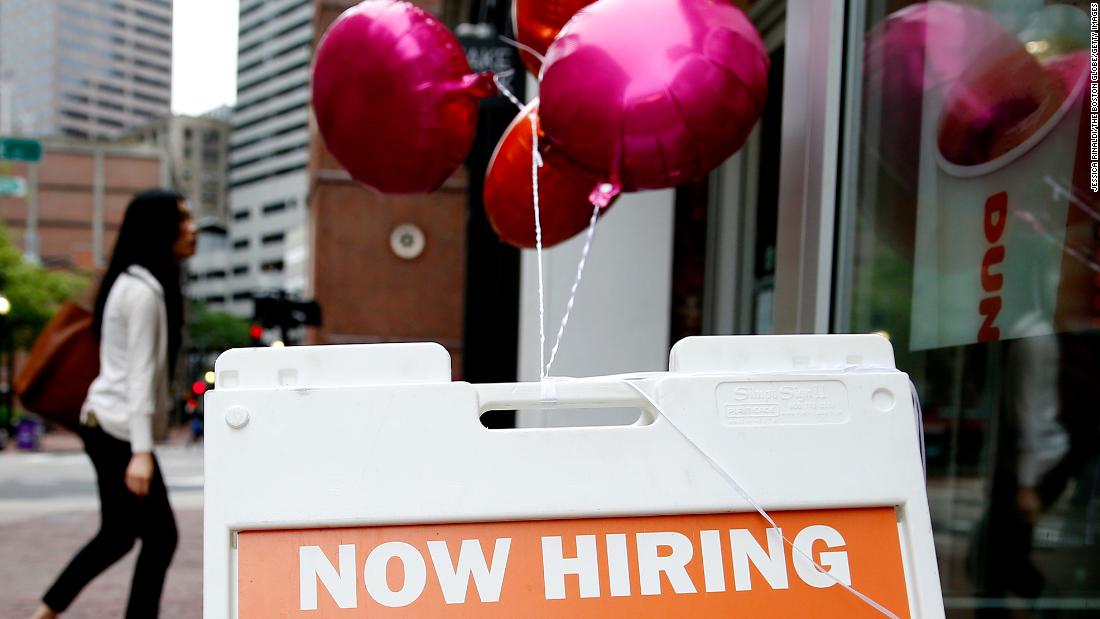 “We do expect job gains to continue but we are aware that in the near-term there are some challenges that are unprecedented,” Richardson said. “The overall take-away is this recovery is happening, but its path is just something we’ve never seen before.”

For Friday’s jobs report, due at 8:30 am ET, economists polled by Refinitiv forecast 870,000 jobs were added in July, a slight downward shift after forecasts topped the 900,000 mark last week.

Still, that would be an increase from the 850,000 jobs added in June and mark the largest jobs gain since August of last year. But the range of expectations is wide. Wall Street banks Goldman Sach (GS)and Cit p (C)redict 1.15 million jobs added, while research firm Action Economics expects 600,000.

The nationwide unemployment rate is expected to be 5.7%.

Not a typical summer

In a normal July, school and university workers take a summer break, which shows up in the data. But this year, layoffs in education were likely much lower than normal because so many workers were let go last year due to the pandemic. Meanwhile, other parts of the economy — such as the services sector — are still adding back the millions of jobs lost in 2020. This could mean seasonal adjustments might distort Friday’s data, Pollak said.

But she is also looking for some improvement in the labor force participation rate, given recent increases in online job search activity.

That said, Wednesday’s private payrolls report from ADP sharply underperformed forecasts. The 330,000 jobs added in July were less than half what was expected. And even though the ADP report and the government’s job count aren’t correlated, the former is considered a bellwether for the official numbers.
Meanwhile, claims for unemployment benefits have remained stubbornly high throughout the summer. Inching up and down from week to week, claims have remained close to the 400,000 mark. On Thursday, initial benefit applications for the prior week stood at 385,000 adjusted for seasonal swings, little changed from the week before.

Even though jobless claims have come down from their sky-high levels from last year, they are persistently higher than pre-pandemic levels — underscoring the lingering uncertainty in the labor market even as businesses are hiring and more people get vaccinated, Richardson said.