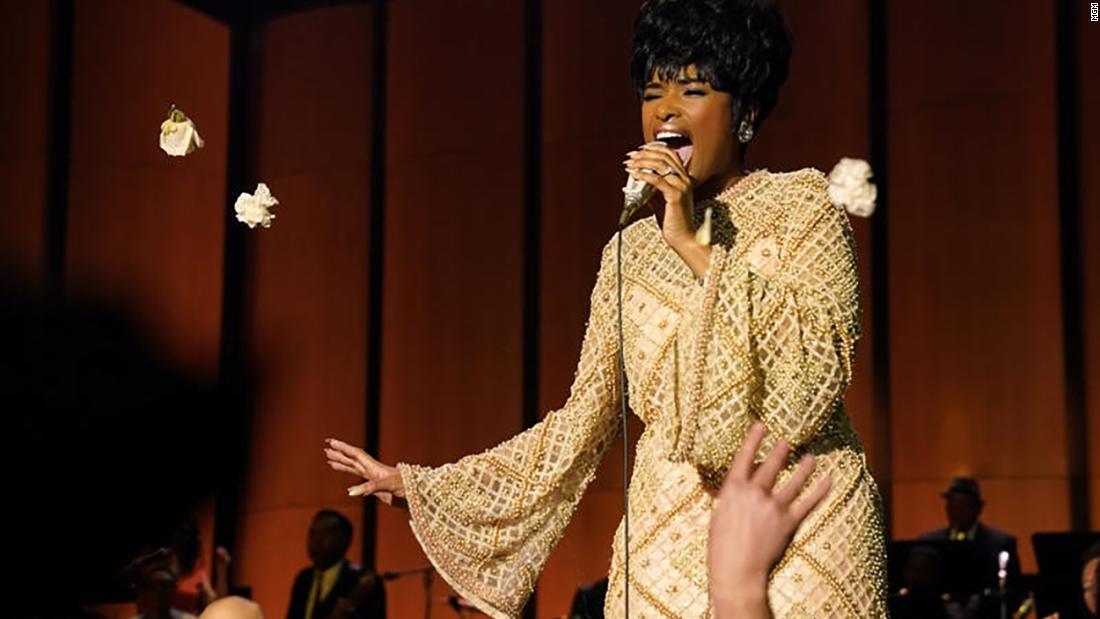 Hudson first came to fame in 2004 as a finalist on “American Idol.” She auditioned for the reality singing competition with Franklin’s song, “Share Your Love With Me.”

Fast forward to 2021 and Hudson is now a Grammy winning singer and an Academy Award winning actress whom Franklin handpicked to portray her in the biopic “Respect” prior to her death in 2018. (Hudson won the best supporting actress Oscar in 2007 for her performance in “Dreamgirls.)

Hudson told CNN she’s long considered why the Queen of Soul wanted her in the role.

“This is beyond singing and acting,” Hudson said. “I think she saw something in me…I would not have been able to go as deep as I did to tell the story in an honest way without my own life experiences. So, I think she saw that in me, as well as everything else as far as being an actress and a singer.”

“Respect” tells the story of the rise of Franklin from the little girl singing in her father’s church in Detroit to the megastar who would go on to become the first women inducted into the Rock and Roll Hall of Fame.

Along the way there was tragedy and triumph, something Hudson can absolutely relate to.

From her elimination too early (in the eyes of many who cheered her on) on “American Idol” to the incredibly painful murders of her mother, brother and young nephew at the hands of her sister’s boyfriend in 2008, Hudson has persevered through great adversity and brings that to her portrayal of Franklin.

And then there is Hudson’s voice.

She sings the songs in the movie herself and co-star Marlon Wayans, who plays Franklin’s allegedly abusive husband Ted White, told CNN Franklin wanted someone who had the pipes to pull it off.

“She thought of herself as great and only a great can play her,” Wayans said.

Wayans and Hudson have some intense scenes portraying the couple’s sometimes fraught marriage and both found it challenging given how much they like each other in real life.

Wayans said he was intentional in how he portrayed White, who was married to Franklin in the early days of her career from 1961 to 1969.

“I think my interpretation of Ted White was to play damaged, not to play scary,” Wayans said. “The most scary thing about a damaged person is the things that they will do to prove a point. I tried to bring a level of vulnerability to Ted because I wanted the audience to feel some type of way about Ted and Aretha and wanting them to make it.”

Preparing to play Franklin was a never ending process for Hudson, who even learned how to play piano to further immerse herself in the role.

She said co-star Audra McDonald, who plays Franklin’s mother Barbara, summed it up when she said “Man, this is a heavy life to tell” about the biopic.

But Hudson wouldn’t have it any other way.

“Those are the things I tend to gravitate to it seems,” she said. “Because it’s so honest and real and raw.”