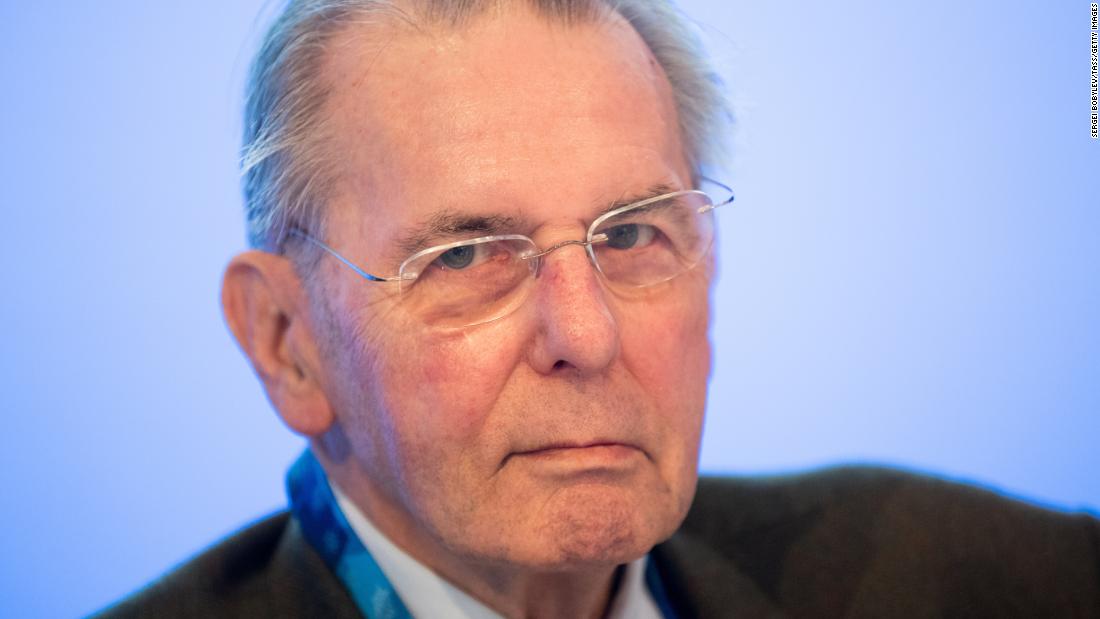 Rogge served as president from 2001 to 2013, overseeing three summer Games and three winter Games, as well as creating the Youth Olympics.

“First and foremost, Jacques loved sport and being with athletes — and he transmitted this passion to everyone who knew him. His joy in sport was infectious,” current IOC President Thomas Bach, who succeeded Rogge, said in a statement.

Rogge was a rugby player who represented his native Belgium on the national team. He also competed in sailing, representing Belgium at the Olympic Games in Mexico City in 1968, Munich in 1972 and Montreal in 1976.

An orthopedic surgeon, Rogge was an athlete’s representative on Belgium’s national Olympic committee before he serving as its president from 1989 to 1992.

Rogge also headed the European Olympic Committee from 1989 to 2001 before being elected president of the IOC, taking over from Juan Antonio Samaranch.

“He was an accomplished President, helping to modernise and transform the IOC,” Bach said in the statement. “He will be remembered particularly for championing youth sport and for inaugurating the Youth Olympic Games. He was also a fierce proponent of clean sport, and fought tirelessly against the evils of doping.”

Bach added, “The entire Olympic Movement will deeply mourn the loss of a great friend and a passionate fan of sport.”

After Bach succeeded him, Rogge was named honorary president. He also served as Special Envoy for Youth, Refugees and Sport to the United Nations.

Sebastian Coe, president of World Athletics and former chairman of the London 2012 Olympic organizing committee, wrote on Twitter that he had missed seeing Rogge and his wife at the recent Games in Tokyo.

“I have a mountainous gratitude for his part in the seamless delivery of London 2012. No Org Cttee could have asked or received more,” Coe wrote. “He was passionate about sport & all he achieved in sport & beyond was done with common decency, compassion and a level head. We will all miss him.”

The IOC said the Olympic flag will be flown at half-staff for five days at its headquarters and museum in Lausanne, Switzerland.