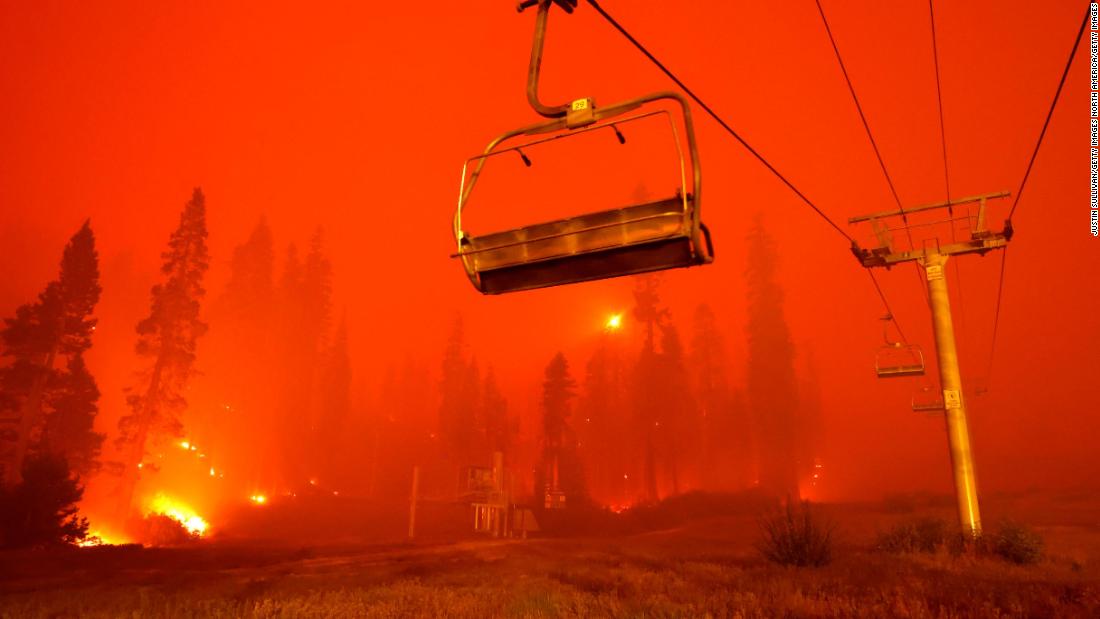 Each extreme weather and climate-related disaster carried an average economic loss of a staggering $383 million, according to the report by the World Meteorological Organization. The economic toll of these disasters has climbed seven-fold since the 1970s.
The report examined more than 11,000 weather-related disasters over the past five decades and comes at the tail end of a summer packed with extreme weather across the Northern Hemisphere: While the United States has been battered by a cocktail of drought-fueled wildfires, floods and, more recently, Hurricane Ida, China and Germany experienced deadly flooding events in July as southern Europe battled wildfires of its own.

“What we think of as climate change is now becoming very personal,” Jennifer Marlon, a climate scientist at the Yale School of the Environment, told CNN. “It’s not far away anymore it’s now in our front yard, it’s in our backyards, it’s in our basements, it’s even in our lungs as breathing smoke from these wildfires.”

But the good news is that these disasters are killing far fewer people, thanks to lessons learned from past disasters, and improved early warning and management systems. In the 1970s and 1980s, climate change-fueled disasters killed an average of roughly 170 people each day globally. That number dwindled to about 40 a day in the 2010s.

“The economic cost of Hurricane Ida is still to be fully assessed, as the true extent of the damage becomes apparent,” WMO’s secretary-general Petteri Taalas told CNN. “But it is clear that the loss of life was kept to a minimum because of all the lessons learned from Hurricane Katrina and the excellent early warning systems.”

While extreme weather events can impact anyone in the world, the report found they strike and impact different countries and groups of people unequally. More than 91% of weather and climate disaster-related deaths occurred in developing countries, for example.

“By contrast, the loss of life from Tropical Cyclone Idai, which hit Mozambique in 2019, was very high because the forecasts did not give enough indication about the impact of the winds, rain and flooding, and did not reach those who needed them most,” Taalas added. Cyclone Idai killed more than 1,000 people in Mozambique, Zimbabwe and Malawai in 2019.

The financial costs and lost incomes associated with these extreme weather events are also mounting dramatically, accounting for three-quarters of all reported economic losses.

“It’s encouraging, certainly, that the number of deaths are going down, but the economics are deeply disturbing,” said Marlon, who was not involved with the report.

According to the report, storms and floods caused the largest economic losses.

Six of the top most expensive weather and climate-related disasters around the world happened in the US alone, with three happening all in 2017: Hurricane Harvey in Texas caused $96.9 billion in losses; Hurricane Maria in Puerto Rico caused $69.4 billion; and Hurricane Irma, which hit Florida — along with the Caribbean — caused $58.2 billion. Hurricane Katrina, which hit the same area Ida just did, was responsible for the biggest loss.
The US Federal Emergency Management Agency (FEMA) has historically borrowed from the Treasury Department to pay claims for disasters. As of August 2020, FEMA’s debt had ballooned to $20.5 billion, despite Congress erasing a $16 billion debt from Hurricane Katrina in October 2017 to pay for hurricanes Harvey, Irma and Maria.
Climate change has become a major driver to these disasters. According to peer-reviewed studies gathered by the Bulletin of the American Meteorological Society, roughly 80% of extreme weather events reported from 2015 to 2017 showed significant human influence. Nearly every analysis of major heatwaves since 2015 has been attributed in part to human-made climate change, the report said.
As the climate crisis accelerates, extreme weather events will become more frequent and severe. While the number of deaths are fewer than 50 years ago, Marlon said more people will still be at risk and more vulnerable to weather and climate-related disasters, unless the planet slashes greenhouse gas emissions and improves emergency preparedness systems.

“People need to recognize that these events that happened in the past are no longer a good predictor of the future and that we need to be much more prepared because we are in a different world,” Marlon said. “We have more vulnerable people at risk, so we really need to develop a stronger culture of preparedness.”