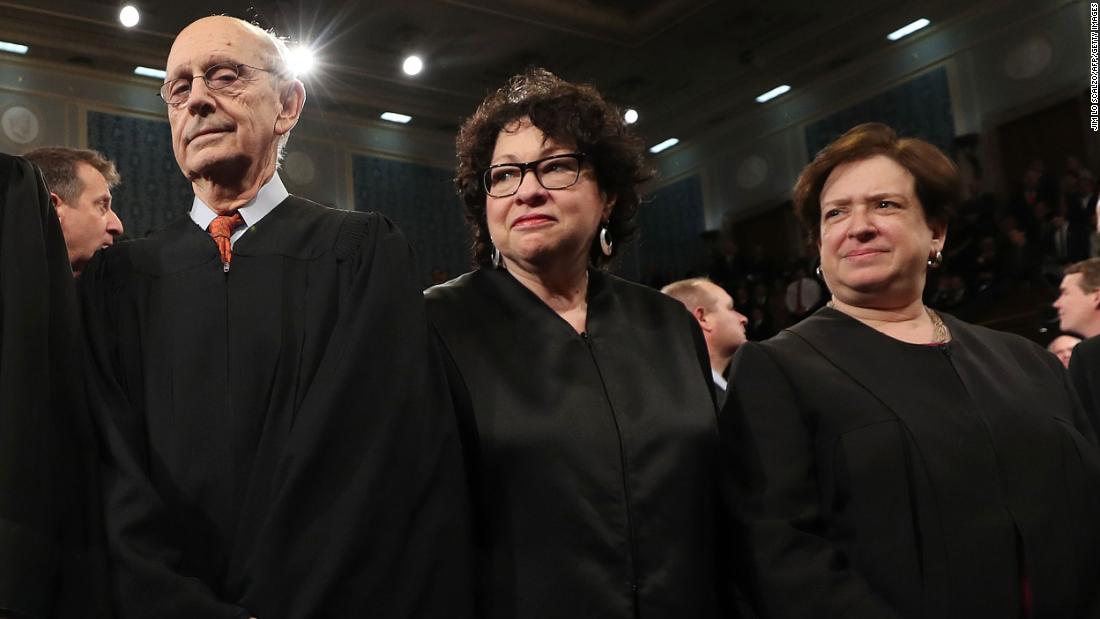 Today’s imbalance — a supermajority of six conservatives and three lone liberals — has emerged in the substance of rulings, as well as in the process for deciding them.

Liberals have employed individual, as well as collective, strategies to counter the conservative juggernaut. In some rare instances, they have successfully found consensus or minimized a loss.

Their ability to persuade colleagues on the right to preserve the legal status quo will especially matter in upcoming months as the court hears appeals on gun regulation, public funding for religious education and abortion rights. A Mississippi ban on abortion after 15 weeks of pregnancy is on their calendar and, unlike the Texas abortion controversy, will be subject to oral arguments and full briefing and — most importantly for all Americans — yield a decision affecting reproductive rights across the country.

Liberal advocates have proposed adding more Supreme Court seats to counterbalance the conservative supermajority. A Biden commission is studying that option along with other ideas for change at the Supreme Court. Just as it was in the 1930s, a court-packing approach is a long shot. Liberal Justice Stephen Breyer has disparaged the idea publicly.

For the past year, since the death of Justice Ruth Bader Ginsburg, Breyer has been the most senior of the three justices on the left. He has remained on the bench at age 83 partly because of his new leadership role and the belief that he can bring both sides together.

When the majority invalidated a Covid-19 freeze on evictions, Breyer, in characteristic style, marshaled an array of facts and historical data points. He argued that Biden administration health officials had justified a temporary moratorium. Yet he failed to convince any of the conservatives, and the most recent series of cases has shown justices on the far right dominating without regard to liberal arguments.

Justice Elena Kagan, considered the most strategic of the three liberals, appears to search for a wedge that might separate individuals on the conservative wing. She has sometimes used a textualist method of statutory interpretation that appeals to Justice Neil Gorsuch, whom she joined in Iceland in late July as he was teaching a class for George Mason University’s Antonin Scalia Law School.

Just weeks before their trip, as she invoked textualist arguments in a voting rights case from Arizona, she was rebuffed. Kagan penned a scorching dissenting opinion as the six-justice majority scaled back voter protections under the 1965 Voting Rights Act.

Justice Sonia Sotomayor, positioned on the far left, is less likely to join in negotiations with the right wing. She is the readiest of the three liberals to break off and draw attention to the injustice she sees in the law. She regularly focuses on law enforcement tactics.

“Remember that frustration comes with the work,” she advised Yale Law graduates at a May commencement. “My job certainly can be discouraging. You may be surprised to learn that I do not like having to dissent as much as I do. But the moments of frustration should never stop you from zealously insisting on what you know to be just and right.”

The current 6-3 dynamic is the product of events that culminated a year ago, when women’s rights pioneer Ginsburg died on September 18, and then-President Donald Trump replaced her a month later with Amy Coney Barrett, a former Notre Dame law professor and appellate judge.

For decades in contemporary times, the court was split 5-4, with at least one centrist conservative justice straddling the middle and moderating the law.

Since last year the justices have not, to be sure, divided 6-3 on all major cases. A seven-justice majority in June, for example, denied a long-shot third challenge to the Affordable Care Act. And the six-justice bloc on the right is sometimes roiled by divisions, over when to consider practical consequences and how quickly to strike down decades-old decisions.

But as last week’s Texas abortion case showed, there is no getting around that this is a whole new court. Today’s conservative jurists generally adopt firmer views than their pragmatic Republican-appointed counterparts of earlier decades, such as Lewis Powell, Sandra Day O’Connor and Anthony Kennedy.

A 6-3 fault line emerged in some of the most important cases subjected to full briefing and arguments in the 2020-21 session, over ballot regulations, union organizing of agricultural workers and disclosure requirements for big donors to nonprofit entities. Consistently in the majority were Roberts and Justices Clarence Thomas, Samuel Alito, Brett Kavanaugh, Gorsuch and Barrett.

If past trends hold, liberals will seek to win where they can but also try to lose narrowly when they lose, in ways that avoid jeopardizing future cases.

A controversy earlier this year between the city of Philadelphia and Catholic Social Services offered such an instance. The agency, which screened potential foster parents, objected to the city’s nondiscrimination mandate that would have required it to consider gay married couples. When the justices agreed to hear the case, the court signaled that it would decide, more broadly, when religious believers may object to generally applied laws.

But in the end, all three liberals worked with Roberts toward an opinion that favored the Catholic agency but avoided breaking significant ground on religion. Justices Thomas, Alito and Gorsuch wrote separately to protest the narrow approach.
Yet Gorsuch has joined rare right-left consensus, as when he applied his textualist method of interpreting statutes to find that Title VII of the 1964 Civil Rights Act, barring sex discrimination in the workplace, covered gay and transgender employees. He was joined by the liberal justices and Roberts.

Kagan, who had helped lay the foundation for that decision favoring LGBTQ workers, taught with Gorsuch this summer in Reykjavik, Iceland.

She participated in the course, focused on the constitutional separation of powers, at the invitation of Gorsuch, who regularly teaches during the summer for George Mason, which promotes the overseas courses and student experiences on its website.

The Supreme Court has endured internal tensions and conflicts with presidents throughout its history. But the past century is coming full circle in some respects, with the new conservatism and calls for court expansion or what has been known as “court packing.”

Emboldened by his 1936 reelection, Roosevelt in early 1937 proposed the appointment of a new justice for every sitting justice older than 70. Six of the nine were then over 70.

Congress and the public opposed the “court packing” scheme. And as it turned out, the court itself became more receptive to his legislation, older justices retired and FDR was able to make a series of appointments (eight associate justices and the elevation of Harlan Fiske Stone to be chief justice). A new liberal era was born, and by mid-century the court was driving social change on race, religious liberty and personal privacy.

Appointments during the Republican Richard Nixon and Ronald Reagan presidencies began reversing the tide, but not as definitively as the period now underway with the three Trump appointees.

Interest in court expansion has resurfaced and calls from outside advocates have grown louder. For now, however, liberal justices are navigating the bench as it is and seeking no changes in the number of seats.

Still, their aggravation is palpable. Last week in a midnight order, after the majority briefly explained why it let Texas ban most abortions, Sotomayor, joined by Breyer and Kagan, wrote: “(A) majority of the Justices have opted to bury their heads in the sand. … The Court should not be so content to ignore its constitutional obligations to protect not only the rights of women, but also the sanctity of its precedents and of the rule of law. I dissent.”