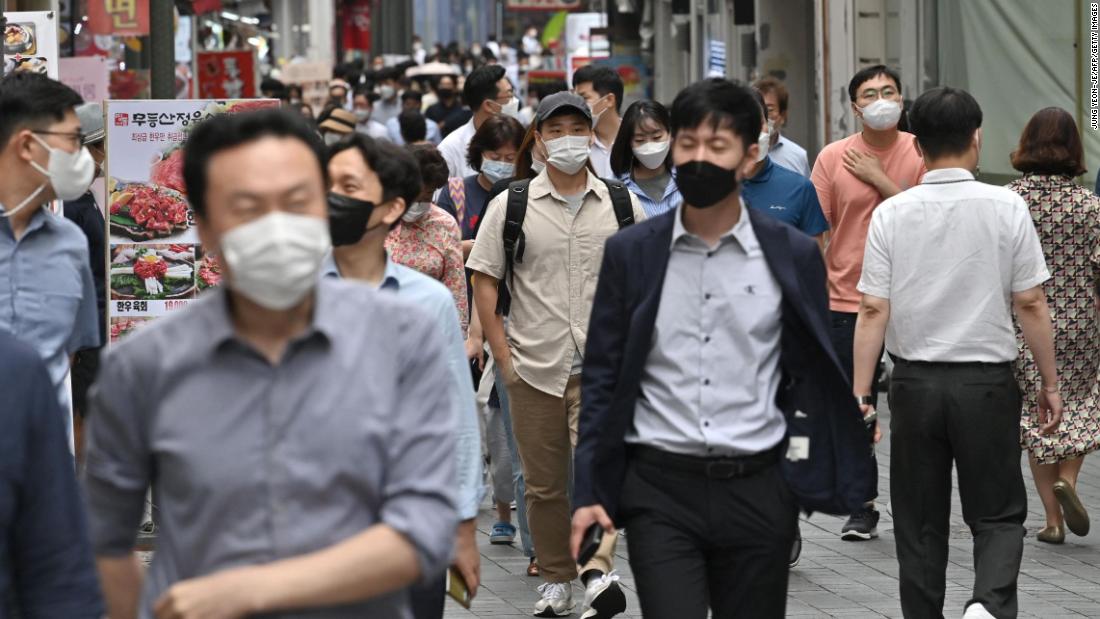 What’s happening: The Bank of Korea raised its base interest rate from 0.5% to 0.75% on Thursday. It was its first hike in three years and the first by a major Asian central bank in the wake of Covid-19.

The move is aimed at reining in inflation, a red-hot real estate market and high levels of household debt, which the central bank decided were more worrying than a spike in coronavirus cases. The country has been battling a fourth wave of Covid-19 infections, reporting more than 1,000 daily cases since July.

“Today’s decision to hike rates, even as the economy faces headwinds from the virus outbreak, was a statement of intent that the [Bank of Korea] is serious about clamping down on financial risks,” Alex Holmes, Asia economist at Capital Economics, told clients.

Citi’s economists are penciling in another Bank of Korea rate hike in November and two more next year.

Why it matters: The decision — which comes one day before the virtual meeting of US central bankers typically held in Jackson Hole, Wyoming — underscores the tough choices facing policymakers at a delicate moment.

On one hand, central bankers don’t want to wait too long to act, feeding dangerous price increases and a bubble in asset prices. But they’re also fearful of moving too soon and jeopardizing the economic recovery, especially as the Delta variant disrupts some businesses and generates a lot of uncertainty.

South Korea, for its part, is making the choice that economic activity is resilient enough at this point to intervene.

“The Korean economy has continued its sound recovery,” the central bank said in a press release, predicting that output will grow by around 4% this year. “Although private consumption has somewhat slowed due to the coronavirus resurgence, exports have sustained their buoyancy and facilities investment has shown a robust trend. Labor market conditions have continued to improve.”

The Bank of Korea is definitely ahead of the curve. While the Federal Reserve could start slowing down purchases of bonds this year, officials don’t expect to start hiking interest rates until 2023.

But as the Fed’s top brass gather for their high-profile conference Friday, they’ll face similar considerations: Given the ongoing strength of the economy, when is the right time to change course? And does Delta change the picture?

The list of companies with vaccine mandates for workers is growing after the US Food and Drug Administration formally approved Pfizer’s coronavirus shot this week.

The latest: As anticipated, the announcement has cleared the way for employers to take a tougher stance.

The company said this week that as of Nov. 1, unvaccinated staff will pay up to $200 a month more for their company health insurance, depending on the coverage. It will also limit the number of sick days unvaccinated employees are allowed to take if they contract Covid-19.

“While we can be proud of our 75% vaccination rate, the aggressiveness of the variant means we need to get many more of our people vaccinated, and as close to 100% as possible,” Bastian said.

Since the rise of the Delta variant, all cases of Covid-19 among the company’s employees have been among the unvaccinated, it said.

“This is not just costing lives, this is costing us financial resources as well,” Bastian said on CNN Wednesday.

Remember: Delta Air Lines is only now returning to profitability after losing $12.9 billion since the start of 2020. Shares are up just 2.7% this year, compared to a 19.7% increase for the S&P 500. Delta, like other airlines, desperately needs to put the virus behind it.

The SPAC boom isn’t what it used to be

The great SPAC boom hasn’t gone bust — but it has slowed down in a big way, my colleague Paul R. La Monica reports.

A series of high-profile accounting problems at electric vehicle startups Nikola and Lordstown Motors, both of which went public by merging with special-purpose acquisition companies, has led to increased skepticism from investors, analysts and regulators of these so-called “blank check” firms, which raise money and then hunt for takeover targets.

In the most recent quarter, according to S&P Global Market Intelligence, 110 companies raised $16 billion from SPAC deals. That’s down from $88 billion raised in 320 SPAC transactions in the prior quarter. In the final quarter of last year, SPACs generated $35 billion across 147 deals.

One factor: One appeal of SPAC mergers has been that they often don’t go through as rigorous a review by investment bankers and the Securities and Exchange Commission as traditional public offerings. But the SEC issued stricter guidance on accounting for SPACs in April.

More recently, a lawsuit against Bill Ackman’s SPAC Pershing Square Tontine Holdings claimed that the firm was set up illegally as an investment company that delivered “astronomical” compensation to Ackman.

Ackman dismissed the suit as “meritless” in a shareholder letter, but also said it “may have a chilling effect on the ability of other SPACs to consummate merger transactions or to engage in IPOs … as the consequences of being deemed an illegal investment company are extremely onerous.”