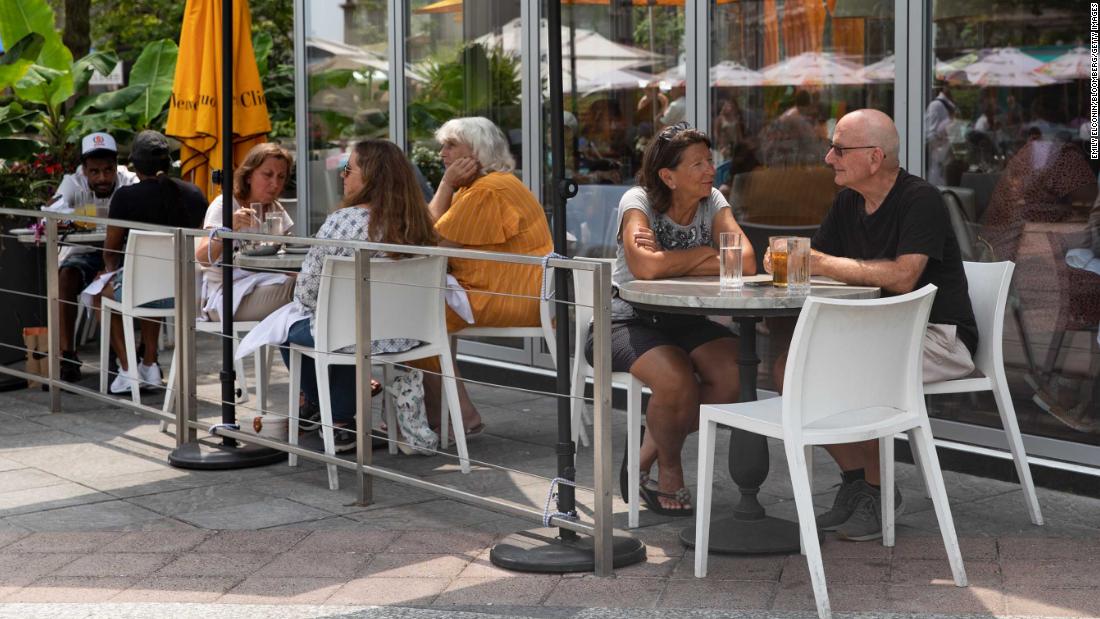 On a monthly basis, however, prices rose 0.5% in July, a major slowdown from 0.9% growth in June and the weakest pace since February.

But drill down into the data. While some of the major drivers of previous spikes, such as used car prices, eased last month, the cost of other goods, including medical care, housing and food in grocery stores and at restaurants, climbed.

“The annual rate of inflation has seemingly peaked, but the details show a broadening out of price pressures,” chief international economist at ING, James Knightley wrote in a note to clients. “This indicates inflation is likely to be more persistent and pervasive than predicted by the Federal Reserve.”

For now, investors remain sanguine. The S&P 500 (SPX) and Dow (DJX) notched fresh all-time highs on Wednesday and yields on 10-year US Treasuries fell as traders bet the inflation data will take pressure off the Fed to hike interest rates and rein in asset purchases sooner than expected.

Economics 101: The latest inflation reading doesn’t change the fact that America’s “stimulus fuelled economy is booming,” according to Knightley. “Demand is outpacing the supply capacity of the economy given the scarring that the pandemic has caused as evidenced in production bottlenecks and labour shortages,” he said.

“Costs are increasing throughout the economy and the strength of demand means that companies have a sense of more pricing power [than] they have experienced in years,” Knightley added.

See here: Data from the National Federation of Independent Businesses shows that the proportion of companies raising prices and expecting to raise them further in coming months is at a 40-year high. “As such, imminent major declines in inflation look unlikely,” Knightley concluded.

Even the White House is worried about rising prices. On Wednesday, US National Security Adviser Jake Sullivan called on OPEC+ to increase oil production in order to curb high gasoline costs.

“President Biden has made clear that he wants Americans to have access to affordable and reliable energy, including at the pump,” Sullivan said in a statement, adding that the US government is “engaging with relevant OPEC+ members on the importance of competitive markets in setting prices.”

Up Next: With a growing number of senior Fed officials making the case for pulling back bond purchases, all eyes will be on the Economic Policy Symposium in Jackson Hole, Wyoming later this month.

Airlines are not out the woods yet

Air travel has picked up in the United States and Europe following the rollout of vaccines, but risks remain elevated for battered airlines desperately trying to recover from the pandemic.

The latest: Southwest Airlines (LUV) warned Wednesday that the Delta variant of Covid-19 will make it difficult to turn a profit in the third quarter. In a regulatory filing, the carrier said customers have been booking fewer flights in August and cancelling trips they had already booked.

The development marks a stark turn of events for Southwest, my CNN Business colleague Jordan Valinsky reports. The company predicted just a few weeks ago that it would be profitable in the third and fourth quarters based on strong bookings for leisure travel.

But things can change quickly in the pandemic economy. At the beginning of July, domestic air travel, measured by tickets issued by US travel agencies and online booking companies, stood at just 3% below 2019 levels. A few weeks later on July 23, it was more than a fifth below the same point in 2019, according to the CNN Business Economic Recovery Dashboard.

Delta blues: In the latest sign of how the Delta variant is weighing on the recovery, the International Energy Agency on Thursday downgraded its outlook for oil demand for the remainder of the year, in part due to the “worsening progression of the pandemic.”

After surging in June to a level almost three times the seasonal norm thanks to increased mobility in North America and Europe, global oil demand “abruptly reversed course” in July, the Paris-based body said in a report.

Investors hunting for more creative places to park their cash than the stock market will soon have an opportunity to deploy some serious dough.

Part of MGM Resorts’ sizable art collection, the pieces have been on display in Las Vegas for over two decades at a Michelin-starred French and Spanish eatery called Picasso in the Bellagio.

Sotheby’s is organizing the sale, which forms part of MGM’s attempts to reposition the gambling mecca as a “broader art destination,” according to Brooke Lampley, the auction house’s chairperson.

Investor insight: Wealthy individuals who’ve saved vast sums of money during the pandemic have been stashing their cash in some unusual investments, such as high-end spirits and trading cards. The Picasso auction will provide yet more insight into investor appetite for alternative assets.

Earnings from TUI (TUIFF), Baidu (BIDU), Palantir Technologies and Utz Brands are out before US markets open. Airbnb, DoorDash, Disney (DIS) and Wish report after the close.
Also today: