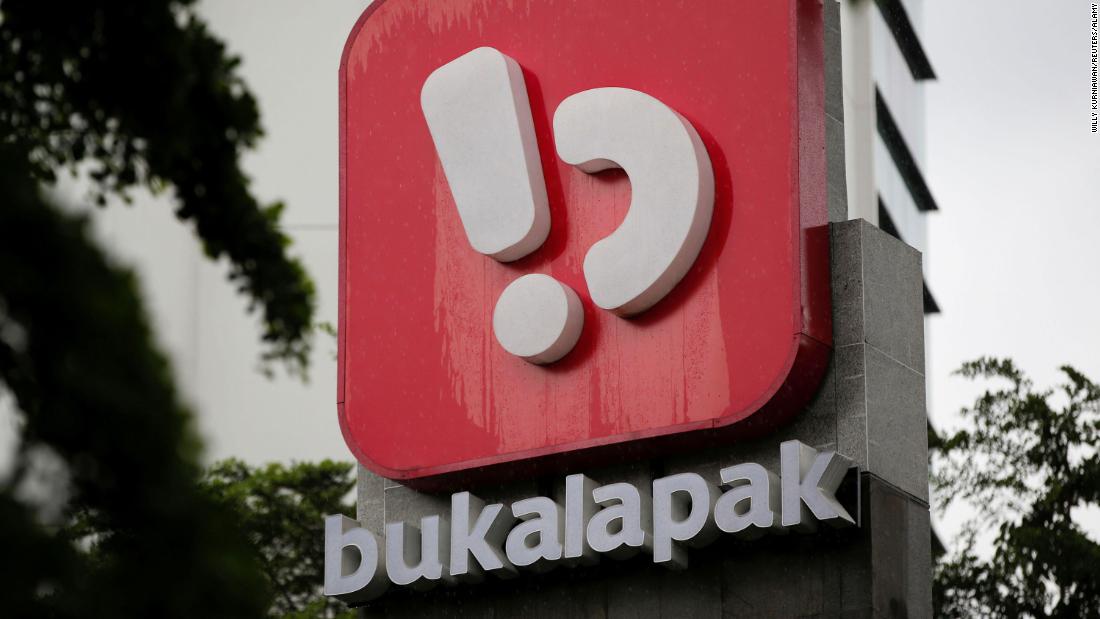 Jakarta-based Bukalapak began trading on the Indonesian Stock Exchange on Friday after raising about $1.5 billion.

That’s the largest on record for that exchange, according to data provided by Dealogic. Indonesian telecom giant PT Telekomunikasi, also known as Telkom, raised nearly $1.7 billion in 1995, though that was in a multi-listing split across exchanges in Indonesia, the United States and the United Kingdom.

It priced its shares at 850 rupiah (about $0.06). Shares shot up nearly 25% in its first trading session, signaling red-hot investor appetite.

Silva Halim of Mandiri Sekuritas, one of the underwriters of the deal, said that the offering was already “8.7 times oversubscribed, with orders coming from almost 100,000 investors.”

Bukalapak is now planning to exercise an over-allotment option for retail investors.

“We would like to express our deepest gratitude for the tremendous support Bukalapak has received,” Rachmat Kaimuddin, the company’s president director, said in a statement.

Bukalapak was founded in 2010 by three college friends, Achmad Zaky, Fajrin Rasyid and Nugroho Herucahyono. The Jakarta-based firm made its name by teaming up with Indonesian “warungs” — local mom-and-pop shops — to help customers order things online.

It has since grown to become one of Southeast Asia’s best-known e-commerce players, alongside Shopee, Lazada and Tokopedia. The company is backed by big-name investors, including Microsoft (MSFT) and Standard Chartered (SCBFF).

The listing comes as Southeast Asian startups are enjoying massive growth. In April, Grab, the Singaporean startup, announced that it was going public in the United States in a $40 billion SPAC deal, the biggest on record.
Malaysia also recently got its first tech unicorn with Carsome, an online marketplace for used cars, reaching a coveted billion-dollar valuation.

This has been a banner year for fundraising for startups in Southeast Asia, according to Venugopal Garre, a managing director at Bernstein who focuses on South and Southeast Asian tech.

“This is, I think, driven by two main things. One is the fact that liquidity is very rampant locally,” he said, noting that the coronavirus pandemic had played a role in boosting investors’ cash flow.

Global stock markets have surged during the pandemic, getting a big boost from tech. Some sectors have also seen accelerated growth related to the coronavirus crisis as consumers’ habits have shifted.
Garre pointed to the recent success of Shopee, the Singaporean online shopping giant whose parent company, Sea (SE), has seen its market value skyrocket in recent months. The firm has seen its share price surge from roughly $37 in December 2019 to $304. Its market cap, meanwhile, has swelled to almost $159.5 billion.

That success has been convincing for investors eyeing the region’s e-commerce market, according to Garre.

The analyst said that many investors had neglected opportunities in Southeast Asia in previous years, as growth there was often seen as in the “early stages” and “attention was largely toward China and the United States.”

Now that is changing, though he noted that it’s not the only region seeing momentum. In India, companies have benefited from a flurry of investor interest, with food delivery startup Zomato and online payments provider Paytm recently launching or planning their own public debuts.
Another reason firms there may have attracted more funding lately is a knock-on effect from Reliance, Garre suggested. The Indian conglomerate, run by the country’s richest man, Mukesh Ambani, embarked on a massive fundraising spree last year, helping attract international attention to businesses in India more generally, Garre said.

Garre believes the parade of public offerings could help usher in a wave of new listings in both regions. He dismissed critics who have expressed concerns of a potential bubble, predicting that the spotlight would likely create more funding opportunities for startups in each market.

“This is just the beginning,” he said.