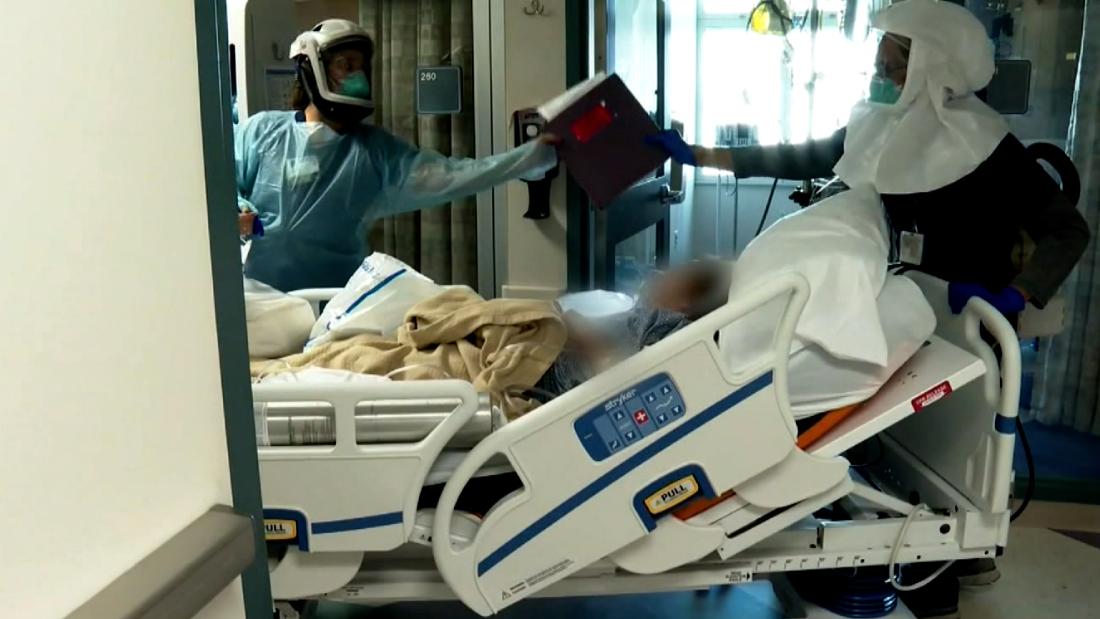 At St. Theresa’s Catholic Church in Little Rock’s Southwest side, Oscar Martinez was seizing his chance at a pop-up vaccine clinic in a gymnasium on Saturday afternoon, sponsored by the University of Arkansas of Medical Services (UAMS) and the Mexican Consulate — a direct attempt to reach out to the area’s Latino population.

“I have been visiting the region for the last month, so I wanted to take advantage of the opportunity today,” Martinez told CNN.

Officials in the state are pulling out the stops to get people vaccinated. Arkansas not only has one of the lowest vaccine rates in the country — only about a third of eligible people are fully vaccinated — but is facing a troubling uptick in Covid-19 cases – fueled mostly by the emerging Delta variant of the virus.

“There’s no question about it, our level of vaccination is not where we want it to be,” Dr. Jose Romero, the Arkansas Secretary of Health, told CNN. “We have one third of our population fully immunized. But we need to get much higher levels in order to bring this under control.”

The reasons that experts say people aren’t getting the vaccine in Arkansas are varied. They cite pregnant women who are concerned about the impact of the vaccine on them and their unborn children, or people who want to see further FDA approval of the vaccines beyond the current emergency use authorizations. But there are also those who believe in conspiracy theories about the vaccine, the experts said.

Little Rock Mayor Frank Scott Jr. knows that skepticism well. It was something he grappled with himself.

“I’m someone, as a Black male, who has some heart burns about it,” Scott said. “When you think about the Tuskegee Airmen, the HeLa cells, and that disheartening history of the past. I’m also someone who had never taken a flu shot.”

But after losing family members to Covid, Scott said he found it even more important to encourage people to get the vaccine.

“I took the time as a leader to do the research,” he said, “to get to understanding, and to be a leader and demonstrate to the residents of Little Rock that I wouldn’t ask them to do anything that I wasn’t willing to do.”

Experts say their messaging to minority populations faces challenges, citing the state’s Latino populations that often live in more rural areas difficult to reach, have concerns about missing work, or face their own doubts about the vaccine.

Dr. Gloria Richard-Davis, a doctor at UAMS, focuses her work on reaching out to those groups. It’s about making the vaccine accessible within the community, she said.

“A lot of celebrities are coming out saying get the vaccine, the average person is not listening to them,” she said. “So, we’re trying to understand who the everyday influences are for our community and the community health workers are part of that because they live and breathe.”

Aside from community members helping to share accurate information, the state government is trying to do its part. Governor Asa Hutchinson is in the midst of a tour around Arkansas hosting town halls where he takes questions about the vaccine, and the state health department has released public service announcements featuring former vaccine skeptics speaking about their change of perspective.

Another is ensuring people are able to get time off work to get their vaccines — a major concern among communities of color, Richard-Davis said.

“We’re working with employers to try and get them to allow that time for vaccination or if someone happens to have adverse events that they don’t feel like going into work the next day, that there’s some flexibility that there’s some leeway,” Richard-Davis said.

When it comes to the FDA’s approval of the current vaccines beyond emergency use authorization, Dr. Robert Hopkins — a UAMS doctor who also serves as the chair of the National Vaccine Advisory Committee — said that he is hopeful it could come “fairly soon.”

“I know that there’s been regular communication between the Pfizer, the Moderna, and the Johnson and Johnson folks, and the FDA,” he told CNN. “I think that that would help at least with a part of our population that’s been hesitant, to know that this vaccine has full approval.”

The outreach seems to be working. At St. Theresa’s, Minerva Mendoza brought her 13-year-old daughter Mary Lara to get her vaccine.

“My position on the vaccine is that we can’t just sit around and wait to get sick and then regret not getting inoculated,” she told CNN. “Right now, it’s about everybody pitching in and overcoming any fears about the vaccine so we can pull ourselves out of this pandemic.”