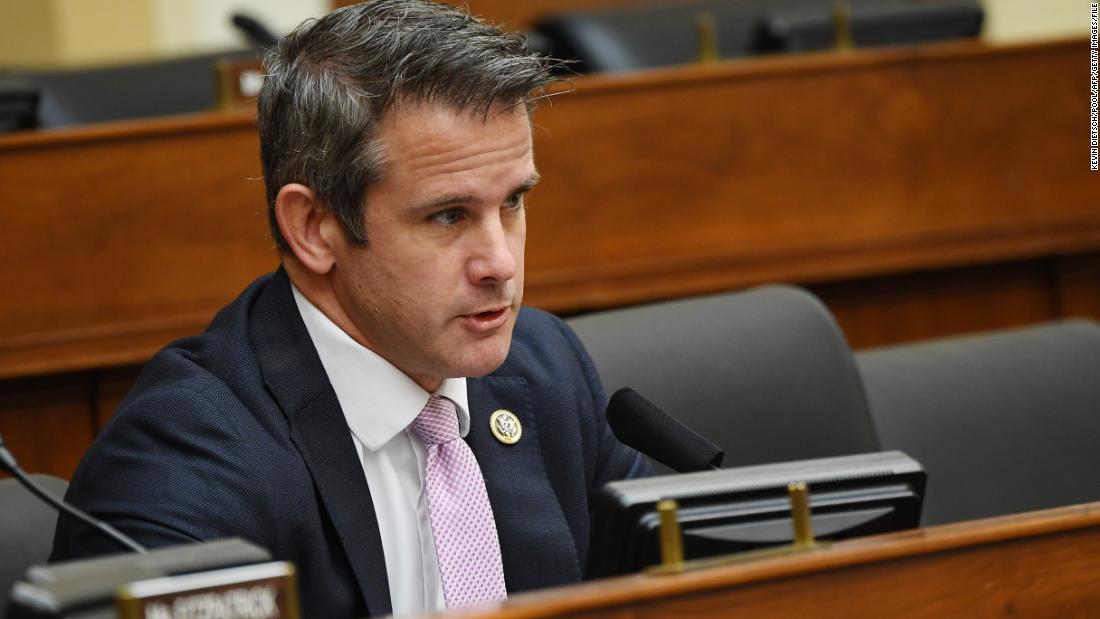 “At the one hand, it’s great relief that we got those thousands of military members out without further incident besides, you know, the one tragic bombing, because that’s really difficult to do,” Kinzinger told CNN’s Jake Tapper on “The Lead.” “On the other hand, it’s kind of like a mix of sadness, because I have this sense of, you know, a number of Americans, a number of allies that we’ve left behind.”

“I know that the Taliban’s kind of good front they’ve put up is going to disappear soon. And so it’s kind of a mixed feeling,” he added. “I hope I’m wrong, and I hope, you know, maybe we have this magical relationship and the Taliban decides they want to liberalize and give women rights and not have retribution against people that fought against them. I really hope so, but unfortunately I don’t foresee that happening.”

The comments from Kinzinger, an Air Force veteran who served in Iraq and Afghanistan, came just after US officials announced the last US military planes had left Afghanistan, bringing to an end a costly 20-year conflict in which nearly 2,000 US troops were killed in action.
Lawmakers from both parties offered mixed reactions on Monday to the exit, which involved the evacuation of more than 122,000 people since July and turned deadly last week when a terrorist attack in Kabul killed 13 US service members and at least 170 others as the US worked to airlift people from the country.

House Armed Services Chairman Adam Smith expressed little confidence following the withdrawal, saying on CNN’s “Erin Burnett OutFront” that “no one should be confident about the situation and the chaotic situation we have in Afghanistan.”

“The Taliban cannot be trusted. I mean even the Taliban can’t control the Taliban, and they certainly can’t control ISIS-K, as we learned a few days ago,” said Smith, a Democrat from Washington state, referring to the terrorist organization that claimed responsibility for the attack targeting US service members outside the Kabul airport.
Rep. Ilhan Omar, a Democrat from Minnesota, appeared to push back on some of the more critical reactions Monday in a brief response to the official exit on Twitter, writing: “Ending wars is good actually.”

Fellow Democratic Rep. Susan Wild of Pennsylvania said she commends President Joe Biden “and our military leadership for taking the tough and courageous step of finally bringing our troops home and for overseeing an unprecedented effort to airlift more than 116,000 people in just two weeks.”

Wild, though, also stressed in her statement that she wanted to get answers “about the timeline and manner in which the evacuation process was carried out.”

Meanwhile, Rep. Michael McCaul, the top Republican on the House Foreign Affairs Committee, told CNN’s Wolf Blitzer on “The Situation Room” that he wants US service members “to know that what they did was worth it. They stopped the 9/11-style terror attack for 20 years, and that was worth it.”

But the Texas congressman argued that “our allies view us a little bit weaker” following the withdrawal, and “our adversaries certainly view us as a weaker force in the region.”

House Minority Leader Kevin McCarthy vowed on Monday that Republicans will “use every legislative possibility to make this case” on Afghanistan, though with Democrats controlling the chamber, his options are limited unless they can garner enough Democratic support.

Speaking at a GOP roundtable in Washington, the California congressman announced that his party will on Tuesday ask for unanimous consent on a bill from GOP Rep. Mike Gallagher of Wisconsin, even though the proposal is certain to be blocked by Democrats during the pro forma session.

The legislation would require a report on the number of Americans still in Afghanistan, an inspector general’s report on any agreements with the Taliban and a status report on any military equipment and classified material left behind, and would prohibit any US funding to the Taliban.

A senior State Department official said the department believes there are fewer than 250 American citizens currently in Afghanistan who may wish to leave, as US officials stressed a Taliban commitment to let Afghans leave the country after the US and allies’ withdrawal.