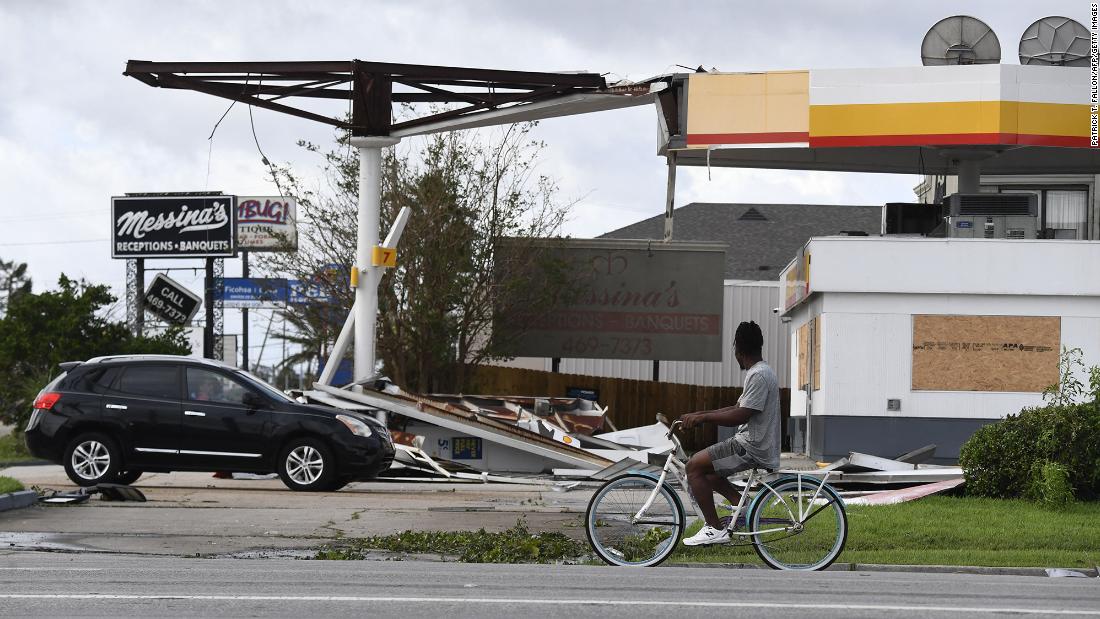 But how much prices will increase, and for how long, will depend on the extent of the damage. The storm hit Louisiana and the Gulf Coast on Sunday, killing at least one person and knocking out power for more than 1 million customers.

The price of a gallon of regular gas stood at $3.15 Monday, according AAA, up only a fraction of a penny from the previous day’s average, and down 1 cent from a week ago. But wholesale gasoline futures were about 5 cents higher in early trading Monday. They were up as much as 10 cents a gallon in Sunday night trading, suggesting retail prices could soon follow suit.

Gas prices have already shot up nearly 80% from their low point in April 2020, when driving and economic activity broadly came to a halt because of the pandemic. But in the months since, Americans have been hitting the road in droves, sending demand for gas up sharply. Prices are up 41% since last August.

More than 95% of US oil production at offshore platforms and rigs in the Gulf of Mexico were shut down ahead of Hurricane Ida, according to the Bureau of Safety and Environmental Enforcement, the federal regulator overseeing those facilities. They will remain shut until further notice, said Tom Kloza, global head of energy analysis for the Oil Price Information Service, which tracks prices for AAA.

Most of the major refineries in the region are shuttered or running at reduced rates, Kloza said, with with no word yet when they’ll be back to normal.

Another concern is that major pipelines carrying gas, diesel and jet fuel from the Gulf Coast to other states were also shut as a precaution ahead of the storm. The shutdown of one of those, the Colonial Pipeline, after a computer hack earlier this year, caused price spikes and gasoline shortages along parts of the East Coast.

Although the flow of oil from offshore platforms and rigs was expected to return to normal within a few days flooding or prolonged power outages could keep the refineries and pipelines offline, which could also push gasoline prices up, Kloza said.

Another potential disruption could come from consumers themselves. In May, panic-buying at the pump exacerbated price surges and shortages during the shutdown of the the Colonial Pipeline.

“We have to watch for bad human behavior,” Kloza said. “It’s the week before Labor Day, which is normally a high-demand week anyway.”

The worst one-week spike of the last 30 years followed Hurricane Katrina in 2005. The average price of a gallon of regular gas shot up 46 cents, or 18%, to $3.07 a gallon, according to data from the EIA. It took two months for gas prices to return to pre-Katrina levels after that storm.

But that kind of spike is a worst-case scenario. In 2005, many refineries in the region were flooded and without power for months, Kloza said.

The greatest impact on gas prices will likely be in the Southeast, said Kloza, which was the area of the country with the cheapest gas ahead of the storm. All the states across the region have average prices below $3 a gallon today.

Another factor in the direction could be an upcoming meeting of OPEC oil ministers along with officials from Russia and several other major oil producers.

The Biden administration, concerned about inflation, has been pressuring allies in the group to agree to an increase in production. The group had been widely expected to agree to a 400,000 barrels a day increase. But Reuters reported that Kuwait’s oil minister made comments on Sunday questioning whether such an increase is needed in the face of surging Covid-19 cases and expectations that the ongoing pandemic could cut into economic activity and oil consumption.
“The markets are slowing,” Mohammad Abdulatif al-Fares said in comments to Reuters on Sunday. “Since Covid-19 has begun its fourth wave in some areas, we must be careful and reconsider this increase.”