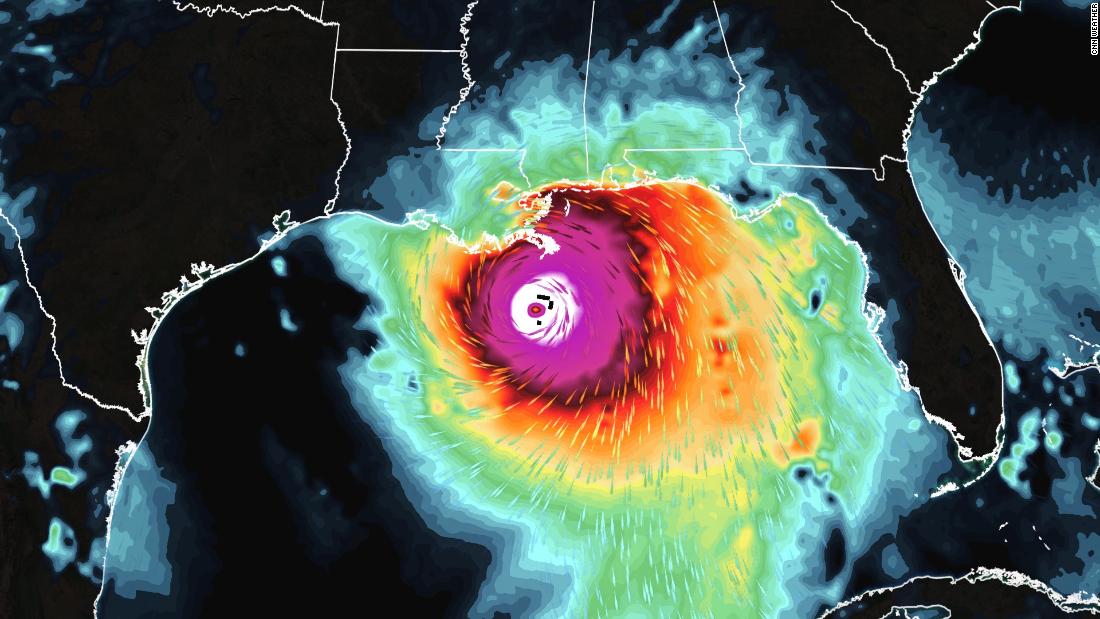 The process, known as “rapid intensification,” is expected to be seen with Hurricane Ida on Saturday afternoon into the evening, meteorologists say. As of 2 p.m. ET Saturday, Ida had strengthened into a Category 2 storm with maximum sustained winds of 100 mph, according to the National Hurricane Center. But the storm’s wind field is expanding over the warm waters of the Gulf of Mexico and it’s expected to begin rapidly intensifying soon, according to the NHC.

“Rapid strengthening is forecast during the next 24 to 36 hours and Ida is expected to be an extremely dangerous major hurricane when it approaches the northern Gulf Coast on Sunday,” the NHC said.

The updated forecast track from the hurricane center has the storm still strengthening into a Category 4 hurricane by Sunday, then making landfall on the central Louisiana coast with sustained winds of at least 130 mph.

Ida already rapidly intensified Friday prior to landfall and as it made landfall on Cuba — gaining 40 mph in wind speed, from 40 mph Thursday night to 80 mph Friday night.

Sign up for email updates for significant storms
A storm like this undergoes rapid intensification when its maximum sustained winds increase at least 35 mph in 24 hours or less, according to the National Hurricane Center. That’s a jump of about two categories on the Saffir-Simpson scale, which grades hurricane strength from 1 to 5.
Hurricane Grace, which struck the eastern coast of Mexico on August 21 as a Category 3 storm, was the last major hurricane in the Gulf of Mexico to rapidly intensify — gaining 55 mph of wind strength in 24 hours to measure 125 mph at landfall. Hurricane Laura rapidly intensified over the Gulf of Mexico in August 2020, increasing its wind speed by 63 mph in the day before it struck Louisiana as a Category 4 storm.
Both hurricanes Katrina and Rita, during the historic 2005 season, also rapidly intensified before releasing devastating damage to the Gulf Coast.

Katrina increased by 57 mph in an astonishing 18 hours. Rita increased by a whopping 69 mph in its first 24 hours in the Gulf of Mexico.

While there isn’t much definitive data on rapid intensification, a few key atmospheric ingredients help it happen, CNN meteorologist Michael Guy said. They’re the same conditions that often emerge in the Atlantic basin between August and October.

Ocean water needs to be warm — more than 86 degrees Fahrenheit is ideal — with that heat extending beneath the surface. Upper level winds must be calm so they don’t disrupt thunderstorm activity.

A storm’s internal conditions also must be just right. A hurricane needs a way to ventilate, much like a car engine, so it can continue to process all of the fuel from the warm water and use it to strengthen the storm.

Because all those pieces must be in place, rapid intensification is rare, with just one or two Atlantic storms per year undergoing such an acceleration.

In 2015, Hurricane Patricia, one of the strongest storms ever recorded, went through one of the fastest and most drastic rapid intensification cycles, with winds increasing about 120 mph in 24 hours.

These storms are more dangerous

Storms that undergo rapid intensification tend to be more dangerous than other storms because they frequently end up as major hurricanes. Adding to the problem, the speed at which they strengthen allows for less warning time. This happened to those on the island of Dominica ahead of Hurricane Maria in 2017.

For instance, forecast models did not predict the rapid intensification in 2017 that made Hurricane Harvey a Category 4 storm in such a short period before it hit the Texas coast.

In rapid intensification, warmer waters must extend beyond just the surface, going hundreds of feet deep to allow plenty of heat content for hurricanes to use for fuel.

“If you increase the speed limit, you make more room for the storms to strengthen, so it can intensify more quickly,” according to Jim Kossin, an atmospheric research scientist at NOAA’s National Centers for Environmental Information.

This has led scientists to believe that storms are more likely to undergo “rapid intensification” as a result of climate change warming the oceans.

Some recent research has shown this increase observed in global tropical data, but the confidence in the data is low.

“We used to observe storms less frequently and with satellites that had lower resolution, and consequently, we likely couldn’t measure rapid intensification as well as we can now,” Phil Klotzbach, a research scientist at Colorado State University, told CNN.