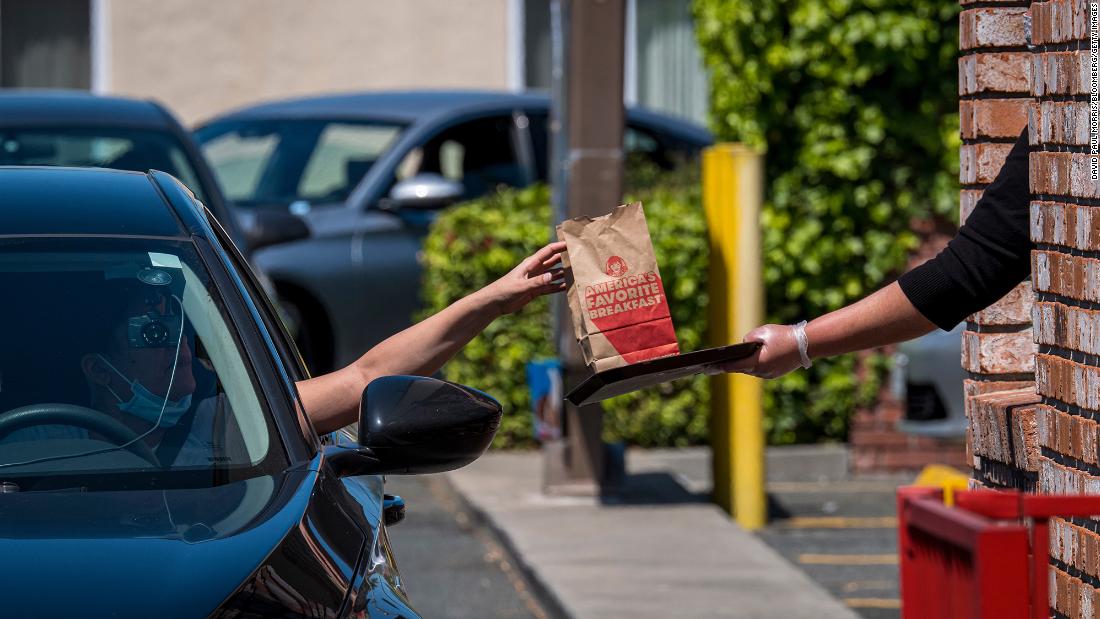 The company announced on Thursday that it will spend an additional $10 million to advertise breakfast this year, bringing its overall spending on breakfast ads to $25 million in 2021.
The investment is designed to get more people to try items from the breakfast menu, and convince people that when they go back to work or drop their kids off at school, they should make a pit stop at Wendy’s (WEN).

“Whatever that routine is, we need to be part of it,” said CEO Todd Penegor during a Wednesday analyst call discussing the company’s second quarter financial results. “That’s why we’re putting [an] additional $10 million of advertising to work, to make sure that that message is loud and clear.”

McDonald’s has long led the market in breakfast. But in recent years, competition has been heating up, with more restaurants trying to get a piece of that part of the day. Dunkin’ has tested out healthier options and launched a plant-based breakfast sandwich, while Taco Bell tries to lure people in with breakfast tacos, burritos, and quesadillas.
Wendy’s was late to the game. It launched a national breakfast menu in March 2020, just before parts of the United States shut down because of the pandemic.

Now, the company sees “opportunities to have fun, trial-driving events to get our food in our consumers’ mouths,” Penegor noted. One example? This weekend, Wendy’s is giving away free croissant breakfast sandwiches.

Wendy’s said in late 2019 that it planned to hire 20,000 people as part of the initiative, and invest $20 million in breakfast. At the time, critics were skeptical that the big breakfast bet would pay off. Wendy’s had tried to launch breakfast in the past, but those attempts were unsuccessful.
Last year, breakfast sales slumped in the industry because of pandemic-driven disruptions to people’s morning routines. But Wendy’s said last year that breakfast was performing well, a trend that continued into 2021.

“In the second quarter, our breakfast sales accelerated as expected, growing 10% over the first quarter,” Penegor said. The chain’s $1.99 Honey Butter Chicken Biscuit and two for $4 breakfast deal helped drive the growth, he added, saying that “these promotions have been critical to our success as we continue to see very strong customer repeat and high customer satisfaction after people try our breakfast.” Wendy’s didn’t compare breakfast sales in the second quarter to the same period last year.

In the second quarter, breakfast sales contributed to a 16% spike in US restaurants open for at least 15 months compared to the same period in 2020. Growth was nearly 12% compared to 2019, before the pandemic.

With the additional advertising money, the chain is “confident” that it can increase breakfast sales by 30% in 2021, Penegor said. He added that by the end of next year, about 10% of Wendy’s sales should come from breakfast.