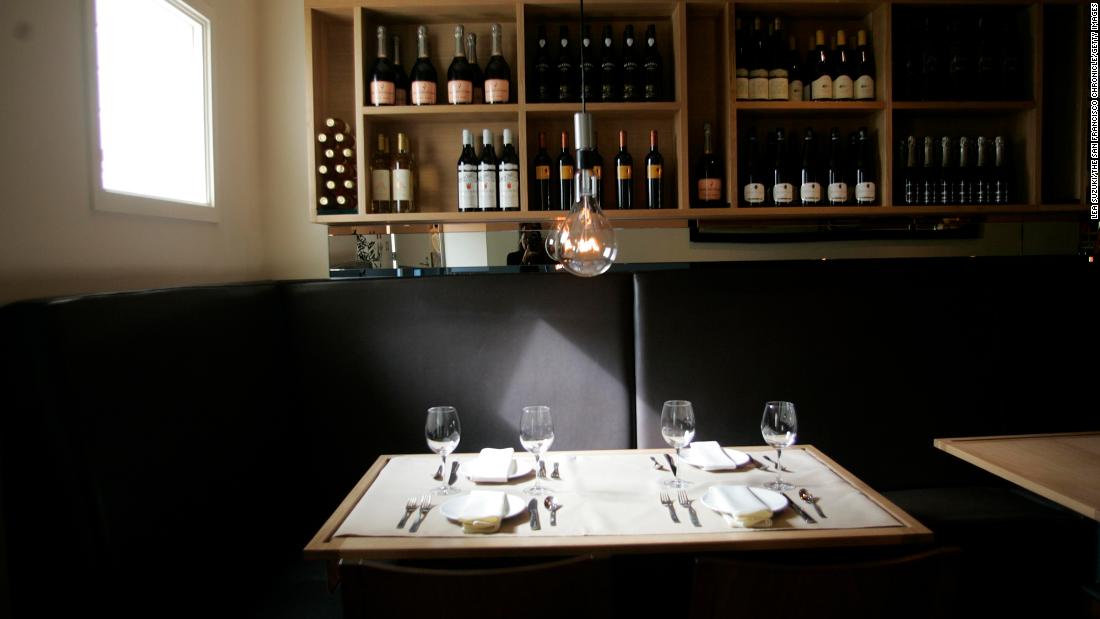 But that moment has passed. Now, with Covid-19 cases surging once again as the Delta variant of the coronavirus rampages largely through the unvaccinated, restaurants are wondering what’s ahead.

So far, the sector is still looking good, but growth is softening. According to the Census Bureau sales at bars and restaurants grew 1.7% from June to July. That growth is slower than from May to June, when sales grew 2.4%.

Some restaurant owners are starting to see disruptions in the form of slowing sales, no-shows, nervous guests and supply chain hiccups. Some wonder when they can start to go back to normal, how bad things will get, and if they’ll be able to pull through.

Sales drop and people mask up

Nya Marshall’s Detroit restaurant, Ivy Kitchen, had been open about six months when Covid hit. After a rough year, she finally felt like the situation was starting to look up in the spring.

“Things were improving,” she said. “People were coming back out.” Marshall was finally able to start seeing momentum around the restaurant. The local community was “really embracing who we are,” she said.

But about six weeks ago, things took a turn, she said. Ivy Kitchen’s sales are down about 24% since that time, she said.

“The Delta variant is unnerving to people,” she said. She’s noticed that customers are once again wearing masks indoors, even though fully vaccinated people are not currently required by law to do so in Michigan. Some patrons have also asked to remain socially distant.

Laurie Thomas, executive director of the Golden Gate Restaurant Association and owner of San Francisco restaurants Rose’s Cafe and Terzo, said that she’s noticed a rise in no-shows, or customers who make reservations but don’t show up or cancel.

During the first weekend in August, after San Francisco reinstated its mask mandate due to rising infections, “we were running like 15% to 20% no-shows, which is very disappointing,” she said. Typically, that figure is about 5% to 10%.

And “we started to see reservations shift drastically to outside,” she added.

Soon after California lifted its mask mandate for vaccinated individuals in June, reservations “switched back to inside because unfortunately, our summer in San Francisco was cold and foggy,” Thomas said. But in the first two weeks of August, “we started to see … a marked shift outside again.”

Ideally, “we want people to sit everywhere,” she said. “Because in order for a restaurant to survive, we need to be fully booked.”

New requirements started in the city on Friday. Now, people who want to eat indoors must show proof that they are fully vaccinated.

Thomas is supportive of the vaccine mandate. If customers are not vaccinated, “it’s not as safe for our employees,” she said. But, she added, “I’m very worried that we’re going to have [customers] that … are going to be surprised” by the rule. “And that’s not what we want.”

Steve Sarver owns a small chain of soup and salad spots called Ladle & Leaf. Going into the pandemic, he had eight locations open in downtown San Francisco, which primarily catered to the office crowd. But now, with a growing number of companies putting off return-to-work plans, only two of those locations are open for business, and one is closed permanently.

A month or so ago, Sarver had hoped to open the remaining five in September. Now, he’s not sure. “It’s very hard for me to predict what our opening plan will be,” he said. “It’s hard to predict when people will want to return to the financial district.”

Dick’s Drive-In, a small Seattle chain of quick-service restaurants, is in a different situation. Dick’s mostly serves customers who take their orders to-go. But the surge in Covid-19 infections is still having an impact on Dick’s because it’s disrupting the company’s supply chain.

“This week it’s straws, last week it was salt, a couple weeks ago it was mustard,” president Jasmine Donovan said in a recent interview.

Each disruption poses a unique challenge. On one occasion, Donovan said, a major distributor shut down while quarantining employees after someone tested positive. Donovan’s team had to send a van to pick up the products. Sometimes items are slow to come because of labor shortages along the supply chain.

“It’s just a mad scramble every day to make sure we have what we need to serve our customers,” she said. “Our people are under a lot of stress. And we just really appreciate everyone’s patience and understanding.”