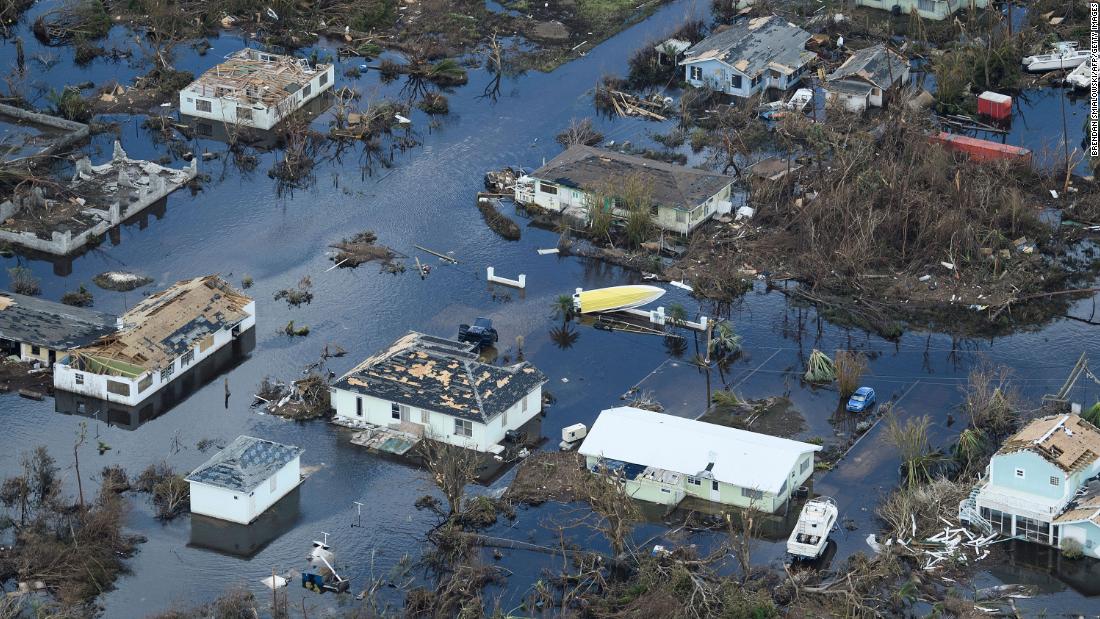 Hurricanes — also called tropical cyclones or typhoons outside North America — are enormous heat engines of wind and rain that feed on warm ocean water and moist air. And scientists say the climate crisis is making them more potent.

The proportion of high-intensity hurricanes has increased due to warmer global temperatures, according to a UN climate report released earlier this month. Scientists have also found that the storms are more likely to stall and lead to devastating rainfall and they last longer after making landfall.

“We have good confidence that greenhouse warming increases the maximum wind intensity that tropical cyclones can achieve,” Jim Kossin, senior scientist with the Climate Service, an organization that provides climate risk modeling and analytics to governments and businesses, told CNN. “This, in turn, allows for the strongest hurricanes — which are the ones that create the most risk by far — to become even stronger.”

Scientists like Kossin have observed that, globally, a larger percentage of storms are reaching the highest categories — 3, 4 and 5 — in recent decades, a trend that’s expected to continue as global average temperature increases. They are also shifting closer to the poles, moving more slowly across land, growing wetter, and stalling in one location, Kossin found.
“There’s evidence that tropical cyclones are more likely to stall,” said Kossin, naming hurricanes Harvey, in 2017, Florence, in 2018, and Dorian, in 2019, as examples. Hurricane Harvey dumped more than 60 inches of rain on some parts of Texas, causing about $125 billion in damages, according to the National Hurricane Center, and killing more than 100 people.

“All of these were devastating to the places where they stalled,” he added. “The combination of slower movement and more rain falling out of them increases coastal and inland flooding risk tremendously.”

A 2020 study published in the journal Nature also found storms are moving farther inland than they did five decades ago. Hurricanes, which are fueled by warm ocean water, typically weaken after moving over land, but in recent years they have been raging longer after landfall. The study concludes that warmer sea surface temperatures are leading to a “slower decay” by increasing moisture that a hurricane carries.

And as storms like Henri makes landfall, torrential rain, damaging winds and storm surge become the most significant, often pernicious, threats. Storm surge, produced by wind blowing ocean water onshore is also expected to get worse over time due to stronger hurricane winds and climate change-fueled sea level rise, according to Kerry Emanuel, a professor of atmospheric science at the Massachusetts Institute of Technology.

“It’s a very dangerous phenomenon,” he said. “And it’s responsible for a lot of the loss of life in the storms.”

For every fraction of a degree the planet warms, according to the UN report, rainfall rates from high-intensity storms will increase, as warmer air can hold more moisture. Earlier this week, what had been Tropical Storm Fred dumped more than 10 inches of rain on western North Carolina, according to the National Weather Service, which pushed the Pigeon River near Canton 9 feet above flood stage and killed at least four people.
The science behind climate change attribution, which attempts to determine how much of a role it played in extreme weather, has made significant advances in the past decade, according to the UN climate report. Heat waves, flooding, drought and higher coastal storm surge are things that scientists are more confident now in linking to climate change. But there are still some questions around hurricane development that need answers, according to Emanuel.

Although it’s hard for scientists to tell whether odd storm tracks in the North Atlantic, like Henri’s, are becoming more frequent because of climate change, long-term changes along the coast in the Northeast will ultimately influence the storms that do make landfall there.

“One thing that we might be able to speculate on is that the very unusually warm ocean along the US Northeast coast and Canada has a likely human fingerprint on it,” Kossin added. “These warm waters should allow Henri to maintain greater intensity as it moves northward.”

Bob, in 1991, was the last hurricane that made landfall in the New England region. However, Irene, in 2011, and Sandy, in 2012, were destructive for the Northeast when they came ashore, even though they did not make landfall as hurricanes.

The 2020 hurricane season tore through the alphabet so quickly that it was forced to use Greek letters as names from September through November. This year’s season is already above average: Atlantic storms beginning with the letter H typically occur toward the end of September, meaning Henri formed more than a month ahead of average.

As the planet rapidly warms, extreme weather events will become more disastrous and possibly harder to predict. Unless climate and emergency management policies are fixed, Emanuel says infrastructure damage and potential loss of life will increase.

“The forecasters’ nightmare is going to bed with a tropical storm in the Gulf of Mexico, headed toward a populated area, and waking up with a Category 4,” Emanuel said. “And as the climate warms, that becomes more and more likely.”