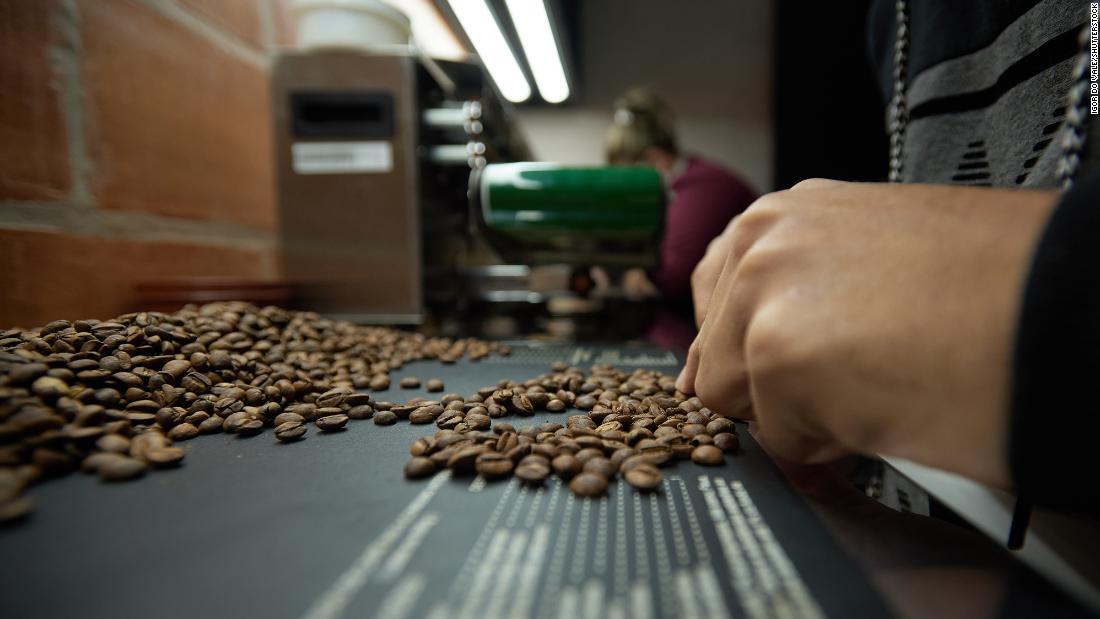 The food price spikes demonstrate how extreme weather, much of it caused by the climate crisis, is having a real-world impact on Americans. And climate scientists warn the fallout will only intensify from here.

‘Bid to the moon’

World food prices have soared by 31% over the past year, according to the the Food and Agriculture Organization of the United Nations. Supply shortages caused by extreme weather is one of several factors behind this food inflation.

“There’s no doubt that changes in weather patterns are impacting our food supply,” said Jennifer Bartashus, a senior analyst at Bloomberg Intelligence who covers retail staples and packaged food.

Robert Yawger, a 35-year veteran of the commodities industry, is no stranger to price booms in agriculture. But unlike prior booms, this one isn’t being driven by typical factors like emerging market demand or a weak US dollar.

“In the past, it wasn’t that there was a climate catastrophe rallying everything at once,” said Yawger, executive director of energy futures at Mizuho Securities. “I’ve never seen anything like this — where everything is bid to the moon at the same time.”

Severe weather events have contributed to natural catastrophe losses of $40 billion during the first half of 2021 alone, according to Swiss Re, the world’s largest reinsurance company. That’s the second-highest amount on record.

Of course, not all extreme weather is caused by the climate crisis.

For example, some shifting weather patterns could be caused by La Nina, according to Rosenzweig, the Columbia professor who is also senior research scientist at the NASA Goddard Institute for Space Studies.

And the rise in food prices can be driven by multiple factors — some of which have nothing to do with climate change.

For instance, some food inflation is being caused by a shortage of workers, including in the agricultural sector amid the pandemic and Trump administration’s crackdown on immigration. Transportation costs are also high because of elevated oil prices and a shortage of truck drivers. That’s not to mention elevated packaging costs.
Consumer prices soared by 5.4% during the 12 months that ended in July, according to government statistics released Wednesday. That matches the fastest annual jump in prices since 2008. Producer prices rose even faster in July, setting a record for the second month in a row.

“I’ve been in the industry for 38 years and this is the highest we’ve ever seen inflation go up in our company,” said Orlando Olave, senior director of operations at New York supermarket Morton Williams. “It’s incredible how many things are going up now.”

93% of wheat in poor condition in Washington State

Wheat prices are going up in part due to “concerns over dry weather and crop conditions in North America,” according to the UN food agency. Specifically, droughts in Canada and the Northwestern part of the United States have wiped out wheat crops.
The most recent crop report published by the USDA found that just 11% of spring wheat across six US states is in good to excellent condition. That’s down from 69% a year ago.
In Washington State, a staggering 93% of the spring wheat is in poor or very poor condition because of droughts, according to the Drought Monitor.

“It’s been cooked. Day in and day out they’re getting temperatures they’ve never seen before,” Yawger said.

More than 95% of the Western part of the United States is currently in some level of drought.

Climate change is increasing the frequency and severity of droughts, according to the UN Intergovernmental Panel on Climate Change. A report issued by the group this week found that droughts that may have only happened once a decade, now happen 70% more often around the world.

Chris Field, a professor who studies climate change at Stanford University, worries about how droughts and water constraints in California and the West will impact America’s supply of nuts, fruits and vegetables.

“So far, we have not seen widespread food price increases for American consumers,” Field wrote in an email. “But, as extremes become more common, the risk becomes more and more real.”

Coffee and sugar prices on the rise

The deep freeze in Texas earlier this year caused at least $600 million in agricultural losses across the Lonestar State, according to research from Texas A&M University. That included the loss of livestock, citrus and vegetable crops.
Severe frost has damaged coffee crops in Brazil, raising fears of a severe decline in production.

Unfortunately, these climate-driven crop problems are only going to add to the sticker shock gripping America.

“If demand remains the same, or even grows as restaurants open, but supply is constrained, that will naturally translate to higher prices that are paid ultimately by the consumer,” said Bartashus, the Bloomberg Intelligence analyst.

Even before the unusually cold temperatures in Brazil, US retail coffee prices were on the rise in part because of droughts in Brazil. The average price of ground coffee hit $4.75 per pound in April, the highest level in nearly six years, according to the Bureau of Labor Statistics.

Although coffee prices have since retreated, the frost in Brazil threatens to reverse that. The impact to consumers may not be immediate because of the way major companies buy coffee beans (and other commodities).

Starbucks (SBUX) said last month that customers won’t be forced to spend more on coffee because the company buys coffee beans ahead of time and locks in prices.

There’s little doubt, at least in Yawger’s mind, that climate change is to blame for the simultaneous impact to various crops.

“The chance all of these pieces would move in an anti-harvest way would be one in a million,” he said. “The evidence is overwhelming that it is a change in weather.”