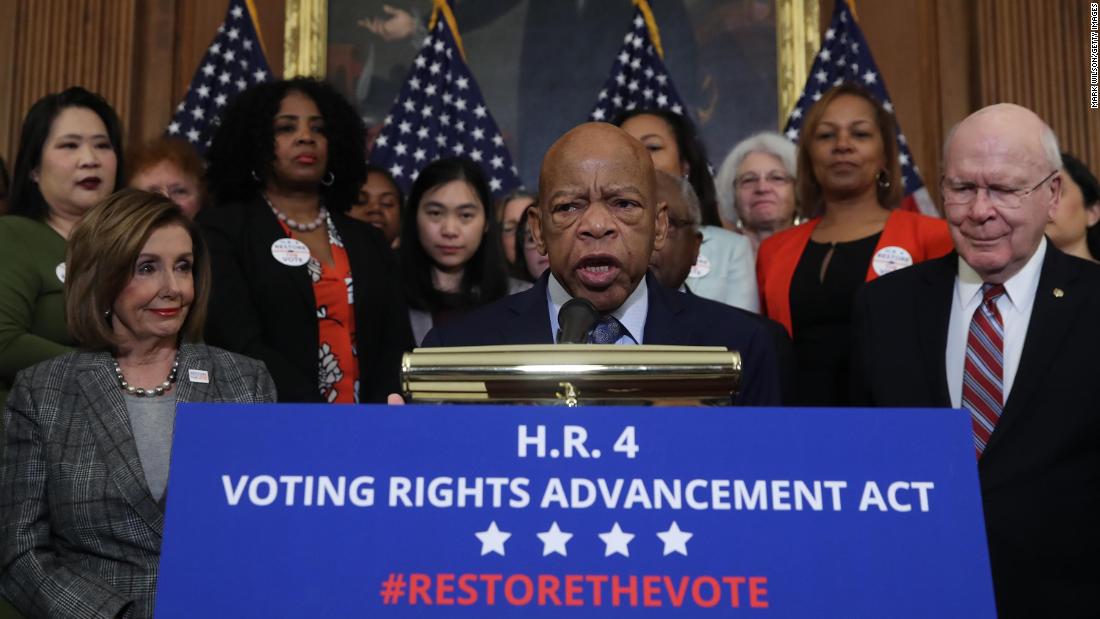 “John knew that the fight for justice never truly ends,” tweeted Democratic Rep. Terri Sewell of Alabama. “Each generation must fight & fight again to preserve the progress of the past and advance it. Now it’s our turn.”

The bill would restore an aspect of the 1965 Voting Rights Act that allowed the Justice Department to block certain jurisdictions with a history of voter discrimination from changing their voting rules, after conservative justices on the Supreme Court ruled in 2013’s Shelby County v. Holder that the formula used was outdated. Attorney General Merrick Garland recently wrote in The Washington Post that the Voting Rights Act’s “preclearance” provision was “enormously effective” and led to “thousands of discriminatory voting changes that would have curtailed the voting rights of millions of citizens in jurisdictions large and small.”

The bill also responds to the Supreme Court’s 6-3 decision this year in Brnovich v. Democratic National Committee, which limited the ability of minorities to challenge state laws that they say are discriminatory under a different section of the Voting Rights Act.

The bill faces a steep climb in the Senate, where the vast majority of Republicans oppose it, calling the legislation a massive federal overreach into the states’ role in elections. At this point, Alaska Sen. Lisa Murkowski is the only Senate Republican expected to support the bill.
Senate Minority Leader Mitch McConnell said in June that the bill is “unnecessary” since “it’s against the law to discriminate in voting on the basis of race already,” although the legislation would allow the Justice Department to block a law before it comes into effect.

McConnell said the bill would “grant to the Justice Department almost total ability to determine the voting systems of every state in America.”

This story and headline have been updated to reflect additional developments Tuesday.