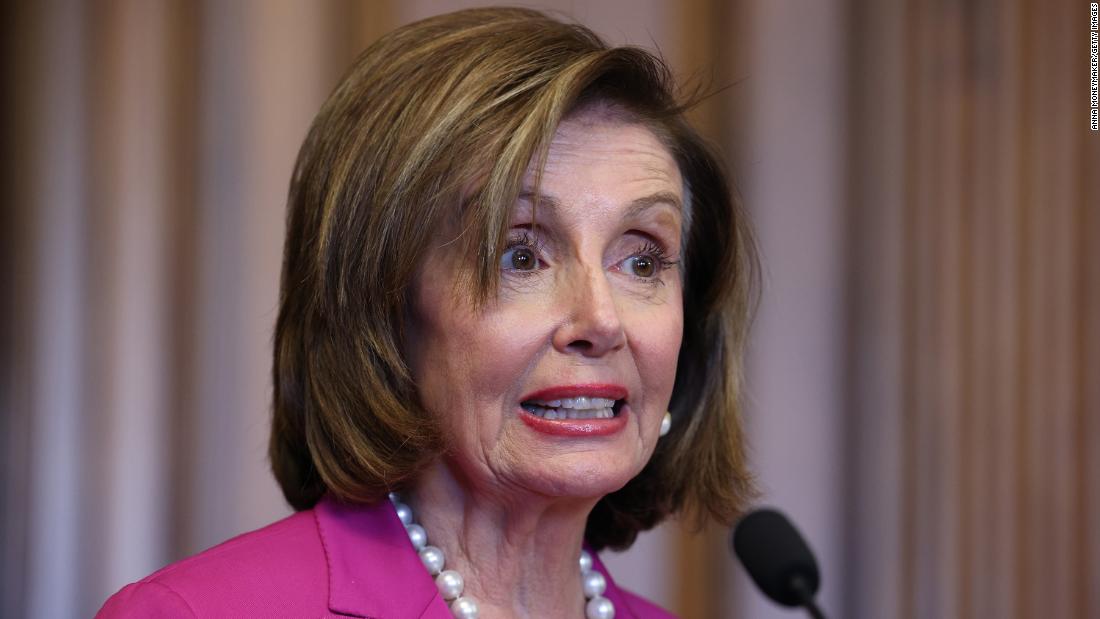 It’s the first warning sign of a growing rift among Capitol Hill Democrats that could threaten President Joe Biden’s infrastructure agenda and reveal deep schisms within the party’s ranks. But it’s also just the beginning of a months-long effort to pass two major legislative packages that were always going to be a high-wire act for the President and his allies on Capitol Hill.

Behind the scenes, the speaker is digging in, telling her leadership team Monday that she’s committed to her same two-track strategy she’s been touting all along. Pelosi has made clear for months that the House won’t take up the bipartisan deal until the Senate has also passed a more sweeping social spending package through budget reconciliation, a plan that comes as progressives have vowed not to back the bipartisan bill on its own without the social spending package.

It’s a sign of a speaker who allies say won’t be controlled by the whims of the fringes of her caucus. And sticking with her position now sends a strong signal later that threatening Pelosi doesn’t work, no matter what side of the caucus a lawmaker is on. It’s a strategy that will be essential if Pelosi is going to shepherd the President’s agenda through a narrowly divided House where progressives and moderates have conflicting views of how big government should be in the waning months of the pandemic.

In the short term and with a narrow majority, Pelosi’s resolve could leave her without the votes next week when the House returns to vote on the $3.5 trillion budget, but Pelosi has also made clear that bending to the moderates’ demands of bringing the bipartisan bill to the floor would also fail to pass in the House of Representatives because of progressive opposition.

Pelosi has always said her strategy is to first bring up a $3.5 trillion budget resolution to instruct the relevant committees to write a massive social programs bill that includes an extension of the Child Tax Credit, an expansion of health care services, paid time off and tax increases on corporations and wealthy individuals who make more than $400,000 a year. Only then would Pelosi plan to bring the bipartisan bill to the floor for a vote.

The strategy was long intended to be a trust fall for both wings of her party. The moderates go along with the Democratic-only proposal to get a vote on the bipartisan bill and the progressives vote for the scaled-down bipartisan bill to get their larger package through the House.

The major internal divisions emerging now present a real challenge for Democratic leadership and underscore how difficult it will be to enact Biden’s major priorities on infrastructure and expanding the social safety net with such a narrow Democratic majority in Congress. The effort to pass both packages also presents a test of how far each ideological wing of the party — moderates and progressives — are willing to go in order to put pressure on leadership, and how far they will take the emerging standoff.