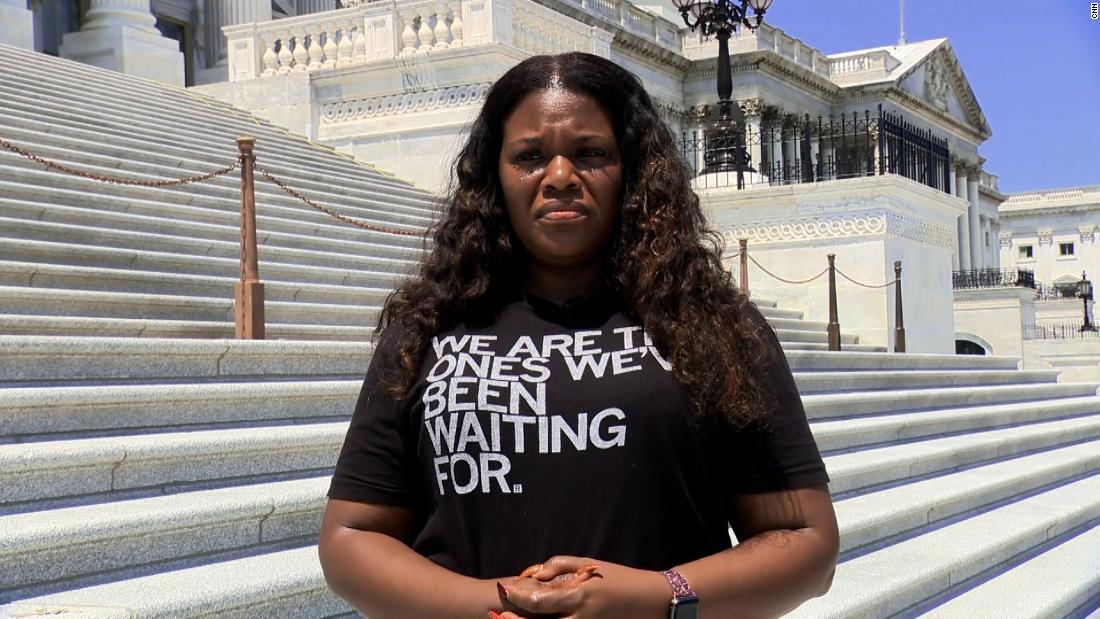 “The House is at recess. People are on vacations. How are we on vacation when we have millions of people who could start to be evicted tonight?” Bush, a Missouri Democrat, told CNN’s Jessica Dean on “Newsroom” Saturday afternoon. “There are people already receiving and have received pay or vacate notices that will have them out on tomorrow. People are already in a position where they need help, our most vulnerable, our most marginalized, those who are in need.”

“How can we go vacation? No, we need to come back here,” said Bush, speaking from the steps of the US Capitol where she had slept overnight in an effort to appeal to her colleagues to extend the moratorium.

All day Friday, Democratic leaders scrambled to find enough votes to extend the moratorium beyond the July 31 deadline to no avail, even attempting to pass a bill to extend the eviction moratorium by unanimous consent.

Bush, who had been unhoused and evicted before she joined Congress, urged House leadership to reconvene and pass the legislation that would allow Americans to stay in their homes through the end of the year.

The congresswoman said she’s been in communication with House leadership, but has not “heard any assurances right now that that can happen. But we’re holding out hope.”

On Friday, Bush invited members of her party to join her on the Capitol Plaza, and was joined by her progressive colleagues Reps. Ayanna Pressley of Massachusetts and Ilhan Omar of Minnesota during the night, and visited by Massachusetts Sen. Elizabeth Warren on Saturday.

Bush wrote in a letter to her colleagues Friday that she “cannot in good conscience leave Washington tonight while a Democratic-controlled government allows millions of people to go unhoused as the Delta variant is ravaging our communities.”

She vowed to keep fighting for the millions of Americans who will be affected by the moratorium’s expiration.

“I plan to be here until something happens,” she told CNN on Saturday. “Hopefully something happens today. I don’t have an end moment or time. I didn’t know this time yesterday I would be here tonight. We’re just taking it one step at a time.”

Bush told CNN’s Daniella Diaz earlier Saturday that she knows “what it’s like to wonder if I’m going to get that eviction notice.”

“The hope that when you show up at that door, just hoping that when you get a glimpse of that door, that there’s no piece of paper from the sheriff,” she said. “Your whole life turns upside down.”