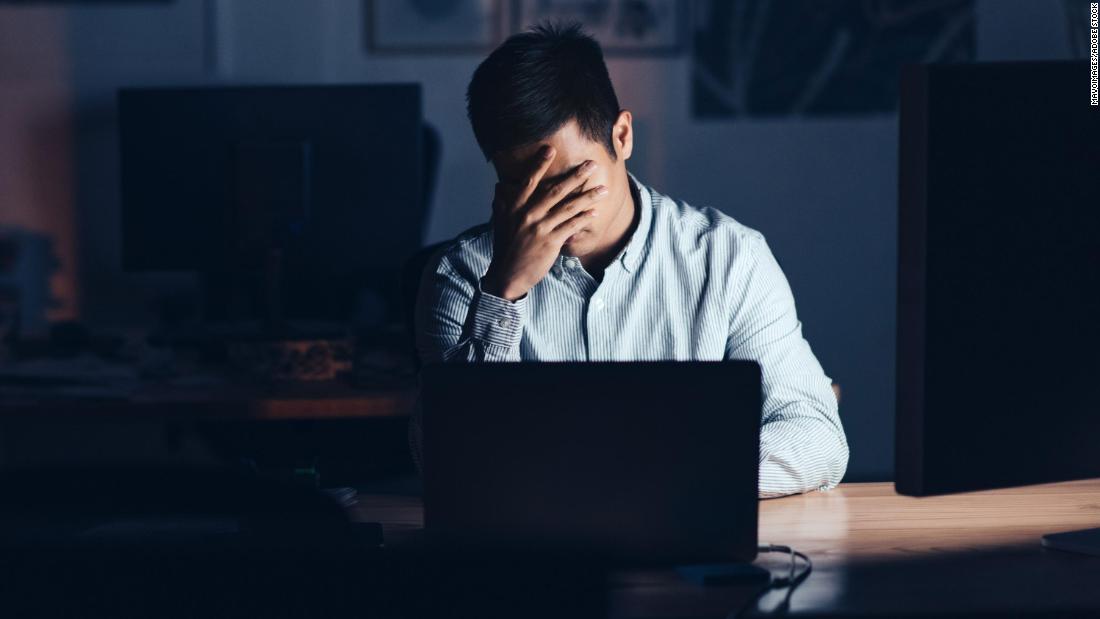 It’s yet another study illustrating the link between the mind and a person’s heart health, said cardiologist Dr. Glenn Levine, a professor of medicine at Baylor College of Medicine in Houston who was not involved in the study.

“Stress, depression, frustration, anger and a negative outlook on life not only make us unhappy people but negatively impact our health and longevity,” said Levine, who chaired the AHA’s scientific statement on the connection between mental well-being and heart disease.

When developing the AHA statement, “we looked at all the data we could find and we concluded that negative psychological health factors such as stress were clearly associated with many cardiovascular risk factors,” Levine said.

The good news, Levine said, is that because the mind, heart and body are interconnected and interdependent, a person can also improve their cardiovascular health by striving for a positive psychological outlook.

“You can decide to change your mindset about that stressful situation or set boundaries — just by being aware you can keep that stress from becoming toxic to you,” said stress management expert Dr. Cynthia Ackrill, an editor for Contentment magazine, produced by the American Institute of Stress.

“We shouldn’t discount our ability to have a role in our well-being,” said Ackrill, who was not involved in the study.

The new study followed 412 multiracial adults between the ages of 48 and 87 with normal blood pressure, measuring urine levels of stress hormones at several points in time between 2005 and 2018. Hormone levels were then compared to any cardiovascular events that may have occurred, such as high blood pressure, heart pain, heart attacks and bypass surgery.

“Previous research focused on the relationship between stress hormone levels and hypertension or cardiovascular events in patients with existing hypertension. However, studies looking at adults without hypertension were lacking,” said study author Dr. Kosuke Inoue, an assistant professor of social epidemiology at Kyoto University in Japan, in a statement.

The study tested for three hormones — norepinephrine, epinephrine and dopamine — that regulate the autonomic nervous system and control such involuntary body functions as heart rate, blood pressure and breathing.

Inoue and his team also looked at levels of cortisol, a steroid hormone that is released by the body in reaction to acute stress such as danger. Once the danger has passed, the body reduces cortisol output — but if a person is continuously stressed, cortisol levels can remain elevated.

Doubling levels of cortisol alone — but not norepinephrine, epinephrine or dopamine — was associated with a 90% higher risk of having a cardiovascular event, the study found.

Each time combined levels of all four stress hormones doubled, the risk of developing high blood pressure rose between 21% and 31%. The effect was more pronounced in people under the age of 60, a worrisome finding, according to the researchers.

“In this context, our findings generate a hypothesis that stress hormones play a critical role in the pathogenesis of hypertension among the younger population,” they wrote.

The study had limitations, including the lack of a control group and the use of just one measure — urine analysis — to test for stress hormones, the authors noted.

Still, examining urinary measures of stress hormones over time is “neat and novel,” Levine said. “It’s a somewhat objective way, as best we can tell with imperfect tools, of categorizing people who are likely to be more stressed, more of the time.”

Wait a minute, you say. I want to know if I’m stressed — but I can’t run out and get a urine test. How can I know if I’m at risk for heart problems due to higher levels of stress hormones?

“While we all obviously don’t know what our urine cortisol levels are, there are ways we can learn to self-reflect on whether we may have some negative psychological factors, particularly things like stress,” Levine said.

“If we do recognize that we tend to be frequently stressed, frustrated or angered, then it’s helpful to ponder what exactly are the things that lead us to become stressed,” he added. “Once we do that, we can really thoughtfully sit down and decide, is it worthwhile to allow these things to lead me to become stressed or frustrated?”

Becoming aware of what triggers your stress allows you to be able to stop those automatic hormonal responses before they trigger your circulatory system, Ackrill said.

“The mechanism of stress is that we get worked up over something so our sympathetic nervous system revs everything up. We need our heart pumping fast to keep our blood pressure up so that we’ve got good circulation and we can get away from the danger,” she said.

“You want to intervene earlier, when you’re just starting to mount your stress response, with some deep breathing or another relaxation response,” Ackrill added.

That will allow your higher executive brain to kick in, giving you options on how to handle the situation.

“Often we let our mind quickly react to something before we’ve truly had time to allow our higher levels of cognitive functioning, our prefrontal cortex, to weigh in,” Levine said. “We want to pause, ponder and digest this, and take a couple seconds to decide what is the most skillful way to react.”