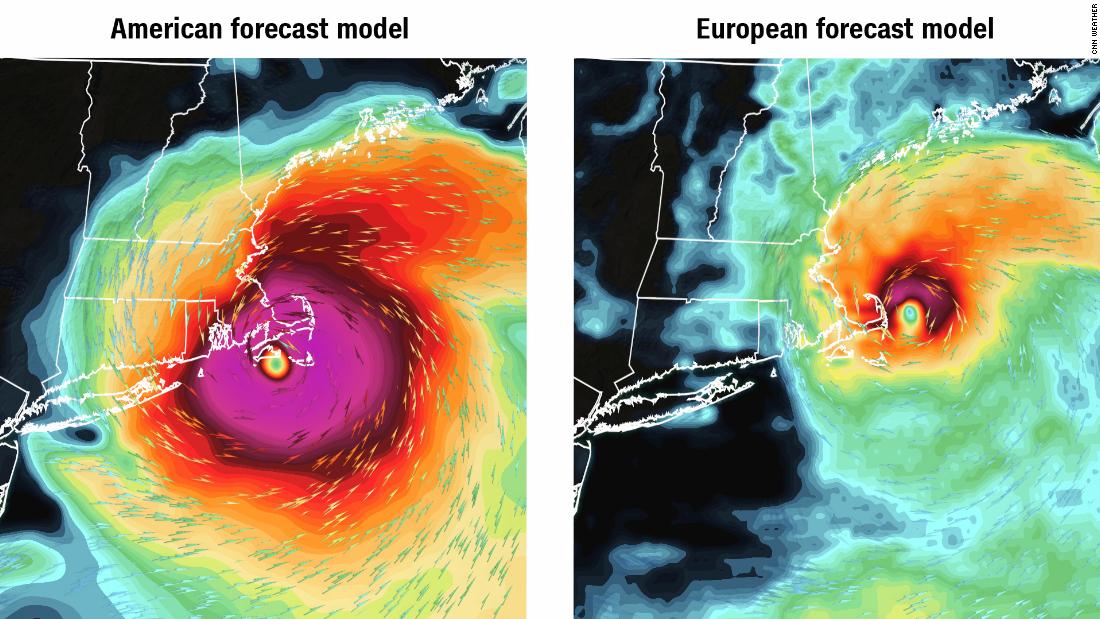 “The biggest point here is that it’s still too soon to know exactly how close Henri’s center will get to the coast of New England,” the National Hurricane Center (NHC) says.

Even if Henri stays offshore, swells from the storm could cause life-threatening high surf and rip currents.

However, the official NHC forecast does have landfall as a possibility for New England, from Connecticut up through Maine.

“It should be noted that as Henri gains latitude and moves near New England, the wind field is expected to expand,” the NHC says in their latest update. “Therefore, users are reminded to not focus on the exact forecast points as impacts will extend far from the center.”

The NHC also notes that watches and warnings for the locations inside the cone will likely be required this weekend, and may be issued as early as tomorrow.

It doesn’t help that weather forecast models seem to be all over the place when it comes to Henri’s predicted track.

Massachusetts, which has the potential to take a direct hit, can expect multiple potential hazards such as damaging winds, storm surge, and heavy rain.

“Keep in mind tides will be astronomically high this weekend along both coasts,” says the National Weather Service (NWS) in Boston.
High tide timing is important because the moon phase tides will already be higher than normal, so any storm surge on top of that could trigger enhanced coastal flooding.
“Track will ultimately tell us which coastline is most at risk (east coast vs south coast) or if both will be in play,” the Boston NWS said.

The onset of tropical-storm-force winds for coastal Massachusetts is expected Sunday morning, so the NWS urges that all preparations must be done by that point.

Even though the models may vary on what the exact impacts will be from Henri, it is always better to be prepared in case the storms hits.

Henri will likely deliver these impacts

“Generally with tropical storms the biggest impact is from flooding rains,” said Margaret Curtis, a meteorologist with the NWS in Portland, Maine.

Thanks to the remnants of Tropical Storm Fred, much of New England will be receiving heavy rainfall today. There are also additional rain chances in much of the Northeast this weekend, so flooding will be a concern even before Tropical Storm Henri potentially hits the area. But Curtis explains there are other concerns as well.

“For the coast, high surf and pounding can create coastal flooding and erosion,” said Curtis.

And high surf, as well as rip currents, won’t just be limited to the Northeast. Coastal communities from North Carolina up through Atlantic Canada could experience “life-threatening surf and rip currents,” according to the NHC.

Extra weather balloon launches are expected to take place along much of the East Coast. These additional launches supply extra insight into what the atmosphere may be doing to influence Henri’s forecast track.

“The hurricane hunter planes sampling the atmosphere around the storm will likely play a bigger role than the extra launches in gaining accuracy and confidence in the upcoming model output,” says Chad Myers, CNN Meteorologist. “It is too early to determine what the storm will do at this hour, but a direct landfall as a hurricane and then the center stopping over land making tremendous flooding seems to be the worst-case scenario in some of the current model output.”