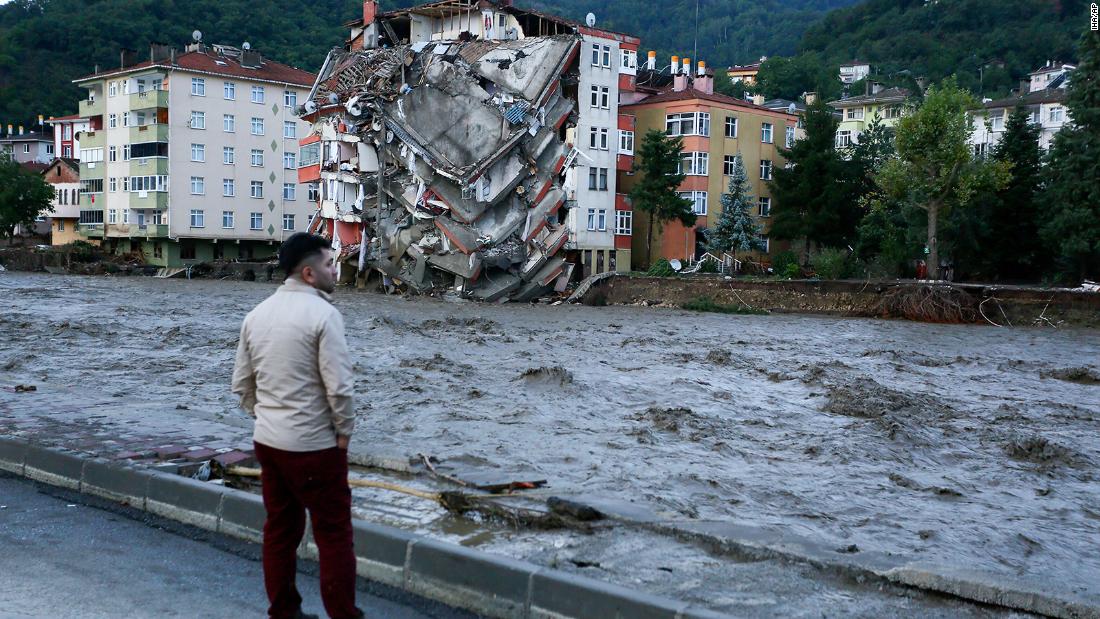 The floodwaters brought chaos to northern provinces just as authorities were declaring that some of the wildfires that had raged through southern coastal regions for two weeks had been brought under control.

The floods and the fires, which killed eight people and devastated tens of thousands of hectares of forest, struck in the same week that a United Nations panel said global warming is dangerously close to spiraling out of control.

Fifteen people were killed in the floods in Kastamonu province and two people died in Sinop, authorities said, adding that search and rescue operations were continuing.

More than 1,400 people were evacuated from the areas affected, some with the help of helicopters and boats, and about 740 people were being housed in student dormitories, the Disaster and Emergency Management Directorate (AFAD) said.

Helicopters lowered coast guard personnel onto the roofs of buildings to rescue people who were stranded as flood water swept through the streets, footage shared by the Interior Ministry showed.

The deluge damaged power infrastructure, leaving about 330 villages without electricity. Five bridges had collapsed and many others were damaged, leading to road closures, AFAD added. Parts of the roads were also swept away.

Television footage showed the floods dragging dozens of cars and heaps of debris along the streets. The heavy rainfall in the region was expected to ease on Thursday evening, AFAD said.

Authorities said that 299 forest fires which had burnt across southwestern provinces for the last two weeks had been brought under control.

President Tayyip Erdogan said they were the worst fires Turkey had faced in its history. Thousands of Turks and tourists were evacuated as the flames spread through Aegean and Mediterranean coastal regions, fanned by hot, dry weather and strong winds.