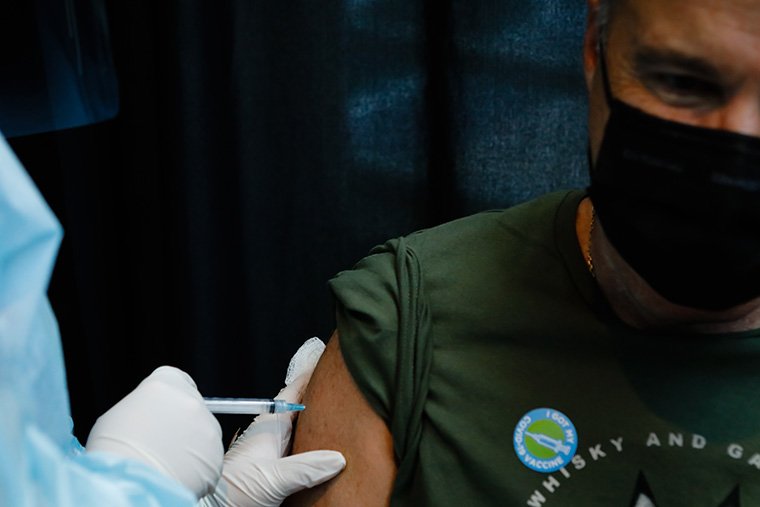 Dubai’s flagship airline, Emirates, welcomed the decision by the UK to move the United Arab Emirates to the “amber” list, saying in a statement that they have been receiving a huge surge in queries from customers “desperate to travel to see their families.”

“Since the UK’s announcement, we’ve seen a huge surge in queries from customers desperate to travel to see their families, planning their kids’ return for the new school term, as well as their postponed business or holiday travel,” Emirates Chief Commercial Officer Adnan Kazim said in a statement on Friday.

In a promotional video posted on Emirates’ social media, an actress dressed as an Emirates employee stood on top of Burj Khalifa, the highest building in the world, holding signs saying “moving the UAE to the UK amber list has made us feel on top of the world.”

The British government moved India, Bahrain, Qatar and the UAE from the “red” list to the “amber” list, meaning that travelers arriving from those countries will no longer need to quarantine if they test negative for Covid-19 and are fully vaccinated with a vaccine approved by the UK.

Thousands of British residents currently live in the UAE, while for Emiratis, the UK remains the most popular travel destination in Western Europe, the UK’s national tourism agency said on its website.

A UK-UAE travel corridor had initially been set up in 2020, allowing residents and tourists to travel between both countries freely, however as coronavirus cases persisted in the UAE, the UK placed the country on the “red list,” stopping Britons from traveling to the Gulf nation.

British residents in the UAE trying to travel home have been planning stopover holidays in “green list” destinations.