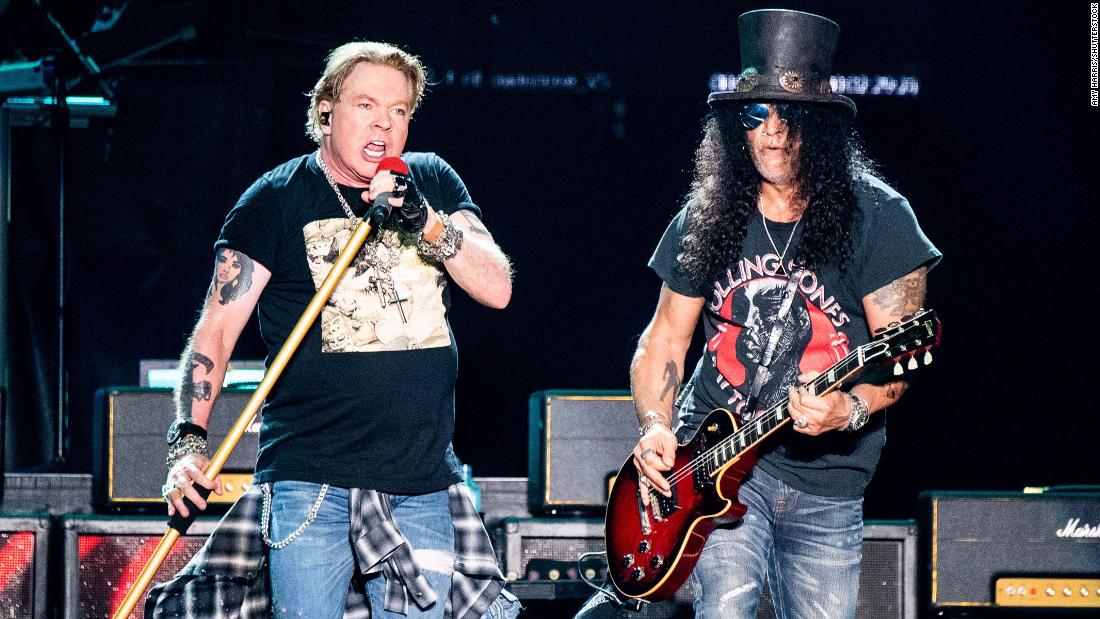 The legendary rockers released their new song “Absurd” this week, writing in a tweet early Friday morning, “New. Fn. Song.” The tweet included a video of what appears to be a computer-generated Medusa with a snippet of the song.

The band debuted the song last Tuesday, the magazine reported, during their concert at Fenway Park in Boston, where lead singer Axl Rose told the audience, “Some of you might have heard this under another name.”

“That was fun,” Rose said afterward, per Rolling Stone. “So you heard it here first, a new Guns N’ Roses song.”

The band are currently on a North American tour that ends in early October. A tour of Australia and New Zealand is scheduled for this fall and the band is set to head to Europe in the summer of 2022.