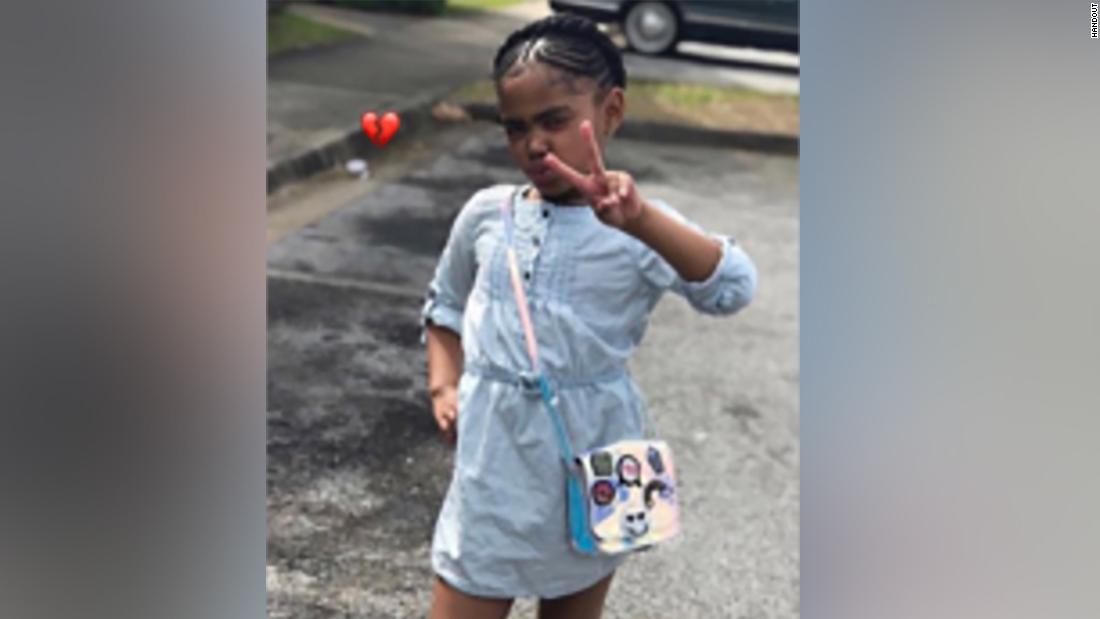 Secoriea Turner was riding in a vehicle with her mother and a friend on July 4, 2020, when she was shot as demonstrations unfolded over the killing of a Black man by a White Atlanta police officer.

The driver had sought to turn around near a Wendy’s in south Atlanta where members of the Bloods gang had erected a barricade, Fulton County District Attorney Fani T. Willis said Friday at a news conference.

Julian Conley fired into the car carrying Secoriea when it failed to stop at the barricade, causing the child’s death, Willis told reporters. Three of the 31 counts against Conley are murder charges — one for malice murder and two for felony murder, she said.

Jerrion McKinney faces 16 charges, including possession of a firearm by a convicted felon, Willis said.

Some of the 37 total charges are against both defendants, the DA explained.

“This case is the highest priority for my office,” Willis said. “As I tell my staff often, what are we doing here, if we cannot even protect children in our community?”

CNN has reached out to Conley’s public defender, as well as to McKinney’s attorney, Michael Katz, for comment.

Conley faces a maximum sentence of life in prison plus 580 years if convicted, according to Willis. If convicted on all counts, McKinney could face 290 years.

About a week and a half after Secoriea’s killing, Conley turned himself in. His attorney at the time said Conley was at the scene and carrying a weapon but was not involved in the shooting.

“He was out there peacefully protesting,” attorney Jackie Patterson said. “He doesn’t know the people who did the shooting. He just witnessed it.”

Conley has been in the Fulton County jail since July 2020, according to online records. McKinney was booked into the jail nine days ago.

The Wendy’s where the protests occurred was the site where an Atlanta police officer shot Rayshard Brooks in June 2020.

Video footage shows officers trying to handcuff Brooks; he then grabs an officer’s Taser and flees. Brooks points the Taser over his shoulder at an officer who shoots several times. An autopsy indicates Brooks was shot in the back and buttocks.
The officer, Garrett Rolfe, faces a felony murder charge. He is also charged with five counts of aggravated assault, four counts of violation of oath of office, and one count of criminal damage to property. He was released on $500,000 bond.
He was fired after the shooting but has been reinstated. The Atlanta Police Department said Rolfe “will remain on administrative leave” until the criminal charges against him are resolved.

A law firm representing Rolfe has said he reacted after he heard “a gunshot and saw a flash in front of him.”

Another officer, Devin Brosnan, was charged with aggravated assault and made bail.

In an interview with MSNBC following his release on bond last year, Brosnan said he was “looking forward to cooperating with any investigators who are interested in having a conversation about what happened that night.”

Brosnan’s attorney Don Samuel told MSNBC then that there “seems to be misunderstanding on the prosecutors’ part.”

“He’s a defendant, he’s not going to answer the DA’s questions while they bring false charges against him,” Samuel said.

Brooks’ death, two weeks after the death of George Floyd in Minneapolis police custody, sparked protests across Atlanta, and the city’s police chief stepped down less than a day after the shooting.