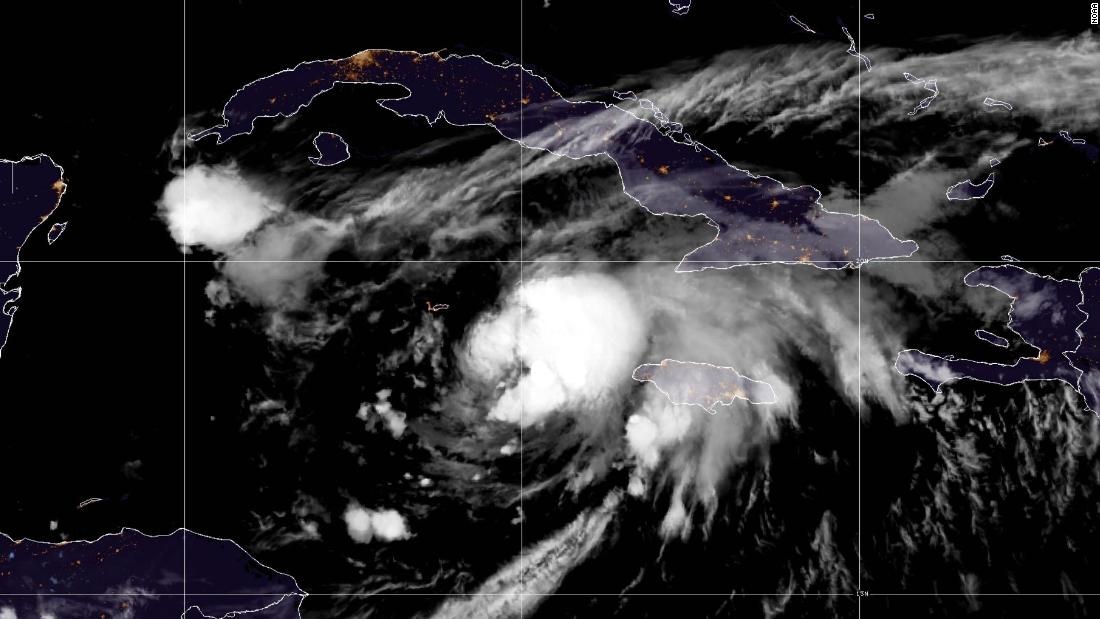 The storm has sustained winds of 75 mph with higher gusts and is moving away from Grand Cayman. It’s expected to reach the Yucatan Peninsula late Wednesday or early Thursday, the NHC said.

As of late Wednesday morning, Grace was 65 miles west of Grand Cayman.

Jamaica, the Cayman Islands and portions of the Yucatan Peninsula may get 4 to 8 inches and isolated amount up to 12 inches of rain from the storm, which could lead to flash and urban flooding.

Swells across the area are likely to cause life-threatening surf and rip current conditions, the NHC said.

In addition, a storm surge of 3 to 5 ft above normal tide levels is forecast.

Once Grace makes landfall on the Yucatan Peninsula, it is expected to continue westward and cross into the Bay of Campeche after losing some strength, CNN meteorologist Michael Guy said.

The storm will regenerate and is forecast to become a hurricane again before making another landfall along the central coast of Mexico by Friday evening.

Grace was expected to produce another few inches of rain to the area recovering from a 7.2-magnitude earthquake that hit Saturday, killing at least 1,941 people.
Around 1.2 million people, including 540,000 children, have been impacted by the earthquake, according to UNICEF.

Tropical Storm Grace, which hit the same region late Monday “is further disrupting access to water, shelter, and other basic services,” UNICEF said in a statement Tuesday. “Flooding and mudslides are likely to worsen the situation of vulnerable families and further complicate the humanitarian response.”

There are no rainfall reports or radar observation data available out of Haiti, but CNN meteorologists estimate that roughly 2-4 inches (60-100 millimeters) of rain fell over the period from 11 a.m. EDT Monday to 11 a.m. EDT Tuesday, based on estimates from a NOAA satellite.