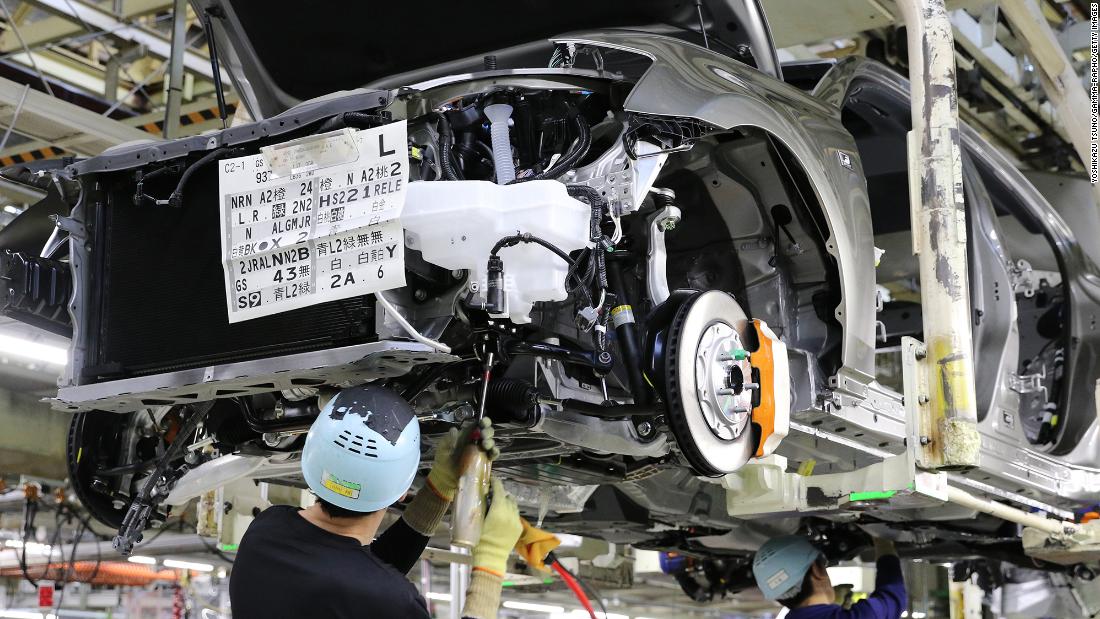 Thursday it was Toyota (TM), the world’s largest automaker measured by vehicle sales, announcing shutdowns at 14 Japanese plants in September because of Covid’s impact on suppliers. That will cut production there by about 40%. Toyota is also closing plants elsewhere around the globe, with North American production likely to be reduced 40% to 60%.

No. 2 automaker Volkswagen said Thursday it might be forced to make similar cuts to production soon.

“New outbreaks of Covid-19 in Asia — for example in Malaysia — are leading to renewed shuttering of key semiconductor manufacturing facilities,” said Volkswagen. “As things stand, we therefore expect that the supply of chips will remain very volatile and strained in the third quarter of 2021. Further adjustments to production cannot be ruled out.”

Malaysia is a major supplier of computer chips used in the auto industry.

Toyota’s and VW’s statements follows similar announcements by other automakers, including General Motors, Ford and Stellantis, the automaker formed earlier this year by the merger of Fiat Chrysler and PSA Group. Parts shortages have also been cited by Tesla and upstarts like Nikola, which is racing to build its first electric trucks by the end of the year.
“The chip shortage is the headline, but there are so many disruptions in the supply chain,” said Kristin Dziczek, senior vice president of research at the Center for Automotive Research. “It’s a shortage of other parts, or parts piling up at the ports. There are all kinds of constraints that are biting at going back to full production.”

Overall auto production around the globe and across the industry was way off in the second quarter because of the chip shortage. But automakers had been anticipating the shortage of chips would abate in the second half of this year, allowing them to play catch-up in production.

The chip shortage that dogged the industry in late 2020 and much of 2021 was more the result of a mistake in planning than a problem directly attributed to the pandemic.
When shutdowns and stay-at-home orders caused massive job losses in early 2020, auto sales initially plunged. Automakers responded by slashing orders for parts, including computer chips, in anticipation that a deep recession would kill demand for new cars for months if not years to come.
But demand for cars quickly rebounded, leaving automakers without the supply of chips they needed. Their suppliers had already sold their normal allotment to companies that make computers, video game consoles and other electronics. Demand for those devices surged during the pandemic.
For consumers facing limited supplies of vehicles on dealers’ lots and record high prices for both new and used cars, the continued disruptions in production will only serve to keep prices at record levels.