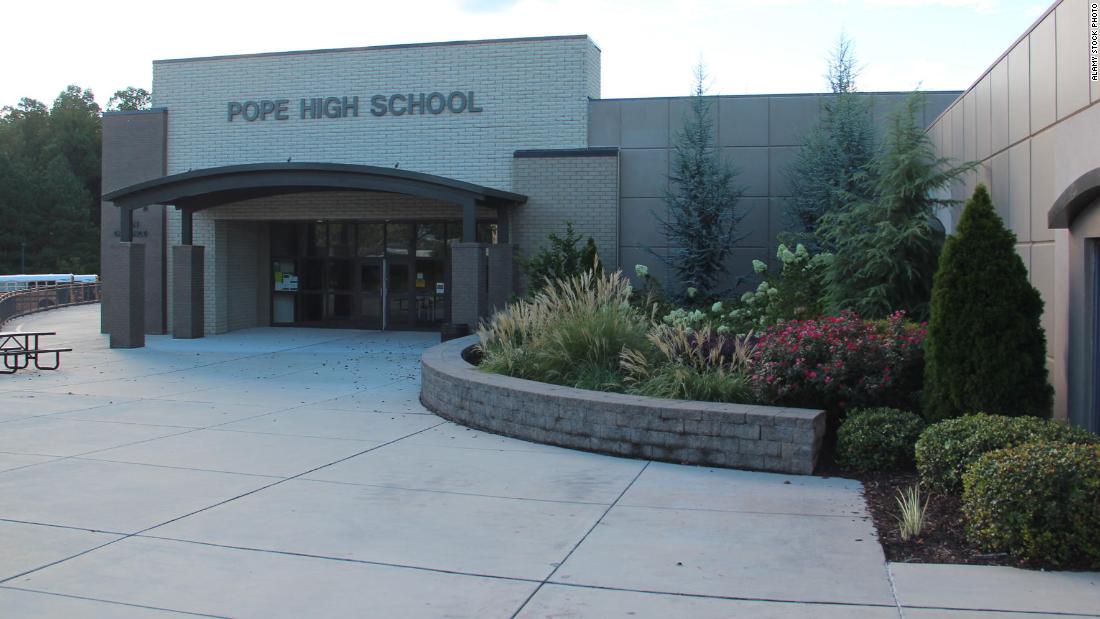 On Thursday, there were two swastikas and ‘Hail [sic] Hitler’ graffiti found on the wall at the Alan C. Pope High School in Marietta.

A Cobb County District spokesperson called the incident “unacceptable” in a statement to CNN. “The principal has engaged with community groups who have been affected by this student behavior, and all applicable District policy and law will be applied,” the statement said.

The police department for Cobb County told CNN it wasn’t investigating the incident as it was taken over by the school board. CNN has reached out to Cobb County Schools for comment on the investigation but has not heard back.

“Students and parents were rightfully scared and concerned about what was happening,” said Rabbi Larry Sernovitz of Temple Kol Emeth, which serves approximately 400 families in the community. He learned of the incident from a member of his congregation whose child is a student in the school.

Sernovitz says he and six other rabbis are working together to address concerns of recent anti-Semitic incidents.

“There were many families and students who reached out with stories similar, not just at Pope High School but throughout the district,” he told CNN.

Sernovitz added: “We’ve gotten incredible support from around the area, from faith communities, from churches, from the Islamic Speaker Bureau, from all over saying that, ‘We stand with you.'”

The Southern Division of the Anti-Defamation League reached out Friday to the school district urging for a transparent investigation. On Monday, the ADL said it has not received a response from the district.
Rosh Hashanah, which marks the Jewish New Year, began on September 6 and inaugurated 10 days of repentance, also known as Days of Awe. They lead into Yom Kippur, the Day of Atonement, which this year is on Wednesday.
The Cobb School Board of Education issued a statement saying that out of respect for Yom Kippur it was rescheduling its September meeting set for this week.

“We recognize that Yom Kippur is of vital importance to our Jewish community members and have decided to postpone our regular meeting to ensure that as many of our community members as possible can participate,” the statement said.

Alan C. Pope High School is located approximately 30 miles north of Atlanta. The school is part of the Cobb County Schools District, the second-largest school system in the state.