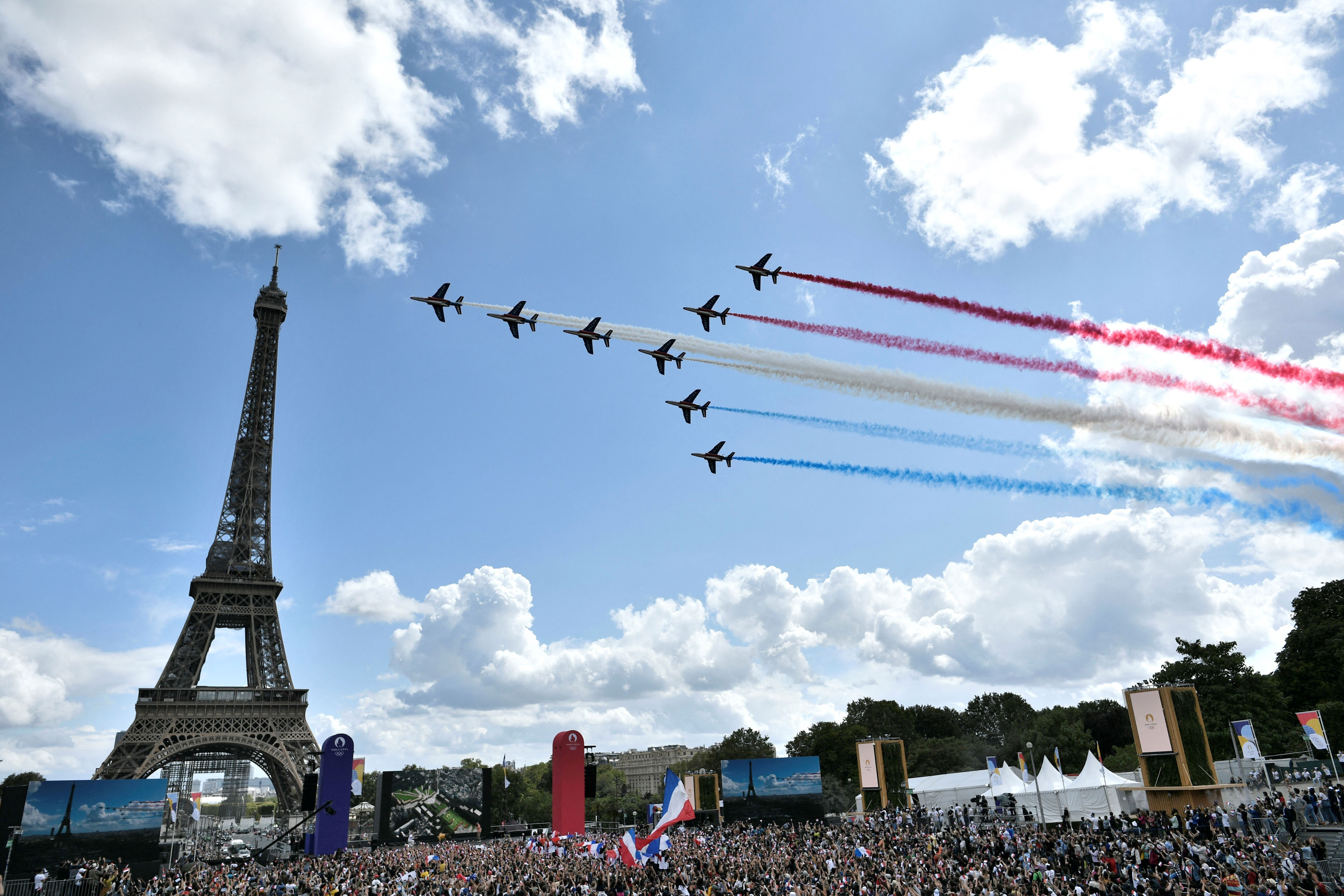 Paris will host the next Summer Olympics, but weather conditions have thwarted plans to fly the “biggest flag” ever from the Eiffel Tower to help mark the moment the French capital takes on responsibility for the Summer Games in three years as Tokyo 2020 comes to an end.

“We want to start with a world record. It’s the biggest flag ever raised,” Paris Games chief Tony Estanguet told reporters on Friday. “It’s more or less the equivalent of a football field.”

However, just before Tokyo 2020’s closing ceremony got underway, Paris 2024 organizers released a statement saying “sadly the weather conditions today mean that we will not be able to proceed with our plan to raise the flag on the Eiffel Tower safely.”

According to MeteoFrance’s weather station it’s currently 19°C, or about 66°F, with cloudy skies and winds around 20km/h, or about 12mph, in the French capital.

“Rain is nearby and Paris is expected to have scattered showers move through the area off and on through the afternoon,” said MeteoFrance.

“Despite this, TV viewers around the world will be able to discover our ambition thanks to images filmed during a test conducted on 8 June,” added Paris 2024 organizers in its statement.

“The celebration will still be brought to the Trocadéro by the medal-winning athletes from Tokyo and the Woodkid concert.

“For all those watching on screen, they will enjoy a spectacular experience in the heart of Paris, as it prepares to offer an extraordinary playground for the athletes, sport and the Games.”