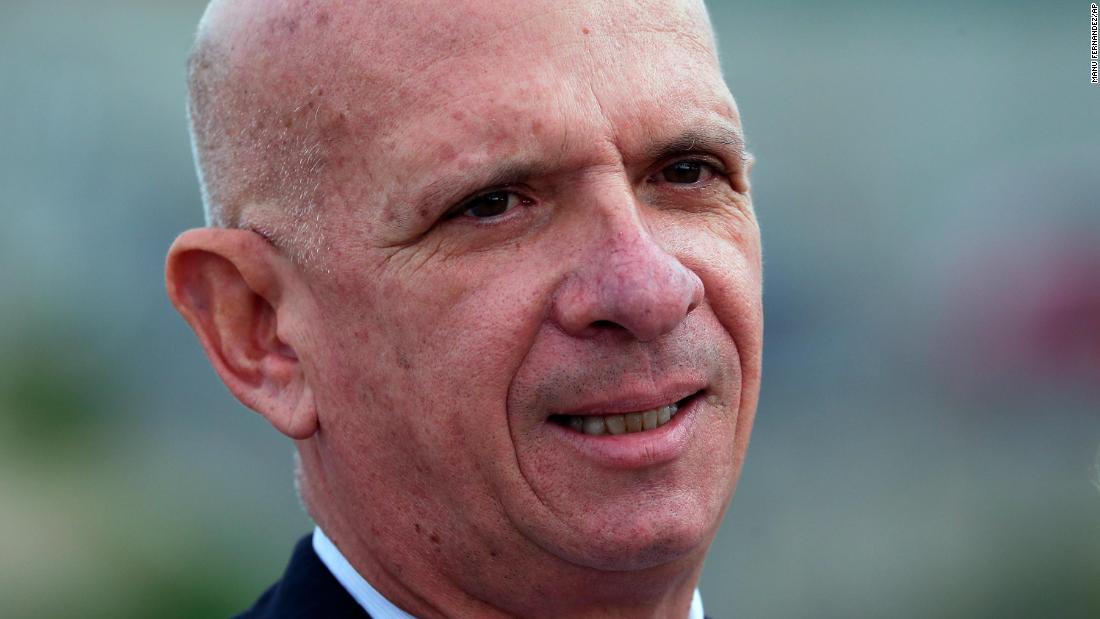 Carvajal Barrios, 61, was indicted last year in the Southern District of New York, for allegedly participating in a narco-terrorism conspiracy and a conspiracy to import cocaine into the US, including a 5.6-ton shipment of cocaine transported from Venezuela to Mexico in April 2006. He also faces related firearms offenses.

The former head of Venezuela’s military intelligence had been previously charged in the SDNY with the same crimes in 2019 and in 2011 on conspiracy to import cocaine charges, according to the US State Department.

The Spanish National Court approved his extradition to the US in 2019, and he remained a fugitive pending extradition until his arrest on Thursday, according to the US Justice Department.

His lawyer María Dolores Argüelles told CNN on Friday that her client pleads not guilty to the charges for which the United States requests his extradition, and for that reason, she will present precautionary measures before Spain’s Supreme Court to prevent the extradition from being effective.

Argüelles added that beyond the resources and measures they present, the extradition cannot be made effective until an asylum procedure that Carvajal has had open in Spain since the second quarter of 2019 is resolved.

Finding Carvajal Barrios was a challenge since he hid his identity by undergoing various cosmetic surgeries to modify his appearance, according to a press release from Spain’s National Police.

He also used different kinds of disguise elements, including mustaches, beards and false wigs, to conceal himself.

Carvajal Barrios was finally found after months of a joint investigation with the US Drug Enforcement Administration, the National Police added.

He had overseen Venezuela’s military intelligence unit from 2004 to 2011 during Hugo Chavez’s administration, and again between April 2013 and January 2014, according to the US State Department.

The US accused Carvajal Barrios of assisting leftist rebels in the Revolutionary Armed Forces of Colombia, or FARC, a US-designated foreign terrorist organization, with narcotics trafficking.

The FARC formed in 1964 with the aim to overthrow the Columbian government. For more than 50 years, the insurgency engaged in government attacks, bombings, murder, extortion and high-profile kidnappings.

In 2016, the Columbian government reached a peace deal with some in the guerrilla group, which disbanded and shifted to politics. Others moved fighters and operations to parts of western Venezuela under the protection of Venezuelan regime officials.
Carvajal Barrios was among those charged with Venezuelan President Nicolás Maduro by the Trump administration last year for narco-terrorism and other criminal charges.

“For more than 20 years, Maduro and a number of high-ranking colleagues allegedly conspired with the FARC, causing tons of cocaine to enter and devastate American communities,” then-Attorney General William Barr said in a statement.

CNN’s Laura Smitherman and Rachel Clarke contributed to this report.