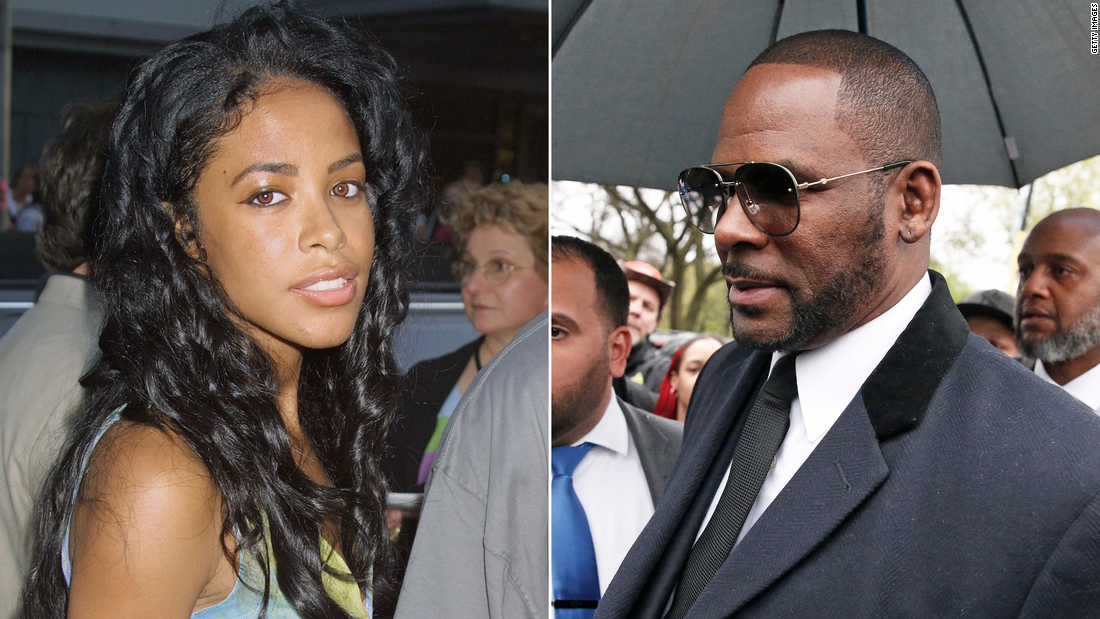 Prosecutors read a 2019 judge’s decision that ordered Smith to testify before a grand jury in the case against Kelly, and reiterated that he would not be prosecuted for anything he testified about.

Smith ultimately did testify after multiple protests with his attorney sitting next to him, often pausing his testimony to consult with her or refreshing his memory by reading part of his grand jury testimony.

He said he was present when Kelly met Aaliyah and told jurors that he grew concerned about their relationship. And he testified about how he and other members of Kelly’s inner circle worked to quickly help then 27-year-old Kelly marry Aaliyah, even though she was only 15, “to protect himself, to protect Aaliyah.”

Kelly’s attorney told jurors that many of the charges against his client were “overreaching.” His attorneys have argued that his relationships were consensual.

Separately from this case, Kelly faces federal child pornography and obstruction charges in the Northern District of Illinois.

He has vehemently denied the accusations.

‘She had something special’

Smith said he first met Kelly when the singer was performing in a talent show at a Chicago high school in 1984. “He was a youngster. He was singing original songs. He impressed me,” Smith said.

Smith, a singer himself, eventually went to work for Kelly after he signed with a record label, helping him with “anything he needed to help further his career,” he testified.

With a photo of Aaliyah projected onto a screen in the Brooklyn federal courtroom, Smith testified about the day Kelly met Aaliyah at her family’s home in Detroit in 1992. Smith was there, too, and said Kelly sat down at her family’s piano and played while she sang.

“She had something special,” Smith recalled Kelly saying about Aaliyah, whose full name was Aaliyah Dana Haughton.

Kelly wrote songs for and produced Aaliyah’s first album “Age Ain’t Nothing But a Number,” Smith testified, and the two grew close.

Smith testified that sometimes Kelly would clear the room if Aaliyah was feeling uncomfortable, and would sometimes spend time with her alone at his apartment.

Smith insisted: “Whatever Robert did with Aaliyah was all about music.”

And yet, Smith testified he grew concerned about the pair’s relationship, saying he felt they were “too friendly,” “playful” and that at one point he asked Kelly if he was “messin'” with the teen.

“Aaliyah was young. I didn’t want people to have the wrong vision of things,” Smith testified.

‘Aaliyah is in trouble, man’

When Kelly was on tour in August 1994, Smith testified the singer said, as he was about to walk on stage to perform: “Aaliyah is in trouble, man.”

Smith testified Kelly was performing out of state, and that Kelly wanted to get back to Chicago right after the show, despite having more shows scheduled in the coming days.

On the trip back to Chicago, Smith said he learned what happened: Aaliyah believed she was pregnant, and Kelly was worried about going to jail because Aaliyah was only 15 years old.

Smith said he offered to help obtain an official state ID for Aaliyah, and ultimately took her to a welfare office, testifying that he bribed a worker at the office to help make Aaliyah a welfare ID card, but that it did not show her date of birth.

He testified that he and other members of Kelly’s inner circle accompanied Kelly and Aaliyah to a Chicago-area city hall where the couple applied for a marriage license.

Carolyn Harris, a supervisor at the Cook County Illinois clerk’s office, also testified Friday and spoke about the process of obtaining a marriage certificate. She was shown the marriage license application signed by Kelly and Aaliyah. The document showed that Aaliyah’s age was listed as 18 at the time of her marriage to Kelly.

Shortly after obtaining their marriage license, in a Sheraton hotel suite near Chicago O’Hare Airport, the singer married Kelly with a minister officiating, according to Smith’s testimony and the license.

The marriage was annulled the following year after Aaliyah’s family became aware of it, the Chicago Sun-Times reported.

Smith grew irritated after having to answer multiple questions about the singers’ marriage. “I’m uncomfortable with this — continuously talking about Aaliyah. Her parents are not here,” Smith testified.

Aaliyah died August 25, 2001, at the age of 22, in a plane crash that also took the lives of eight others as they traveled back from filming her music video in the Caribbean. Friday marked the re-release of the five-time Grammy-nominated superstar’s studio album, “One In A Million,” which hit streaming services.
Kelly’s trial has so far included testimony from a woman who said the R&B singer sexually abused her when she was 16 years old — and that she has a T-shirt with his semen on it.
The jury also heard from Kelly’s longtime personal physician, who said he treated him for genital herpes since at least 2007, after prosecutors allege the singer knowingly infected multiple people with the incurable sexually transmitted disease.

CNN has reached out to Aaliyah’s family for comment.

An official Instagram page for the late singer posted a statement from the estate of Aaliyah Haughton on August 4 about the re-release of her music.

It read in part, “Protecting Aaliyah’s legacy is and always will be our focus.”