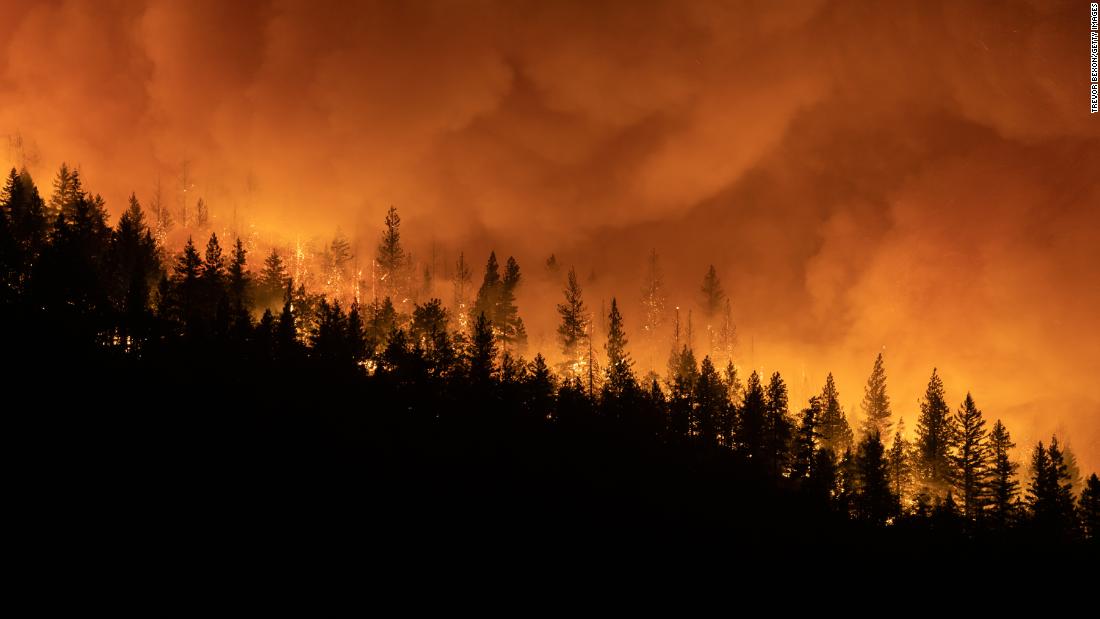 Gary Stephen Maynard, 47, a former instructor at Santa Clara University and Sonoma State University, is suspected of willfully starting the Ranch Fire, according to the federal complaint from the US Attorney’s Office for the Eastern District of California.

An affidavit supporting the arrest warrant also details movements that could link him to other fires. A vehicle-tracking device and tire tracks indicated Maynard’s vehicle was near some fires when they were ignited, the affidavit says.

The charges come as the Dixie Fire, the second-largest in California history, rages in the state, forcing thousands to evacuate and nearly leveling an entire town to the ground. In hot and dry conditions, more than 26,000 firefighters and support staff were battling 108 wildfires that have burned 2.4 million acres in 15 states, the National Interagency Fire Center said Tuesday.

Maynard was a part-time lecturer at Sonoma State University in its Department of Criminology and Criminal Justice during the fall of 2020, a university spokesperson told CNN. He taught two seminars on the topics of criminal justice and deviant behavior, according to school officials. Maynard was filling in for a faculty member who was on leave and was not reappointed for Spring 2021, the school spokesperson said.

Maynard was also an adjunct faculty member at Santa Clara University in its sociology department from September 2019 to December 2020, a university spokesperson confirmed to CNN.

An affidavit supporting the arrest warrant filed as part of the complaint says one of Maynard’s former colleagues at Santa Clara University contacted the San Jose Police Department in October 2020 and expressed concerns about Maynard’s mental state.

On August 7, Maynard was arrested in a restricted area in the Lassen National Forest near the Conard Fire, which the affidavit says he is suspected of starting a few hours earlier. He was taken into custody and is being temporarily held at the Sacramento County Jail, according to a US Attorney’s Office spokesperson.

When confronted by officers that day, the affidavit says, Maynard denied starting any fires, according to the complaint. CNN has attempted to reach Maynard and his attorney for comment.

Maynard’s next court appearance is Wednesday in Sacramento, according to the US Attorney’s Office.