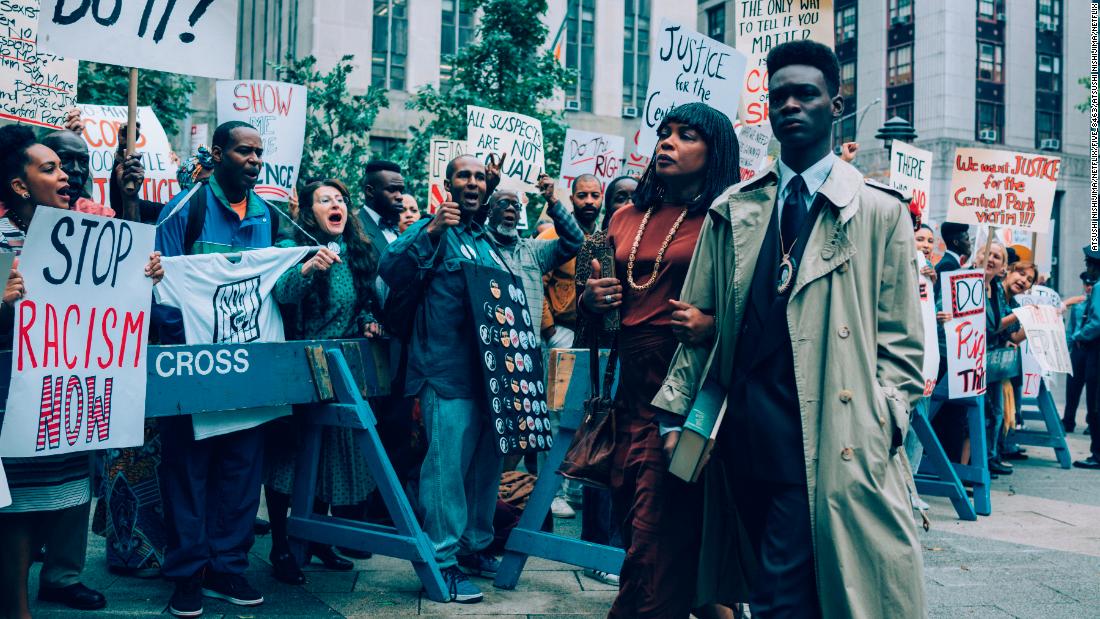 “When They See Us” tells the story of the “Central Park Five” — five teen boys of color who were wrongly convicted of taking part in the rape and beating of a woman who had been jogging in Central Park in 1989.

Fairstein claims she was defamed because her portrayal was inaccurate. The suit was first filed in March of 2020. Fairstein was played by Felicity Huffman in the series.

“The series portrays [Fairstein] as the architect of various theories of the Five’s guilt, and through the concluding scenes of the series, she remains persuaded of their involvement in the face of countervailing evidence,” U.S. District Judge Kevin Castel noted in his ruling. “Fairstein alleges that nearly every scene depicting her is a fabrication that presents her in a false and defamatory light.”

Netflix had argued that its series used dramatic license that was protected by the First Amendment. But Castel ruled that Fairstein could sue because her depiction in five scenes could be defamatory.

“The average viewer could conclude that these scenes have a basis in fact and do not merely reflect the creators’ opinions about controversial historical events,” the judge wrote.

Andrew Miltenberg, Fairstein’s attorney, said in a statement that he was “exceptionally pleased” by the ruling.

“Judge Castel’s decision acknowledges what we have asserted from the beginning, that viewers of ‘When They See Us’ believe that Defendants’ utterly false and defamatory portrayal of Ms. Fairstein as ‘a central villain’ in ‘When They See Us’ has a basis in truth,” he said. “We are glad that Ms. Fairstein now has the opportunity to pursue her claims with respect to five critical scenes in the series that falsely depict Ms. Fairstein engaging in coercive and discriminatory conduct in order to build a case against innocent young men of color.”

A Netflix (NFLX) spokesperson told CNN Business in a statement that the company will “continue to vigorously defend ‘When They See Us’ and the incredible team behind the series, and we’re confident that we’ll prevail against Ms. Fairstein’s few remaining claims.”

DuVernay and Locke did not respond to requests for comment.