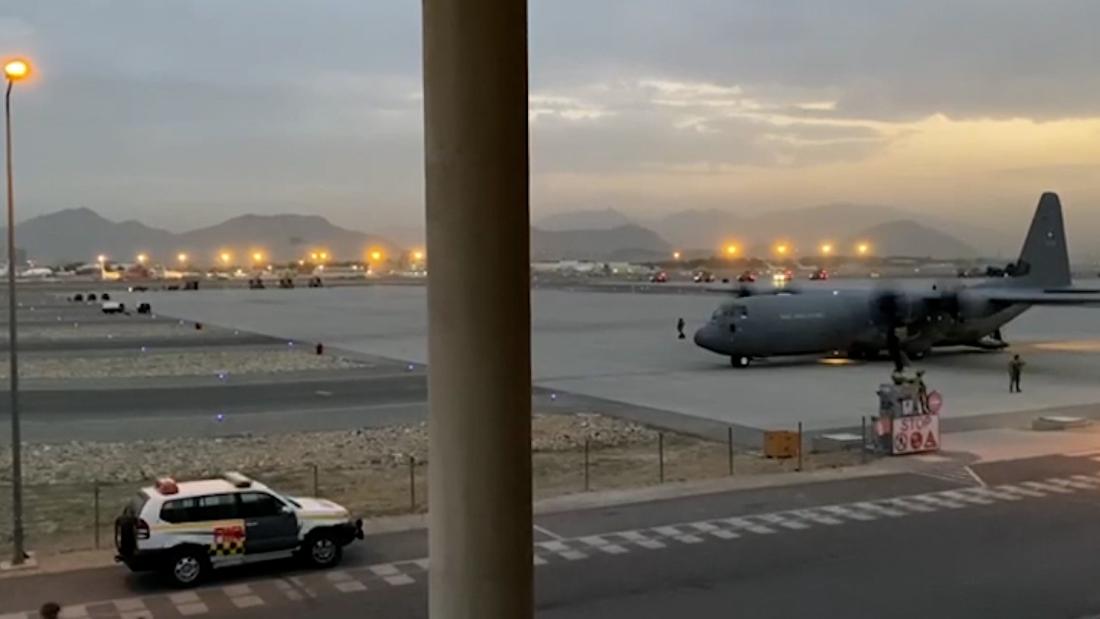 Outside the north gate to Hamid Karzai International Airport on Tuesday were former translators and US citizens — two groups of people who have been tied up in America’s longest war.

“You can not enter,” the marine shouted, aware that if one person managed to climb over the gate, the rest would surely follow.

Firing suppressed rifles into the air was their main deterrent.

A short distance away, outside the military side of the airport — which the US have control of — was chaos.

Taliban militants roamed the roads nearby, seemingly disinterested — for now, at least — in the allies of a former government they had fought, who were trying to get into the airport from every angle and through every gate available.

But inside there was a veneer of calm and planning. Those organizing the largest evacuation the US has planned for decades appeared unaware of the madness swirling just outside.

Between the airport’s pizza joints and Lebanese restaurants were lines of Indian citizens, Afghans, United Nations workers on the tarmac, surrounded by growing piles of trash.

“I was surprised. Our 30 vehicle armored convoy got a Taliban escort here,” said one man who had reached the airport with colleagues but did not want to be identified discussing a sensitive issue. “They were very organized.”

Inside the waiting room, lives were being transformed with the scan of a barcode on a wristband: One moment of processing, and then on to a plane and a new world ahead.

The Danes flying to Islamabad. The British to Cyprus, or the United Arab Emirates. The Americans to Qatar.

Their citizens first, and then a hopeful wave of Afghans to whom they owed protection.

But the chaos and Taliban checkpoints outside the airport meant the lines of potential evacuees thinned out as the night went on.

A CNN team boarded a vast C-17 Globemaster III with about 40 other passengers, half of them American citizens.

In the terminal building, US Marines were patiently processing families, sometimes with crumpled paperwork.

Fahim, a young boy from Kabul, sat there alone.

To begin with, he told officials his mother had left on one of the first planes, chaotically loaded when a crowd mobbed the runway.

But it later emerged she had not arrived in Qatar with the Americans. Fahim then admitted his family may still be in Kabul, opening the possibility he may have made it to the airport on his own.

Impossible choices, at every turn for this mammoth project, designed to save American face in the final moments of their longest war.