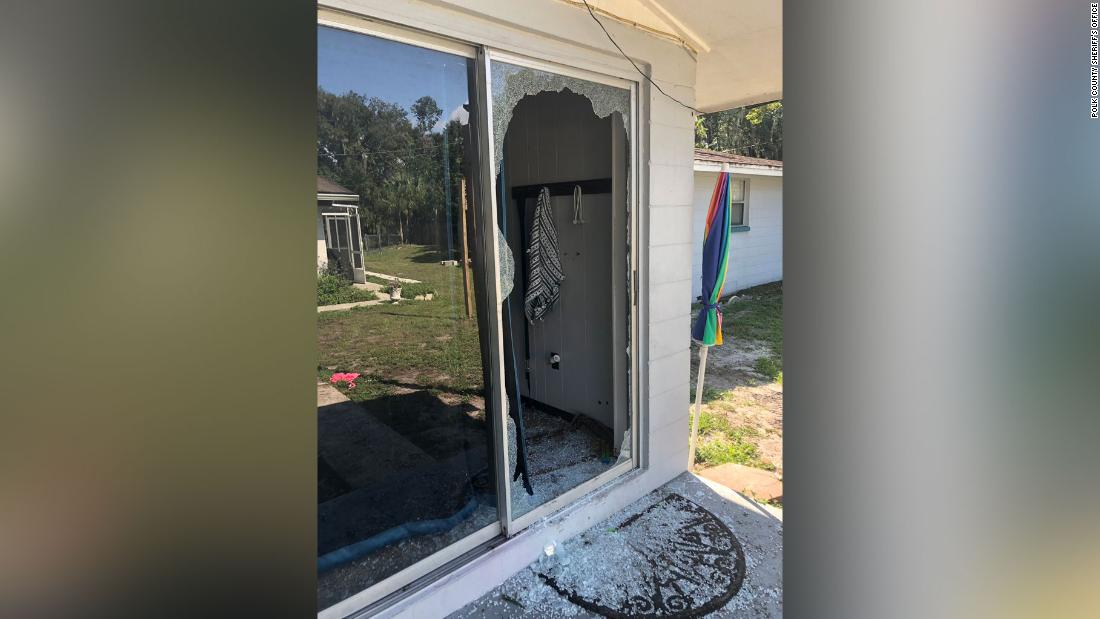 The man then engaged in a firefight with law enforcement officers before he was taken into custody, and he later attempted to take a gun from an officer at a hospital, Sheriff Grady Judd said.

Afterward, deputies found four people dead: a man, a woman and the infant inside the home, and another woman inside a second house on the property, Judd said. An 11-year-old girl had also been shot multiple times and was airlifted to Tampa General Hospital for surgery. Another child, originally reported as missing, was located alive and well, he said.

“This man killed four people this morning, tried to kill our deputies and then gave up,” Judd said. The suspect described himself as “a survivalist” and confessed to being on meth, he said.

The quintuple shooting began Saturday evening when a woman called authorities about a suspicious vehicle and said that a man who was parked outside her house told her, “God sent me here to speak with one of your daughters,” Judd told reporters on Sunday.

A deputy responded within six minutes and did not find the suspect or the car at the residence, he said.

About nine hours later, at about 4:30 a.m., a deputy two miles away heard two volleys of automatic gunfire. Deputies responded and calls reporting an active shooting began coming in as well, the sheriff said.

On arrival, deputies discovered a truck on fire and heard popping noises in the front yard.

“We saw an individual totally outfitted in body armor and looked as if he was ready to engage us all in an active shooter situation,” Judd said. The suspect immediately ran back into the house, he said.

“At that moment in time, we heard another volley and a woman scream and a baby whimper,” Judd said.

At that point, things went silent and the suspect came out with his hands up, Judd said. The suspect, who had been shot once, was taken into custody.

While in custody, he told deputies that he was a “survivalist.” The term generally refers to a person who proactively prepares for a post-apocalyptic world.

The suspect was taken to Lakeland Regional Hospital where, at one point, he jumped up and tried to grab an officer’s gun, Judd said. He was eventually subdued and is being treated. Judd said the suspect will be booked upon release.

Judd said there were “at least dozens if not hundreds” of rounds fired between the suspect and deputies.

“It was a tough situation and it entailed at least two shootouts in close quarter with the suspect,” he said.

Photos posted by the Polk County Sheriff showed the extent of the damage to the home on Sunday morning. A glass door appears completely shattered, two windows and a wall are riddled with bullet holes and a burnt truck sits outside the home.