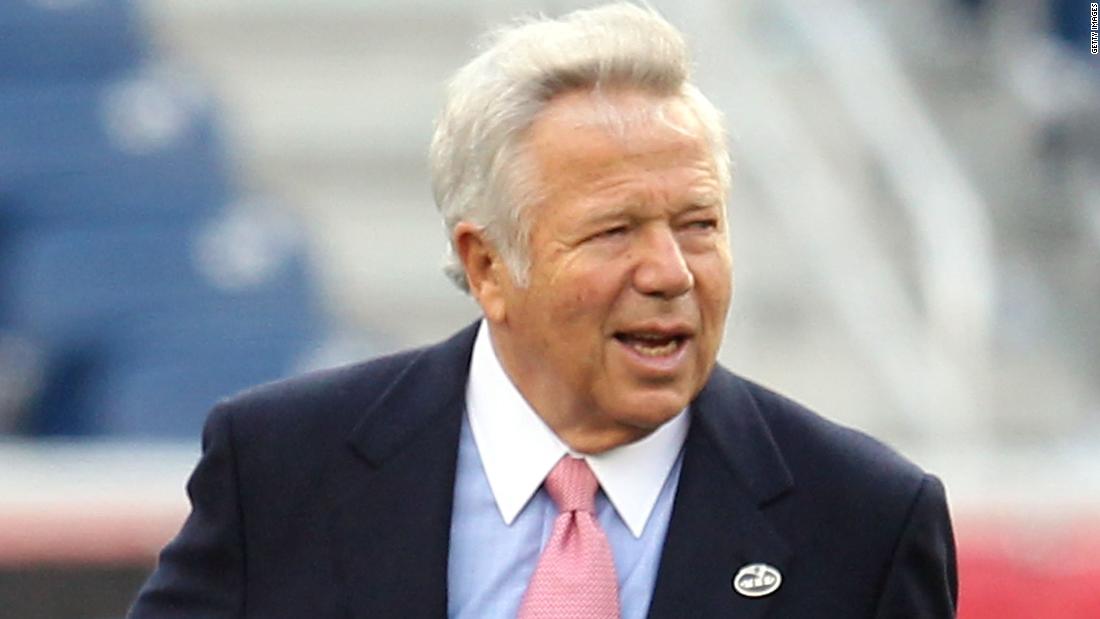 Judge Leonard Hanser on Friday ordered that the “state shall destroy the suppressed evidence forthwith and submit documentation to this Court outlining the steps it took to comply,” records show.

Kraft was one of dozens charged in relation to a 2019 prostitution and human trafficking investigation at the Orchids of Asia Day Spa in Jupiter. He was later charged with two misdemeanor counts of soliciting prostitution.

Kraft’s legal team challenged the validity of the search warrant that let authorities install hidden cameras inside the spa, saying it violated Florida law and his Fourth Amendment rights against unreasonable searches and seizures.

In June 2020, a state appeals court sided with a lower court decision to throw out the video evidence in the case.
Kraft, who has been owner of the Patriots since 1994, pleaded not guilty to the charges in 2019 and offered an apology, saying he “hurt and disappointed my family, my close friends, my co-workers, our fans and many others who rightfully hold me to a higher standard.”
Charges against him were dropped in September 2020 after the office of Florida Attorney General Ashley Moody said the state solicitor general would not seek another appeal in the case. “Although there was probable cause to make an arrest, the evidence cannot prove all legally required elements of the crime alleged and is insufficient to support a criminal prosecution,” State Attorney David Aronberg wrote.

The state previously argued against Kraft’s attorneys’ motion to dismiss the video evidence, stating they had no interest in releasing the evidence to the public, through public records requests or otherwise, absent a court order, documents show.

CNN’s Hollie Silverman and Kelly McCleary contributed to this report.