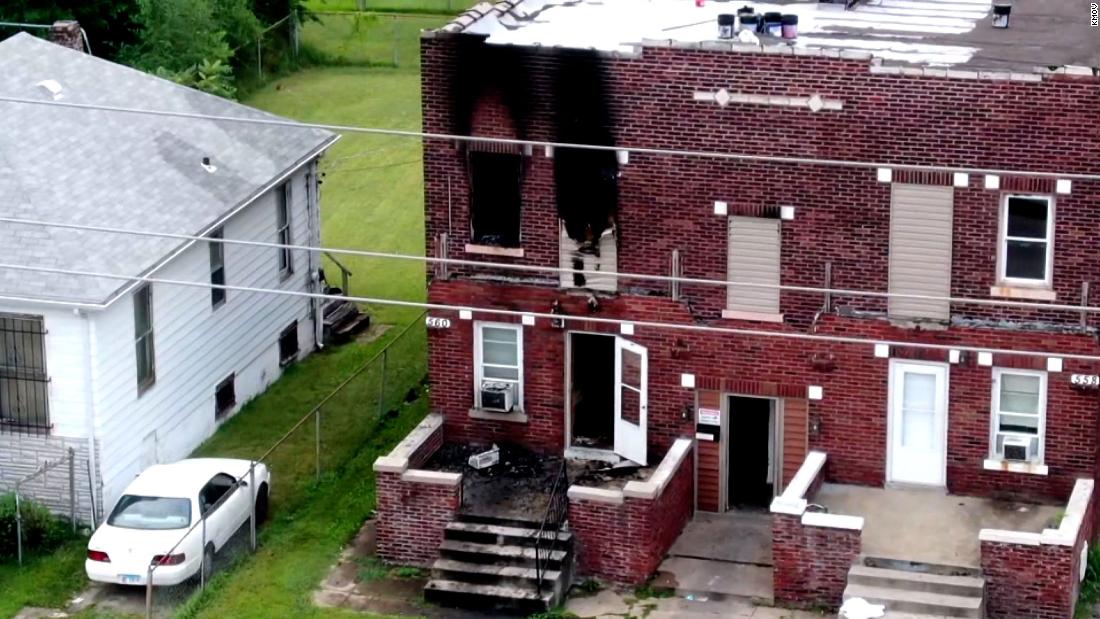 The fire broke out at an apartment building at 29th and State streets shortly before 3 a.m. local time Friday, CNN affiliate KMOV reported.

Fire Chief Jason Blackmon confirmed five children died, telling CNN that firefighters were able to rescue three before they died of smoke inhalation. Two children died inside the structure, two in an ambulance, and one on the way to the hospital, Blackmon said.

Multiple families lived in the building, but KMOV reported that all of the children were from the same family.

The mother had left home to pick someone up, McClellan said. When she returned, she tried to enter the burning building several times to rescue the children.

No one else was hurt in the fire, KMOV reported. Fire officials said the cause remains under investigation.