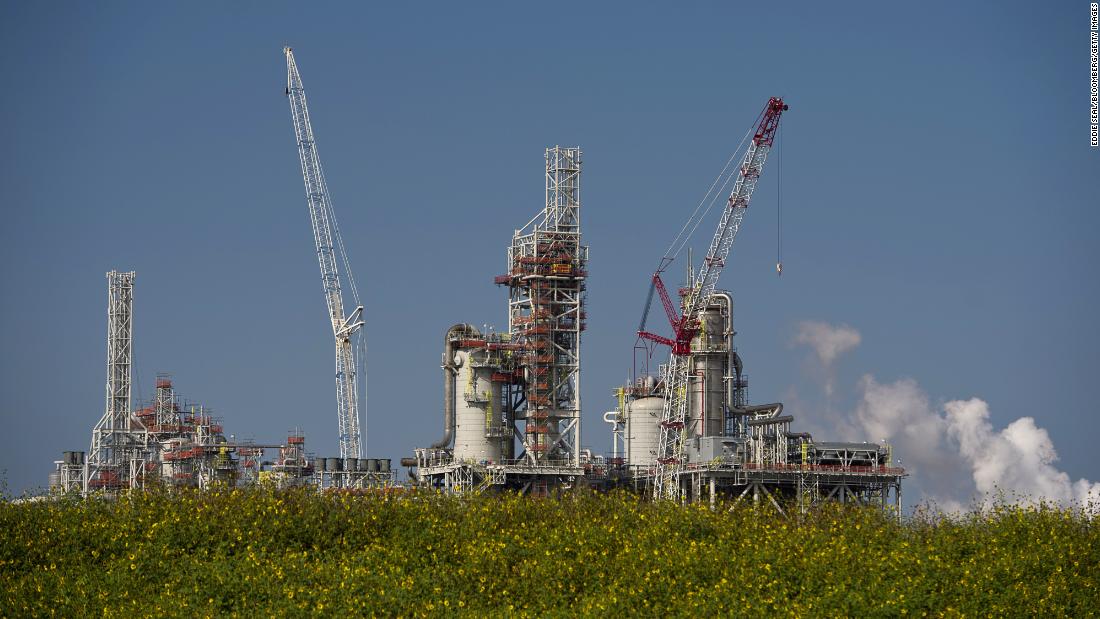 “If Senators truly followed the science in this report, we’d have 100 votes for climate action to match the 100 percent certainty that human-caused climate change is destroying our planet,” Sen. Ed Markey of Massachusetts said in a statement. “This report must be the final warning to the world that time has run out to save the planet from dangerous and irreversible climate change.”

The latest IPCC report finds the world is rapidly running out of time to keep human-caused global warming to 1.5 degrees Celsius. The report lays out different scenarios if world nations decarbonize and collectively limit their warming to 1.5 degrees, compared to what will happen if they don’t take action — leading to global warming of 2 or 3 degrees Celsius. The latter would have catastrophic consequences for the planet, leading to already severe weather events like fires and flooding getting worse.

“Every bit of warming matters, and every bit of avoided warming matters,” Dr. Jane Lubchenco, the deputy director for climate and environment at the White House Office of Science and Technology Policy, told CNN. “We have to enhance ambition and tackle the climate crisis like the existential threat that it is.”

With global warming currently at 1.1 degrees Celsius, this summer has already set new records for heat and drought in parts of the United States. Some lawmakers said they feared this summer could be tip of the iceberg.

“It’s not as if this year we’re experiencing is going to be a blip, it’s going to be the best-case scenario if we don’t make changes,” Democratic Sen. Tina Smith of Minnesota told CNN. “Ranchers are liquidating their cattle herds because they can’t find hay, part of the [Minnesota] boundary waters is closed off because of fire danger. I think about my grandson; is he even going to know snow in Minnesota?”

Smith and other lawmakers said the new report underscored the need for congressional Democrats to pass a $3.5 trillion budget reconciliation bill including strong climate provisions, including tax credits for renewable energy, and a Clean Electricity Standard.

“By finally tackling climate change, we can spare our country and our planet the most devastating effects of global warming,” Senate Majority Leader Chuck Schumer of New York wrote in a Dear Colleague letter.

Many lawmakers believe that passing a robust reconciliation bill is their best hope to achieve President Biden’s goal of slashing greenhouse gas emissions by 50 to 52 percent relative to 2005 levels by 2030. Biden has also said he wants to get the United States to net-zero emissions by 2050, and decarbonize the US electricity sector by 2035.

The Biden administration on Monday also announced $5 billion in funding through the Federal Emergency Management Agency aimed at helping states and localities prepare for “extreme weather and climate-related disasters.”

That funding will go toward grants for communities to reduce vulnerability to natural hazard events, additional grants for hazard mitigation, and funding for flood mitigation grants, according to a news release.

“The world must come together before the ability to limit global warming to 1.5 degrees Celsius is out of reach,” said US Climate Envoy John Kerry in response to the IPCC report. “What the world requires now is real action. We can get to the low carbon economy we urgently need, but time is not on our side.”

Biden and lawmakers have a series of crucial steps this summer and fall. The bulk of budget reconciliation will likely happen in September and October, teeing up the crucial United Nations Climate Change Conference where the US and other nations will meet to discuss decarbonization commitments.

As Biden’s top international climate official, Kerry will have a crucial role to play in the coming international talks in Glasgow, Scotland later this fall. In a statement, Kerry said Glasgow “must be a turning point in this crisis” where all major economies commit to “aggressive” action on climate during the next decade. Kerry’s comments were also echoed by Secretary of State Tony Blinken.

“We cannot delay ambitious climate action any longer,” Blinken said in a statement. “This moment requires world leaders, the private sector, and individuals to act together with urgency and do everything it takes to protect our planet and our future in this decade and beyond.”