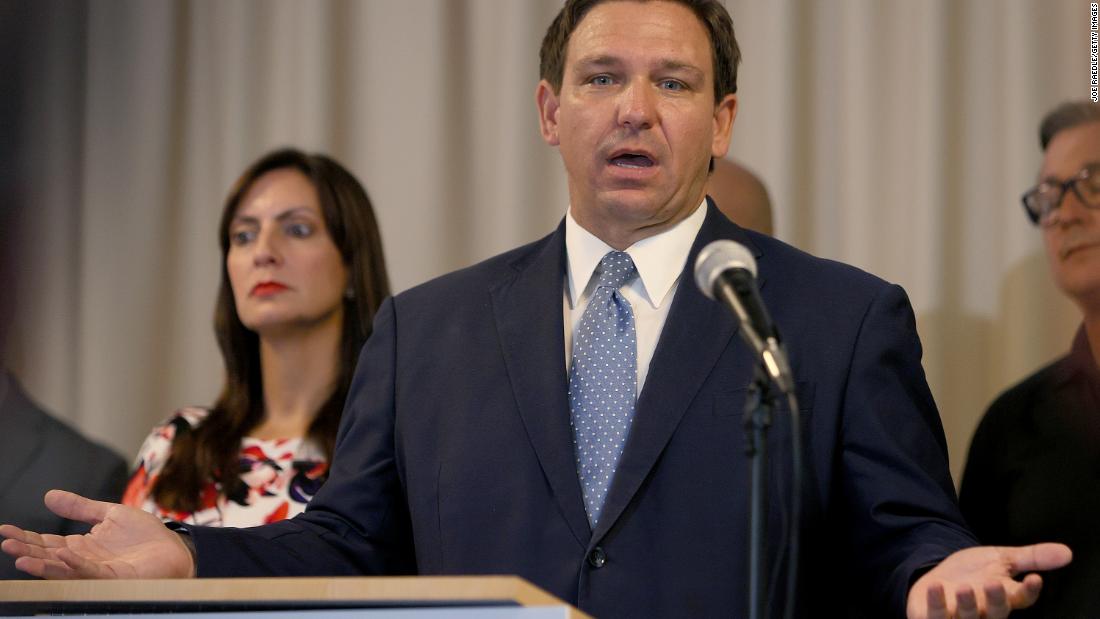 A health administration official confirms the Strategic National Stockpile sent 200 ventilators and 100 high-flow nasal cannula kits to the state of Florida “earlier this week.” The SNS sends equipment when it receives requests from states and their health departments, according to the official.

Despite that, DeSantis told reporters Tuesday that he was unaware of the request for the medical supplies.

“I would honestly doubt that that’s true, but I’ll look because we have a lot of stuff that we stockpiled over the last year and a half through the Department of Emergency Management,” DeSantis said when asked by a reporter about a request from the state for the additional supplies.

He continued: “I’ve not had any requests across my desk. I have not been notified of that. But they are in contact with the hospitals, I’m personally in contact with CEOs of a lot of the major hospitals.”

DeSantis’ office told CNN Wednesday that the request did not go through his office.

“The first he had heard of it was that reporter’s question to him. I can also confirm that no one in the Executive Office of the Governor was involved or aware of the request,” Christina Pushaw, DeSantis’ press secretary, said.

NBC News first reported the shipment of equipment to Florida.

Florida on Friday reported 134,506 new Covid-19 cases over the past week, more than any other seven-day period during the pandemic. And the average number of new daily cases in Florida over the past two weeks is 107% higher than the prior two-week period, according to data on Monday from Johns Hopkins University.

Democrats, including Biden, have taken aim at DeSantis in recent days after the governor issued an executive order which directs the Florida Department of Education and the Florida Department of Health to issue emergency rules that give parents the power to choose, whether or not, their children wear masks in class, something the President described as “bad health policy.” DeSantis later defended his order and shot back at Biden, saying: “I’m the governor who answers to the people of Florida, not to bureaucrats in Washington.”

The governor also issued a warning to Biden on Tuesday after the President said his administration was looking into whether he had the presidential authority to intervene in the matter. DeSantis said any intervention from the federal government “would be very inappropriate.”

White House chief of staff Ron Klain criticized DeSantis, who is widely seen as a 2024 presidential hopeful, on Tuesday after the governor’s office said a day earlier that the state board of education could move to withhold the salaries of superintendents and school board members who disregard his executive order.
Biden’s top aide told CNN’s Anderson Cooper on “AC360” that the governor should “get out of the way of the educators who want to keep their kids safe.”

Klain also confirmed that the administration is looking into ways to possibly compensate any officials who lose pay if DeSantis follows through on his threat to withhold pay from individuals who enact mask mandates in schools. The move would be a significant escalation in the back-and-forth between the White House and DeSantis over his response to the latest surges.