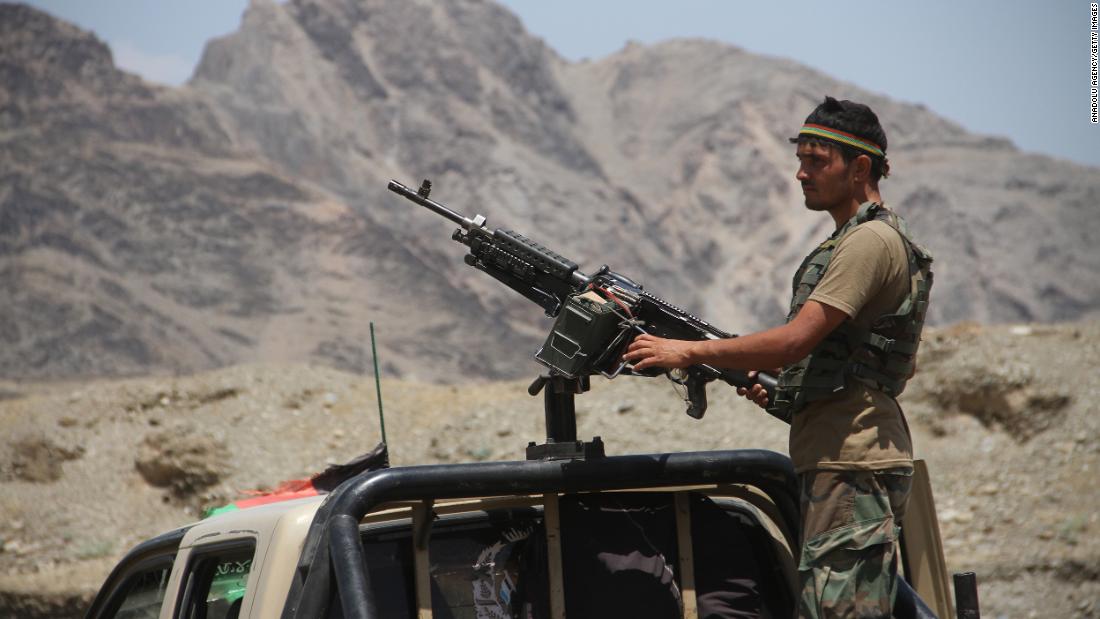 Nine provincial capitals have now fallen to the insurgent group — in several cases with minimal resistance from the Afghan security forces. The Taliban now control territory they were unable to subdue when they were in power between 1996 and 2001.

CNN saw a graphic example of how low morale is among some army units on a visit to the city of Ghazni, three hours from Kabul. A group of soldiers who had been under fire from Taliban snipers simply ran from their base, flagged down a passing car and left.

When CNN returned to the same base the following day, some soldiers had changed into civilian clothes — a clear sign of their fear of the Taliban, of a desire to melt away should the rebels get any closer. On Wednesday, video from the airbase in Kunduz, in the north, showed many surrendering soldiers not wearing uniforms.

Security forces in many parts of the country seem overwhelmed — fearful of assassination or car bombs, and of the relentless Taliban offensive that is forcing the government to choose what it will defend and what it will surrender. Afghanistan’s best troops, the US-trained commandos, are overstretched.

Besides the provincial capitals that have already fallen, another dozen or so are under imminent threat, surrounded and connected to Kabul only by air.

CNN visited Kandahar — Afghanistan’s second largest city — last week. Its defenders were under siege. They didn’t know when or whether they would get reinforcements. Since then, the pressure has only grown.

The Taliban said Wednesday that they had taken control of the main prison in Kandahar city and released around 1,000 inmates. They have done the same elsewhere, often replenishing their ranks in the process. A government spokesman acknowledged the prison had fallen, and said most of the inmates were criminals.

Just a few hundred meters from the prison, a wedding hall that CNN visited which was a frontline position of Afghan commandos just days ago is now under the control of the Taliban, according to a Kandahari member of parliament.

In capturing police and military bases, the Taliban have acquired armored vehicles, Humvees and heavy weapons as well as dozens of the ubiquitous pick-up trucks. A steady stream of captured vehicles, many of them provided by the US, left the Kunduz base Wednesday. One of the rebels could be heard saying that the weapons they’d seized were enough for all the mujahideen in Afghanistan.

In the face of the Taliban advances, there doesn’t appear to be a coherent strategy to turn the tide. The loss of life is staggering, with 6,000 killed since mid-April due to the unrest. There is talk of a reshuffle of senior military commanders. President Ashraf Ghani visited the city of Mazar-e-Sharif on Wednesday — one of very few in the north still in government hands — to push his appeal for civilians to join a “popular uprising” and fight the Taliban.

One of the Afghan warlords accompanying him was Marshal Abdul Rashid Dostum. He was defiant, saying the Taliban had “many times made their way to the north, and they were caught in the trap, and with the will of God this time as well.”

“Escaping from the north is not an easy job,” he said.

Brave words, but right now the Taliban has no need to escape the north. It faces little resistance: the greatest threat appears to come from sporadic air strikes — some of them carried out by US bombers.

Somehow the Afghan government has to find a strategy for turning the tide. There is certainly some resentment here that the US withdrawal has been so quick and that its leverage over the Taliban in the Doha talks has been so feeble. As the Taliban gobbles up territory, they have even less incentive to negotiate.

The overwhelming feeling of people who are in areas still controlled by the government is fear. Kabul may feel secure at the moment, but that may not last for long. The latest US intelligence assessment is that the Taliban could roll over government forces within a very few months.

There’s little evidence on the ground — in Kandahar or Ghazni — to contradict that assessment.