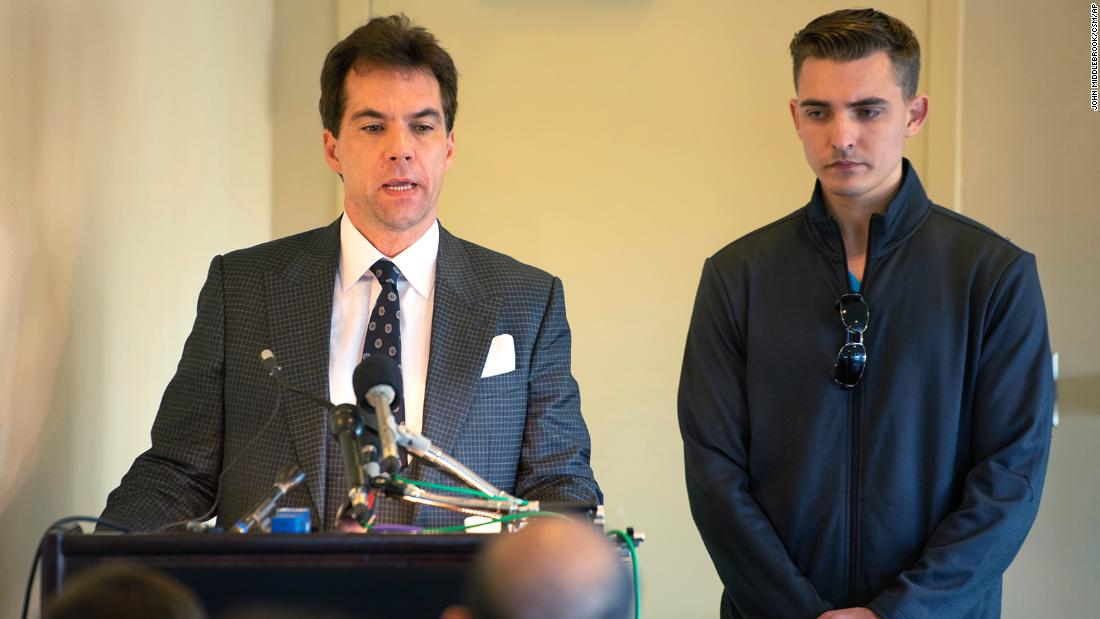 The decision, which is not yet final, follows charges by Michigan’s attorney general last year linked to hundreds of robocalls allegedly created by Wohl and Burkman and designed to discourage voting in the 2020 election. The robocalls allegedly warned listeners that voters’ personal information would be used against them by credit card companies and police departments.
In May, New York Attorney General Letitia James filed a separate lawsuit against Wohl and Burkman over similar allegations of voter suppression.

If affirmed, the proposed FCC fine against Wohl and Burkman would represent the largest ever brought under the Telephone Consumer Protection Act, the FCC said. The law outlaws robocalls sent to consumers who have not previously opted into receiving the calls.

CNN reached out to attorneys for Burkman and Wohl for comment Wednesday.

But Burkman told The Washington Post that the fine was “tyranny and madness,” and Wohl declined to say he made the robocalls.

As part of its investigation, the FCC said, officials interviewed consumers and also reviewed subpoenaed call records and recordings provided by two dialing service providers that Wohl and Burkman had hired to conduct the robocalling campaign. The 1,141 calls had been placed on Aug. 26 and Sept. 14, 2020, identified Wohl and Burkman by name and used Burkman’s phone number for the caller ID, the FCC added.

The call falsely claimed that mail-in voters will have their personal information shared with law enforcement “to track down old warrants” and that they could be added to a list for “mandatory vaccines.”

A federal judge previously ruled that James’ office was allowed to join a lawsuit against Wohl and Burkman filed by the National Coalition on Black Civic Participation and a group of voters over an effort to suppress Black voters.

Wohl and Burkman’s alleged campaign had reached “approximately 5,500 New Yorkers, sought to undermine and interfere with the then-ongoing efforts by the state of New York to fairly and safely administer its elections during the COVID-19 crisis and protect its citizens from voter intimidation and harassment,” her office previously said in a statement.

The FCC said Burkman and Wohl have “admitted, under oath, their involvement in the creation and distribution of the robocalls,” citing court transcripts from that lawsuit.

CNN previously reported the voice on the robocall said it was sponsored by a group founded by Burkman and Wohl, who have spent years perpetrating hoaxes and false smears against Democratic politicians and opponents of former President Donald Trump.

During an interview with CNN last year, Wohl denied that he or Burkman was responsible for the misleading and racist calls and said they had learned about them only after Burkman started receiving angry messages from people who had seen his number on their caller ID.

“We’ve never done any robocalls,” Wohl said at the time. “We are categorically uninvolved.”