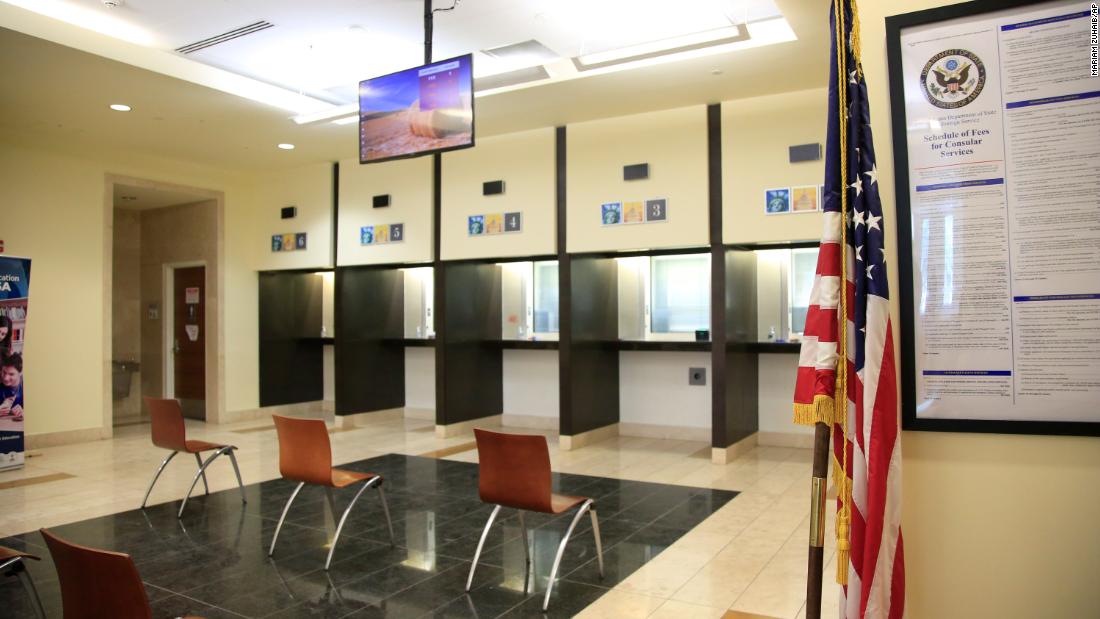 Sullivan was asked whether the administration regrets “not moving quicker to evacuate more Afghan civilians who worked with the United States.”

In response, Sullivan acknowledged that the SIV program was not intended for mass evacuation purposes but claimed the Trump administration left a backlog which set the Biden administration back nonetheless.

“When we took office in January, the Trump administration had not processed a single Special Immigrant Visa since March of 2020, in nearly a year,” Sullivan said.

Facts First: This is incorrect. Between March 2020 and the end of December 2020, at least 523 Afghan Special Immigrant Visas were issued. That being said, the Biden administration did inherit a significant backlog of SIV applicants — more than 17,000 — due in part to policies enacted under the Trump administration which slowed down the SIV review process.

The White House told CNN that Sullivan was referring to the Trump administration stopping in-person interviews in Kabul, which is a mandated part of the SIV process. Even though State Department reports indicate there were no visa interviews conducted at the US Embassy in Kabul from March 2020 through the end of December 2020, visa applications of those who had already been interviewed were still processed during that time.

According to the State Department, interviews were stopped due to Covid-19 restrictions.

The report on the status of the Afghan Special Immigrant Visa Program for the quarter ending in December 2020 noted, “There were relatively few interviews this quarter because U.S. Embassy Kabul was closed for in-person visa services due to the prevalence of COVID-19 in Afghanistan. In all nine cases, the applicants requested to have their interview conducted at an alternate post.”
The report did not include whether those interviews took place elsewhere but as of December 31, 2020, “622 principal applicants and 2,438 derivative family members were pending scheduling for visa interviews.”
While the pause in interviews contributed to the backlog, it was not the only factor. The Biden White House also pointed CNN to a viral Twitter thread from Olivia Troye, a former adviser to Vice President Pence, who said the Trump administration did take steps restrict refugee admissions and undermine the SIV program.

And Adam Bates, policy counsel for the International Refugee Assistance Project, which represents Special Immigrant Visa applicants and refugees, noted that the number of SIVs issued did decrease under the Trump administration.

“President Trump also oversaw a substantial reduction in the issuance of those visas compared to President Obama,” Bates told CNN. “I suppose that’s not strictly relevant to an ‘evacuation’ but the program protects people who are under threat for their service to the U.S. mission and fewer visas issued means fewer U.S. allies and their families have a pathway to safety.” However, the Biden administration is not entirely blameless, as experts say they could have addressed the delays sooner.

Faiza Sayed, director of the Safe Harbor Clinic, told CNN that the State Department and Department of Homeland Security, which oversee the SIV program, “could, but have failed to speed up the process.”

Under the Biden administration, immigrant visa interviews resumed at the US Embassy in Kabul. But as of August 24, the State Department issued a statement that “all immigrant visa appointments, including Special Immigrant Visas (SIVs), at the Embassy have been cancelled,” but clarified that, in addition to U.S. citizens, their “efforts are devoted to evacuations at Hamid Karzai International Airport” particularly for “our locally employed staff; personnel from partner nations and international organizations with whom we have agreements; Afghan Special Immigrant Visa holders and applicants; certain immigrant visa applicants; Afghans who would be eligible for P1/P2 refugee programs; and certain Afghans at risk.”