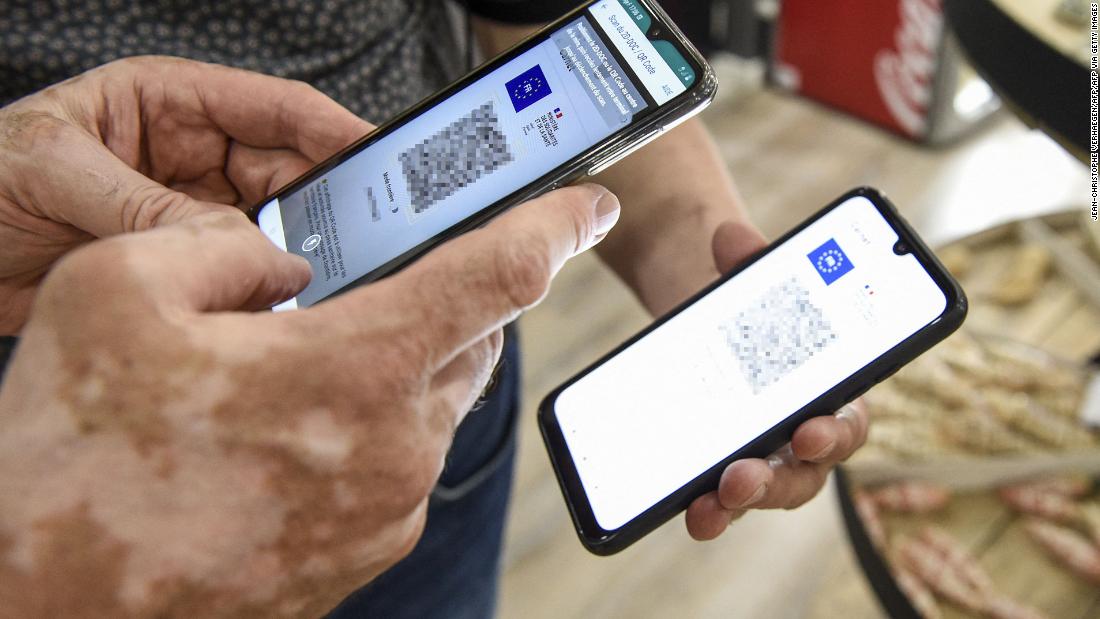 Now, Rep. Chip Roy from Texas is claiming that President Joe Biden is working to institute a vaccine passport across the country.

During his speech Thursday at the right-wing Young America’s Foundation conference in Houston, Roy said “President Biden and his administration and Democrats are trying to institute a vaccine passport.”

“But the good news is,” Roy added, “if they do so while you’re here — since each and every one of you are freedom loversb– you’ll get stuck in Texas. You get to stay here instead of having to use a vaccine passport.”

Facts First: This is misleading and needs context. Only New York City has announced a vaccine passport requirement and the White House has said repeatedly there won’t be a federally mandated vaccine passport.
There were reports earlier this year that the White House was working on a system for individuals to show they have been vaccinated, but the administration has said there will be no federal mandate for any such credentials. Many states have proactively banned vaccine passport requirements while New York City was the first to announce such requirements for places like gyms, indoor dining and concert halls.
On Tuesday, Biden was asked about this new requirement in NYC and whether other cities should implement a vaccine passport mandate “to use public spaces.”

“I don’t think they need to do that,” Biden said. “I think they just need to give the authority of those restaurants or businesses to say, ‘In order to come in, you have to give proof that you’ve been vaccinated or you can’t come in.'”

During the presser Biden was also asked if he thought more cities should adopt NYC’s rules for gyms and restaurants to which he answered “I do.”

On Wednesday, Reuters was the first to report that the White House is working on a plan to require almost all foreign travelers to the US to be fully vaccinated.
Some countries have adopted various forms of vaccine passports for citizens to travel or enter places like restaurants, bars, and event spaces, though some allow a recent negative test to replace proof of vaccination. Days before France’s parliament passed such a law in late July, more than 160,000 people took part in protests against the new “health pass.”

A spokesperson for Roy’s office told CNN “(t)he Biden White House has been talking about vaccine passports for months. Congressman Roy was simply discussing what was already obvious from public reporting.”

But Roy’s comments implied that Biden was working on a way to limit someone’s ability to freely move around the US and CNN has seen no evidence to back up that assertion.

Vaccine passports and verification systems continue to be discussed as more companies require employees to get vaccinated, but there is no federally mandated vaccine passport plan that the White House and Congress are currently working to implement.